She is one of the world’s most beautiful women, but Rosie Huntington-Whiteley feels under pressure to submit to cosmetic treatments nevertheless.

And she’s regularly told she needs injections of toxins.

‘I don’t like to try anything extreme,’ says Rosie.

She is one of the world’s most beautiful women, but Rosie Huntington-Whiteley (pictured at the #REVOLVEawards 2019 at Goya Studios in Hollywood, California) feels under pressure to submit to cosmetic treatments nevertheless

‘I’m cautious, especially in LA where people are like, “Do you want breakfast and Botox?” and I’m like, “Uh, no. I’ll take the breakfast and you can keep the Botox.”’

At least she doesn’t have to fret about her famous pout.

‘I never worry about my lips,’ she adds. ‘They stay in good shape.’ Phew!

He won an Oscar for The Lion King and made millions with his lyrics for West End hits, but Sir Tim Rice is feeling a little unrecognised.

Reminiscing about working with U.S. pop star Cyndi Lauper in 1989, he says: ‘It was soon clear that she hadn’t a clue who I was, so I managed to subtly inform her that I’d written the words for One Night In Bangkok, which had been a massive hit in the States.

‘And by the time I’d flung Superstar and Evita into the mix, Cyndi’s enthusiasm had perked up a bit.’

He adds: ‘Funnily enough, I met her in a restaurant in Barnes about 25 years later, and on that occasion she thought I was [impresario] Robert Stigwood.’ 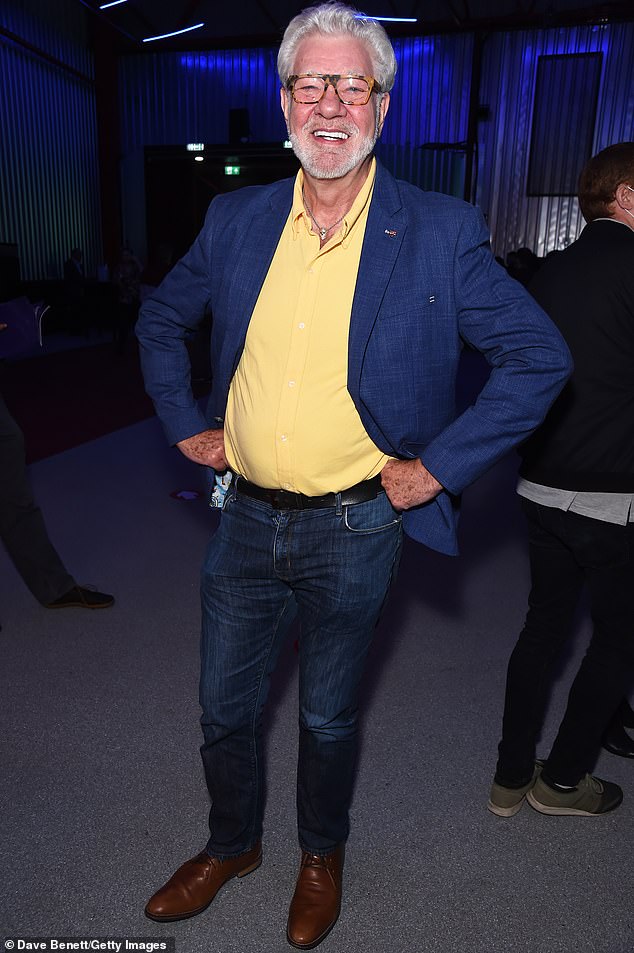 Known as the king of Saturday night TV when he presented hit shows such as Stars In Their Eyes and Game For A Laugh, Matthew Kelly (pictured at the press night performance of Sleepless: The Musical at the Troubadour Wembley Park Theatre) has turned down the chance to win a new generation of fans by competing on Strictly Come Dancing

Known as the king of Saturday night TV when he presented hit shows such as Stars In Their Eyes and Game For A Laugh, Matthew Kelly has turned down the chance to win a new generation of fans by competing on Strictly Come Dancing.

‘I was offered Strictly,’ he tells me at the first night of Sleepless, A Musical Romance, at the Troubadour Wembley Park Theatre.

‘While the money was good, I turned them down because I need to sell my work, not my life.

‘Dancing is not my thing at all, and I don’t really like reality TV shows.’

More from Richard Eden for The Daily Mail…

Back to school should lead to a tasty windfall for chocolate heir Cosmo Fry’s son Jude.

The Superdry model, 19, has set up a business with a fellow alumnus of £38,955-per-year Marlborough College called Pass It On, which sells second-hand private school uniforms.

‘We realised students leaving school were desperate to make money, and there was a huge market,’ Jude tells me.

‘Private school parents not only pay these incredibly expensive fees, but are also hit with a huge bill for uniforms.’

Jude, whose mother is former fashion writer Lulu Anderson, will start at Newcastle University this month. He spent summer in the South of France with his older brother, Orson, and Orson’s model girlfriend, Alexa Chung.

‘We aim to have 30 schools with a couple of thousand items to be doing very well, but we are happy at the moment.’ 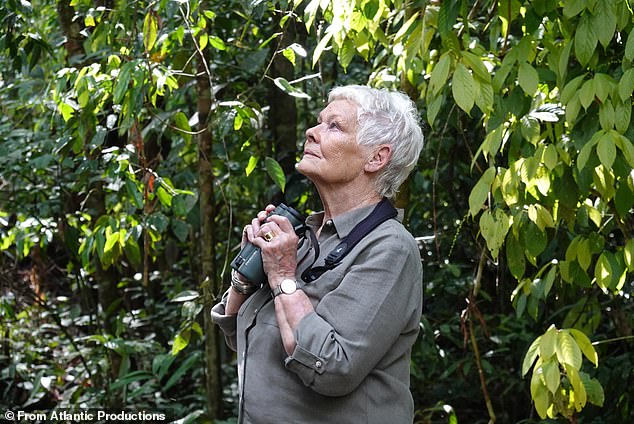 Having declared this week that she had no plans to retire, Dame Judi Dench (pictured in ITV’s Judi Dench’s Wild Borneo Adventure in 2019) has taken steps to shore up her finances

Having declared this week that she had no plans to retire, Dame Judi Dench has taken steps to shore up her finances.

I hear the Oscar winner’s appointed her daughter, Finty Williams, to be a director of the company which handles her ‘performing arts’ income, Smokey Oakey’s Mother Ltd.

Finty, 47, followed her mother and father, the late Michael Williams, into acting with roles in films such as Gosford Park.

Dame Judi, 85, is showing little sign of slowing down: this year alone she has five roles in production or post-production.