In the UK, where the race was shown at 4am local time, Sky Sports Racing aired Channel 10’s coverage coverage without ads, instead beaming a static image while viewers in Australia saw ads.

But the system wasn’t perfect – with a conversation between McGuire, Mills and journalist Tara Rushton unintentionally shown.

The trio ignore the golden rule that broadcasters should always assume the mic is on.

Eddie McGuire (pictured) was all dressed up for the Melbourne Cup on Tuesday, but didn’t expect an off-colour conversation with Rob ‘Millsy’ Mills to go to air

Rushton and Mills said hello back in a spot they clearly thought wasn’t being beamed live.

McGuire then praised himself and the station’s coverage of the day, saying ‘We’re on fire. Great opening segments.’

Mills agreed, saying it was ‘a great day’ and then pointed out the window from their broadcasting area.

‘Clouds are coming, how long do you give it (before it rains),’ Mills said to Maguire.

‘What can you feel in your waters,’ Rushton adds.

And then the conversation takes a turn for the crude.

‘Mate, if Millsy keeps standing up, the sun will shine. We know what the sun shines from.’ 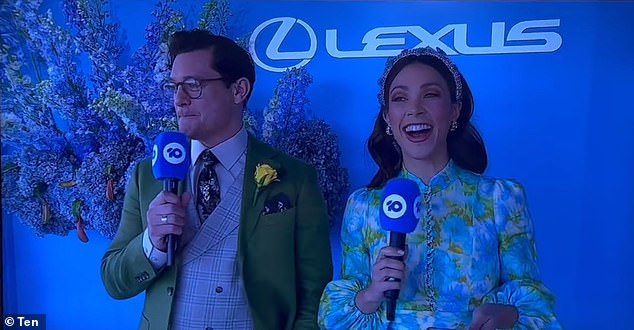 Mills and Rushton smile and thank McGuire for the comment, in on the joke, but with no idea it’s going out live.

‘Thanks very much, I appreciate that,’ Mills said.

The trio then start talking about tips for the Melbourne Cup before the static image returned and their conversation faded out.

Gold Trip took out the 2022 Melbourne Cup, storming home down the straight in a furious sprint.

Gold Trip’s jockey Mark Zahra admitted the final moments where the horse bolted toward the finish-line were nerve-wracking. 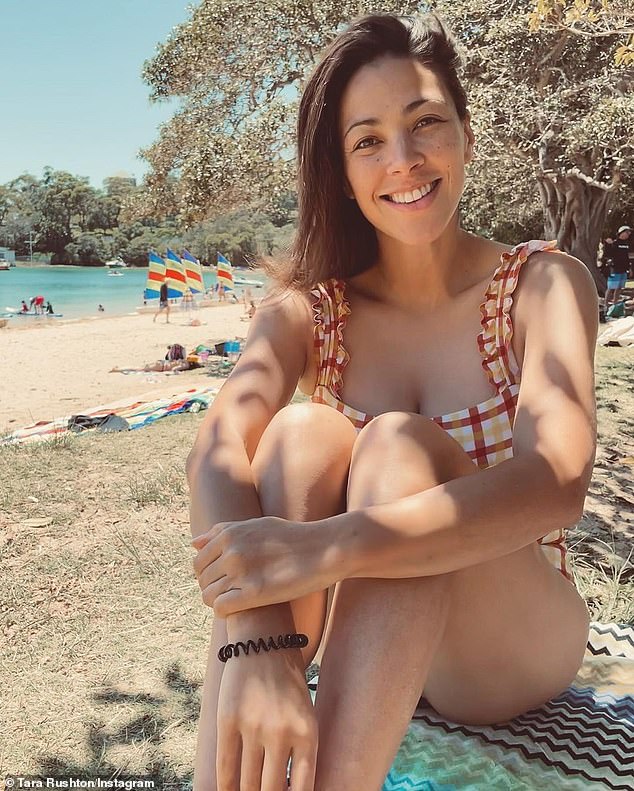 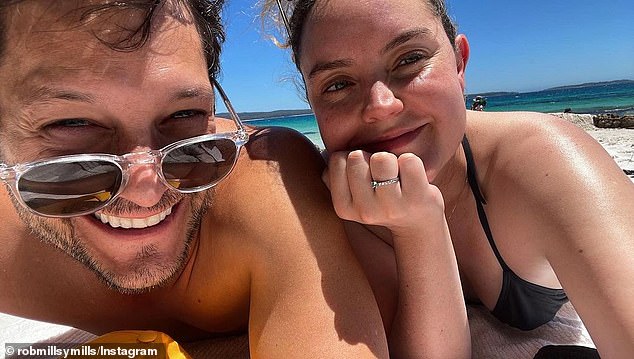