England will seek urgent medical updates on captain Owen Farrell and hooker Jamie George when reconvening at their Surrey HQ at lunchtime on Monday, ahead of Saturday’s clash with South Africa.

The Saracens pair were forced off during the 32-15 win over Australia at Twickenham, casting some doubt on their participation in the autumn series finale against the world champions.

George was withdrawn at half-time after what head coach Eddie Jones described as a ‘fair whack on his knee’.

If he is ruled out, with Luke Cowan-Dickie also on the casualty list, Jamie Blamire could be promoted to start. Farrell went off in the closing stages after suffering a painful blow to his left ankle.

There has also been considerable disruption caused by Covid cases, with both leading loosehead props, Ellis Genge and Joe Marler, currently isolating after contracting the virus.

Genge will not be available and Jones must decide whether he can pick Marler despite a lack of training. ‘We are running a bit short of troops,’ said the head coach. 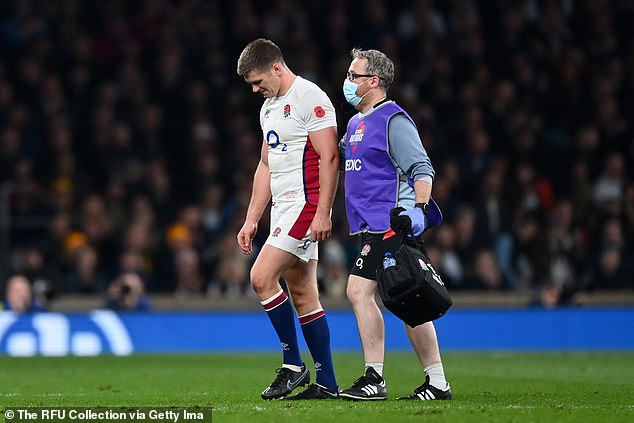