BREAKING NEWS: Eddie Howe tests positive for Covid-19 and will MISS his first match as Newcastle manager against Brentford on Saturday after going into isolation in a major blow on the dawn of a new Magpies era

Eddie Howe will miss his first match in charge of Newcastle United after testing positive for Covid-19.

The 43-year-old learned the news on Friday following a routine test, just 24 hours before the visit of Brentford to St James’ Park.

Assistant head coaches Jason Tindall and Graeme Jones will now lead the team as they go in search of their first win of the season.

Howe, whose 10-day isolation period is also set to include next weekend’s trip to Arsenal, said: ‘I’m very disappointed that I won’t be there with you all at St. James’ Park tomorrow, but it is incredibly important that I follow the guidelines and self-isolate. 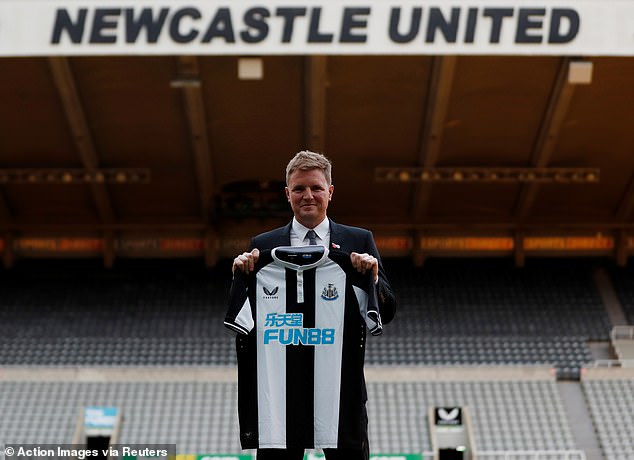 Howe, 43, was due to be in the St James’ Park dugout for the visit of Brentford on Saturday

‘I’d like to reassure everyone that I feel fine, and while this is unwelcome news for me, I know it hasn’t derailed our preparations for what is an important game.

‘I have been, and will be, in constant communication with my coaching team and the players, both tomorrow and during the week, and I know they will be giving everything on and off the pitch.’

Howe was appointed as Newcastle’s first appointed head coach since the Saudi-led consortium bought the club from Mike Ashley for £305million earlier this year – but he will now have to wait for his first public outing as Magpies boss due to self-isolation protocols.

The new boss has spent the international break on the training ground with his squad – and vowed bringing in attacking play to the Magpies after the tenure of Steve Bruce. 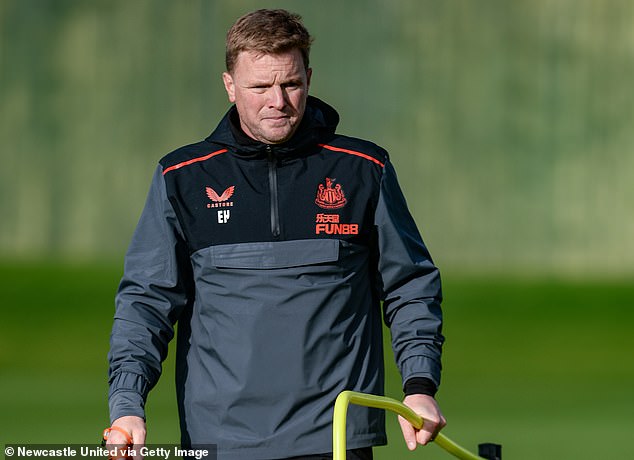 In a press conference earlier on Friday, Howe was asked if any of the group had surprised him since he took over.

The head coach said: ‘Just picking one, for example, Jonjo Shelvey. I knew how good Jonjo was on the ball technically, having played against him and seen him many times.

‘When you actually work with him, you realise he’s an incredible technician, and he can play passes all over the pitch, long and short.

‘He’s someone that I’ve looked at, in terms of our philosophy and how we want to play, and he’ll be very important for us as the season develops.’