Ian Watmore has stepped down as ECB chairman after barely 13 months into a five-year-contract after losing the confidence of the counties at a ‘shambolic’ meeting at Lord’s last week.

Already under pressure for his part in the cancellation of England’s tour of Pakistan, the 63-year-old Watmore had been expected to preside over a one-agenda discussion – namely, whether next year’s county championship would revert to two divisions or retain the conference set-up that has helped it through another Covid-hit summer.

Instead, the meeting turned into what one county official told Sportsmail was a ‘dog’s breakfast’, with no decision reached on the domestic structure, and county chiefs questioning Watmore’s ability to juggle his role on the global stage at the ICC with the demands of the county game.

‘You got the feeling he was shot to pieces from the whole Pakistan situation,’ said the official. ‘It was clear the ECB hadn’t thought through the consequences of not reaching a decision on the domestic structure.’

When complaints were sent at the end of last week to ECB deputy chairman Barry O’Brien – who now steps in as interim chair, but has no interest in the job in the long term – the writing was on the wall for Watmore.

On Thursday, he spoke of his ‘own wellbeing’, and added: ‘I was appointed to the post in a pre-pandemic era, but Covid has meant the role and its demands on time are dramatically different to all our original expectations, which has taken a personal toll on me.

‘I would now like to retire completely from work, and enjoy our great game as a spectator.’ 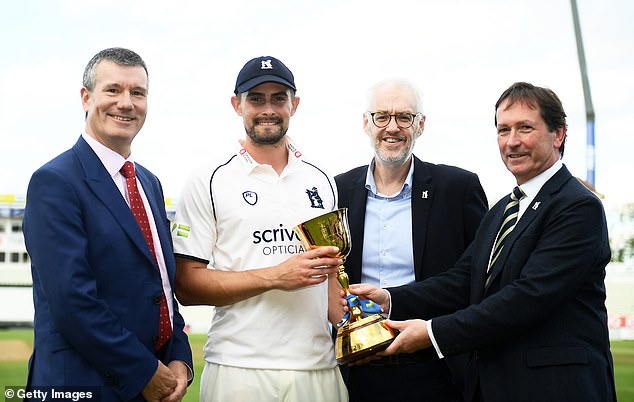 Watmore (left) previously worked at the FA, and hasn’t lasted long in his role with the ECB

Back in 2009, Watmore pushed for reform as chief executive of the Football Association, but found himself blocked by the powers at the Premier League, and resigned after less than a year. Similarly, his time in the hotseat at Lord’s will be remembered for a failure to impose his leadership effectively.

In an interview with Sportsmail last week, he suggested the decision on whether England would tour Australia could drag on until the departure date in early November.

His tenure has featured India leaving the country rather than playing the fifth and final Test of the series in Manchester, and the controversial decision days later to pull out of the goodwill tour of Pakistan. Now he leaves a £150,000-a-year role – he was the first board chairman to be paid – with the next season’s domestic structure still up for grabs.

Watmore did help steer cricket through the pandemic, and oversaw the launch of The Hundred – though that development is regarded more favourably at the ECB than it is by many of cricket’s more traditional fans.

But his nickname of ‘Invisible Ian’ emerged after the ECB’s failure to adequately explain the Pakistan decision.

Then, a fortnight ago, despite arriving at Edgbaston in plenty of time to present Warwickshire with the Championship trophy, he lingered behind others on the outfield, and passed the honour to a long-serving club employee Keith Cook. 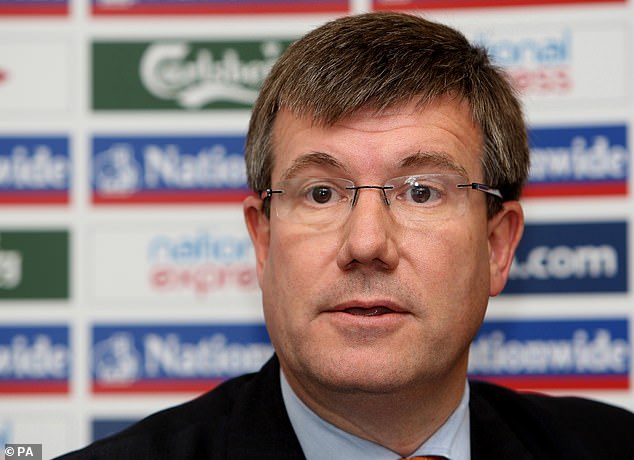 Watmore did help steer cricket through the pandemic, and oversaw the launch of The Hundred

It was a nice gesture – and Watmore’s integrity was never in doubt – but there were suggestions he wanted to avoid the fate of his chief executive, Tom Harrison, who was booed by supporters when presenting Essex with the trophy in 2019.

This week, Watmore was a late withdrawal from the annual Cricket Writers’ Club lunch at The Oval.

In truth, he became overwhelmed by the task at hand, not least because the ECB chairmanship involves so much time dealing with global matters at ICC level, where he played an important role in the removal of Manu Sawhney, an unpopular chief executive, and argued strongly for cricket’s inclusion in the Olympics.

But the energy required to navigate the corridors of power at international level left with him less time to devote to the smaller, but equally complex, world of county cricket.

It is understood this imbalance was raised at a formal review of his position six weeks ago. Even though his relationship with the counties had largely been cordial, the board had little option after the Lord’s meeting on September 29 to agree to his dismissal.

The decision was unanimous, and the news broken to Watmore on Wednesday. He is said not to have objected.

One potential candidate to replace him is Wasim Khan, 50, who recently quit as chief executive of the Pakistan Cricket Board in the aftermath of England’s withdrawal.

However, Sportsmail understands that Khan, who has already been the subject of one approach from an international board in recent days, intends to spend some time with his family in the West Midlands – he has two daughters of senior school age – when he returns from Lahore at the end of the month.

Arguably, his three-year experience with the PCB and at Leicestershire and the Chance to Shine charity before that make him more suitable for the CEO role.

Whoever takes over will have to reassure the counties that he or she is committed to domestic cricket – and quell disquiet about a lack of former players on the ECB board of directors, amid growing fears over a disconnect with the contemporary game.