EXPRESS INFORMER > News & Politics > Earnie Shavers, the hard-punching heavyweight boxer who fought for the title twice, has died at 78

Earnie Shavers, the hard-punching heavyweight boxer who fought for the title twice, has died at 78

Earnie Shavers, a man who became widely known as one of the hardest punchers in the world of boxing and fought in the 1970s, died Thursday just one day after turning 78. A cause of death has not been revealed.

Shavers fought mainly during the 1970s, though his career stretched through to the mid-1990s. He finished his career with a record of 74-14-1 and 68 knockouts.

Shavers fought for the heavyweight title twice in his career – once against Muhammad Ali in 1977 and once against Larry Holmes two years later.

Ali gave Shavers the moniker ‘The Acorn’ before their fight at Madison Square Garden because of his shaved bald head.

But Ali had to survive 15 rounds to get the decision that let him retain the heavyweight title.

After the bout, Ali uttered one of his greatest lines when discussing the impact of Shavers’ punches.

‘Earnie hit me so hard, it shook my kinfolk in Africa,’ Ali said.

Heavyweight boxer Earnie Shavers has died at the age of 78. The cause of death is unknown. 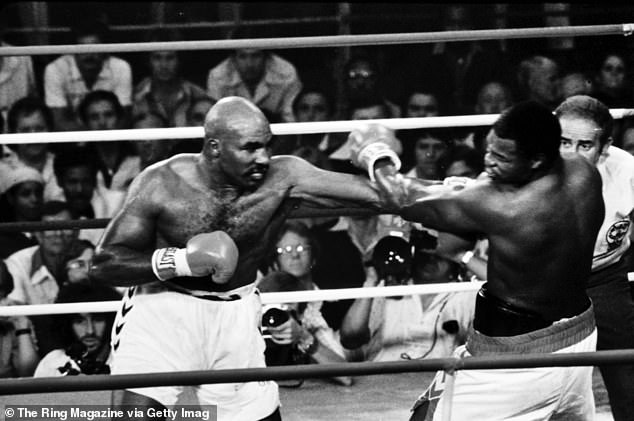 Shavers fought for the heavyweight title twice, including here against Larry Holmes in 1979

Shavers fought for the WBC belt again against Larry Holmes, knocking him down in the seventh round.

Holmes continued on, beating Shavers in the 11th, but remarked that the punch Shavers threw that dropped him was the hardest he had ever been hit with.

Ali and Holmes were not the only peers of Shavers’ who feared the strength of his punches. Former heavyweight champion George Foreman once told David Letterman: ‘I never fought Earnie Shavers, thank goodness.’

After making several comeback attempts, Shavers hung up the gloves for good in 1995 when he was 51 years old. 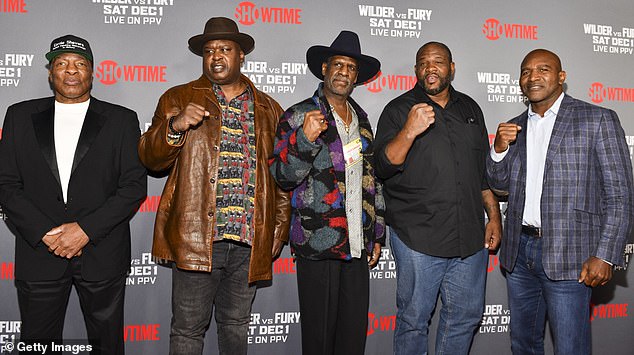