A Dutch police chief has called for the end of ‘paedophile hunts’ after teenagers beat a 73-year-old retired teacher to death in Arnhem.

Jan Kruitwagen was snared by boys who posed as a 15-year-old in a gay chatroom and invited the former teacher to meet in a park in the city.

Kruitwagen was aware that he was supposed to be meeting a child, investigators said, but there was no evidence of any previous sexual abuse.

The pensioner arrived at the meeting point on October 28 and was then followed home by the gang who beat him up. Kruitwagen died of his injuries in hospital.

A lawyer for one of seven boys arrested told local media that his client had been drawn into the vigilantism ‘out of boredom in this corona time.’

Mourners pay their respect during the commemoration for former teacher Jan Kruitwagen in Arnhem, the Netherlands, November 7 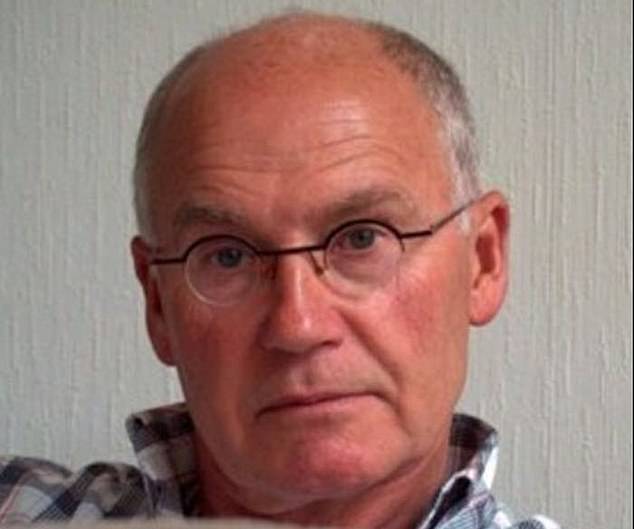 Jan Kruitwagen, a 73-year-old retired teacher, was beaten to death on October 28 after being snared by ‘paedophile hunters’

He emphasised that his client was not involved in the beating itself.

Six of the seven teenagers arrested are under 18. Two of them have been remanded into custody.

The lawyer Jamil Roethof told national paper De Gelderlander that the boys had no premeditated plan to attack Kruitwagen and only wanted to confront him. He suggested that the retiree died of a fall.

Local media said that the gang of boys had been inspired by reading reports of these cases.

Dozens of former pupils, colleagues and friends of Kruitwagen held a candle-lit vigil for the retired teacher last weekend.

Arnhem Mayor Ahmed Marcouch has called it an ‘awful crime.’

The practice has been specifically banned by public prosecutors and the police in the Netherlands.

The vigilantes say that they only act to protect children, but similar groups in Britain have been described by one chief constable as ‘not helpful.’

Although the practice has led to successful prosecutions against numerous paedophiles in the United Kingdom, it has also led to suicides and alleged assaults of those targeted. 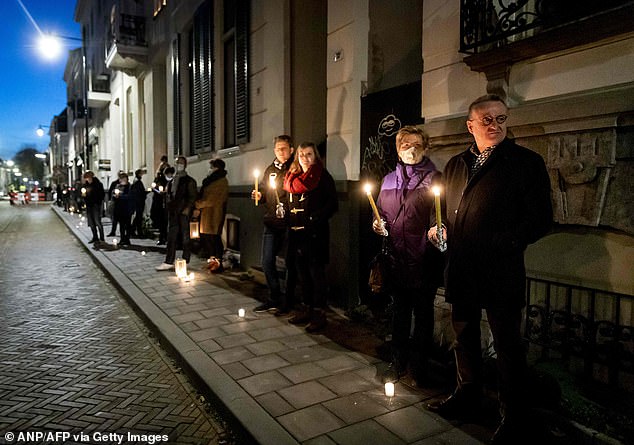 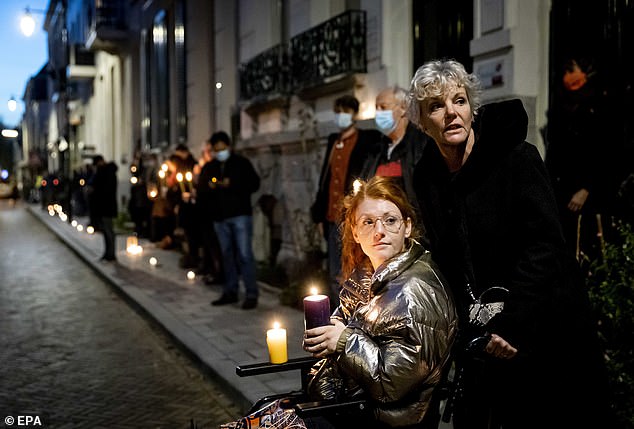 In the UK, the vigilantism of paedophile hunters is not against the law.

Simon Bailey, chief constable of Norfolk Police, said last year: ‘I can’t deny they’ve led to convictions, but they’ve also led to people being blackmailed, people being subject of GBH (grievous bodily harm), the wrong people being accused, people committing suicide as a result of interventions, family lives being completely destroyed, in the name of what? Facebook likes.’

However, the Dutch police chief Dros said he did not know of a single example which had led to a paedophile being convicted.

He said the vigilantism had ‘no effect, because the evidence these citizens believe they have is often paper thin.’