His powerful frame and muscular physique have won him three AFL premierships and a legion of female fans.

But Dustin Martin looked a shadow of his former self on Monday when he was seen for the first time since undergoing surgery in July for a lacerated kidney.

The Richmond Tigers superstar, who was placed on a strict fruit-only diet to help his recovery, appeared noticeably slimmer as he stepped out solo in Melbourne.

Martin looked uncharacteristically slender in light grey tracksuits pants and a black T-shirt that hung off his frame.

He wore a disposable face mask – and bizarrely appeared to be carrying a television remote as he stepped into his car. 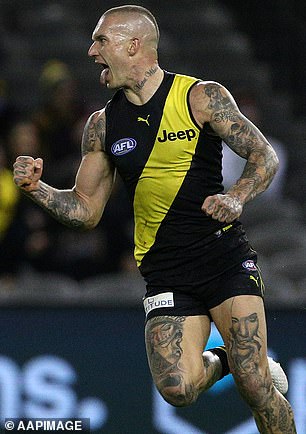 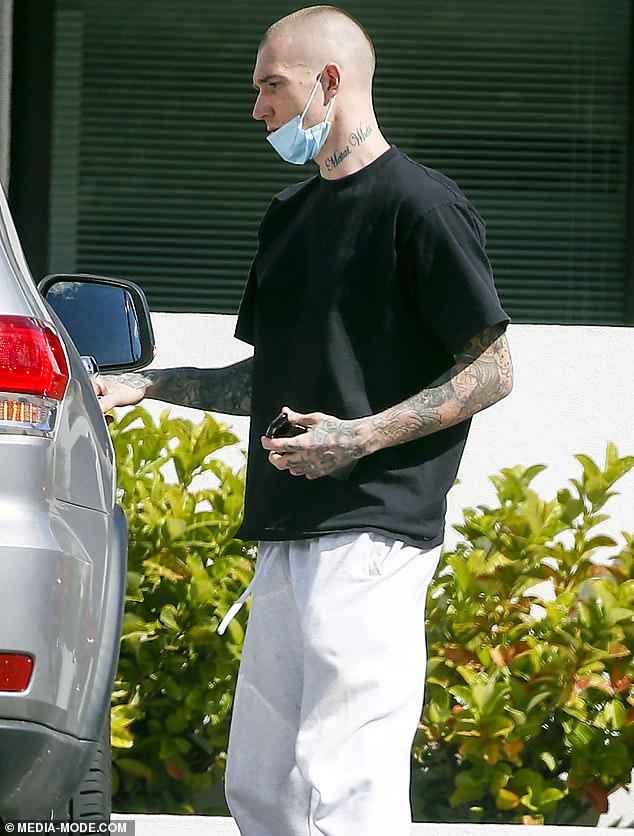 Martin underwent kidney surgery after he was injured in a match against Brisbane in July on the Gold Coast and is now looking noticeably lighter. He is seen getting into his car on Monday

The 30-year-old, who is understood to have lost a staggering 10kg since his surgery, seemed in good health despite his new slimmed-down look.

‘He has had to manage his diet (for his) health a little bit over the last couple of weeks and will do over the next three to four weeks as well,’ he said. 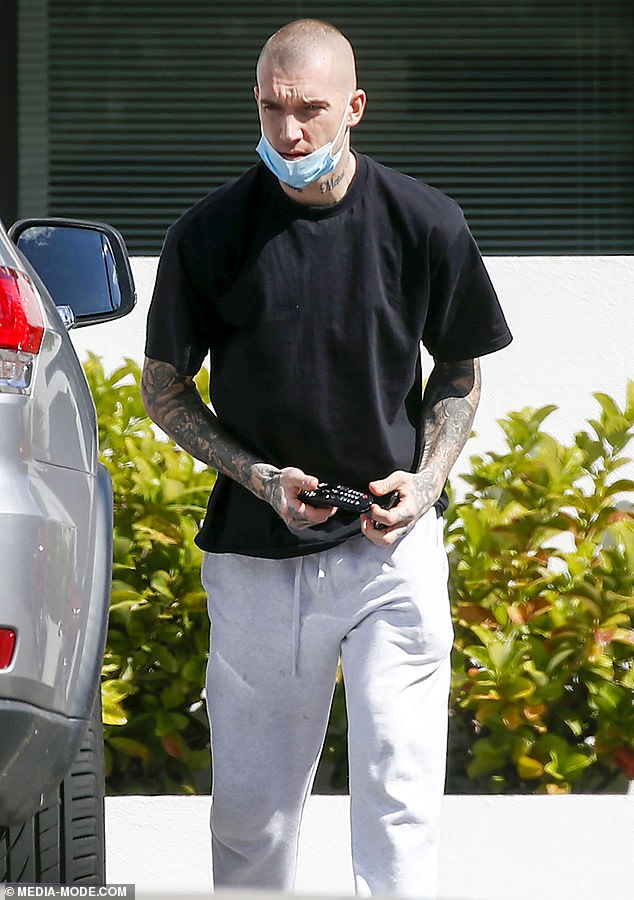 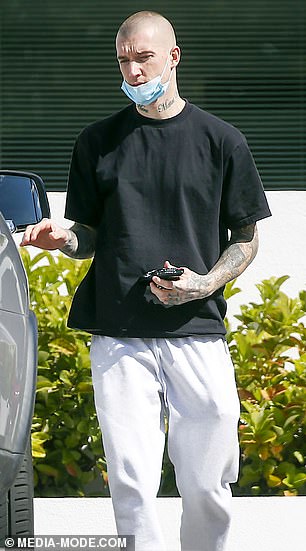 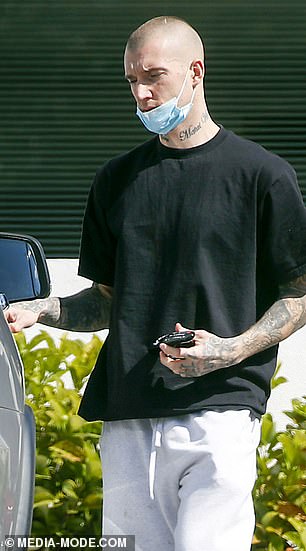 ‘He is working with specialists and once he has got the tick off from the specialists, he will be able to resume some form of light training over the off-season.’

Martin spent nine days in hospital after suffering a lacerated kidney in a brutal on-field clash with Brisbane player Mitch Robinson on July 16.

He missed the last month of the AFL season due to the injury.

Martin’s coach Damien Hardwick lauded the toughness of his big game performer at the time. 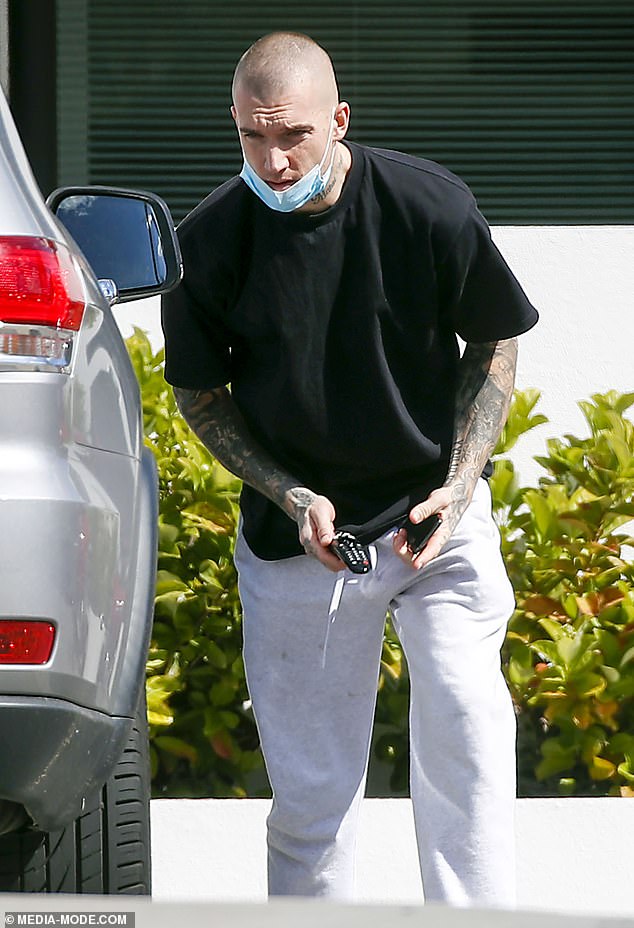 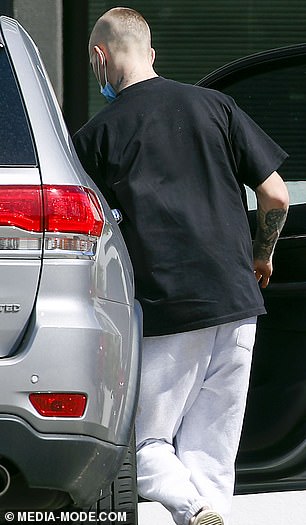 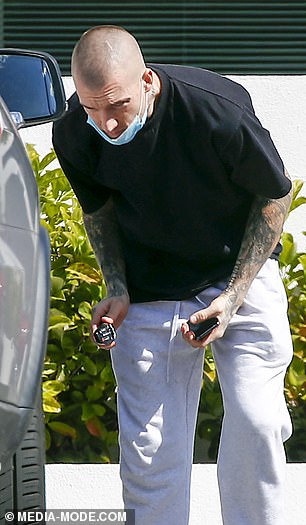 Martin appeared noticeably slimmer as he stepped out solo in Melbourne

‘The one thing that I will say about Dustin is mentally he handles these things very well… he’s in good spirits.’

Richmond’s premiership hopes went up in smoke as a result of Martin’s injury, but the three-time Norm Smith medallist is now poised to be front and centre as his team chase their fourth flag in six seasons next year.

The diet and the weight loss indicate Martin may be in for a changed role in 2022, with a lighter frame and greater endurance allowing him to spend more time in midfield rather than splitting his time there with his impact role up forward. 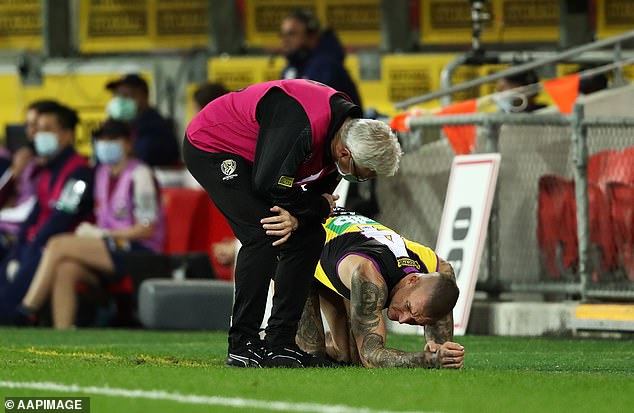 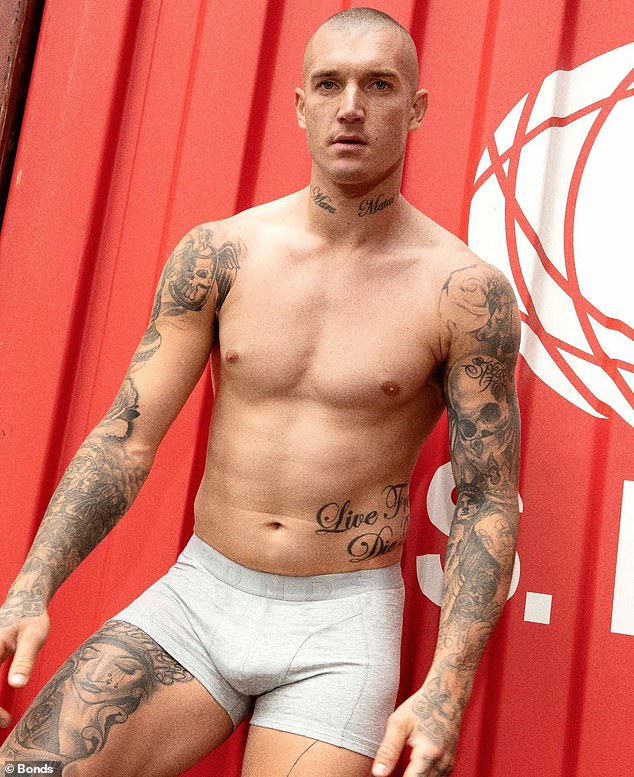 Martin is one of Australia’s most bankable sports stars, having inked sponsorship deals with the likes of Bonds, Nike, Archies Footwear and luxury watch brand Kennedy in recent years

He is a candidate to be Richmond’s new skipper after three-time premiership captain Trent Cotchin announced he is stepping down from the role earlier this month.

While he is a natural leader on the field, Martin is notoriously media shy and would struggle with the responsibilities which accompany the coveted position away from the paddock.

When he isn’t chasing a Sherrin footy, Martin is one of Australia’s most bankable sports stars, having inked sponsorship deals with the likes of Bonds, Nike, Archies Footwear and luxury watch brand Kennedy in recent years. 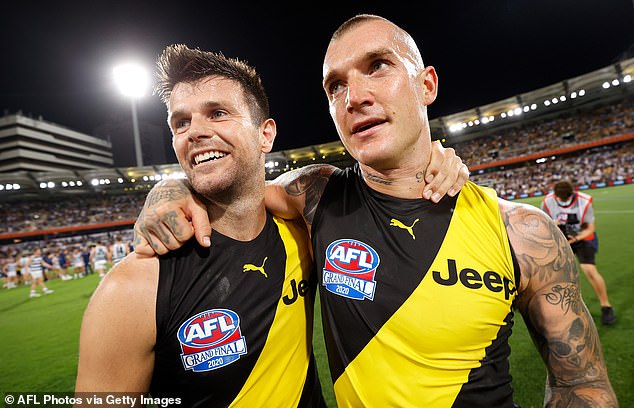 Hailing from Castlemaine in Victoria, Martin made his AFL debut in 2010 and has won three premierships with the Tigers, as well as the 2017 Brownlow Medal.

In 2019, the heavily tattooed athlete became a cult hero when he famously ditched his car at the Melbourne Cricket Ground car park for 65 days while celebrating Richmond’s premiership win.

Dustin Martin and glamorous swimsuit model Jessica Gomes were earlier this year rumoured to be in a romantic relationship.

The Richmond Tigers premiership hero, 30, and Gomes, 35, enjoyed ‘several’ dinner dates in Melbourne, according to a report in the Herald Sun in April.

While it was unclear if the pair are just friends or something more, a source confirmed they do know one another.

Friendly: Dustin Martin (right) and Jessica Gomes (left) were rumoured to be getting close

Jessica declined to comment when approached by the paper, saying: ‘I am so sorry, but I can’t comment on this. I don’t talk about my private life.’

The Tigers star, who won the Brownlow Medal in 2017, is notoriously guarded about his private life and rarely gives interviews. 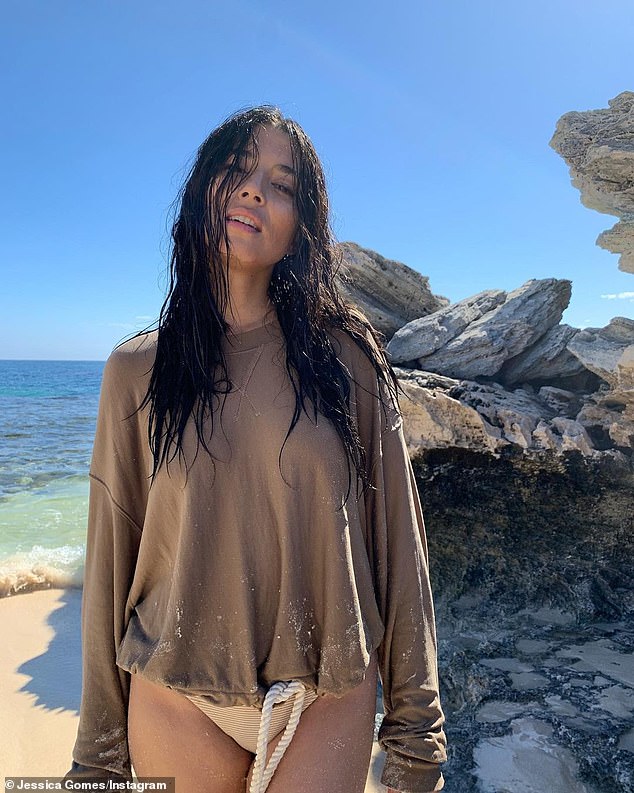 Dates? The Herald Sun claimed Martin, 29, and the model, 35, enjoyed ‘several’ dinner dates this year. Jessica declined to comment, telling the paper: ‘I am so sorry, but I can’t comment on this. I don’t talk about my private life’

Jessica was linked to Australian Formula One ace Daniel Ricciardo in 2019, but he flatly denied the rumours.

In 2016, she revealed that she was dating Australian actor Xavier Samuel, who starred in Twilight.

The pair called it quits in 2017, but only made the announcement in May 2018 and assured fans they’re ‘still friends’. 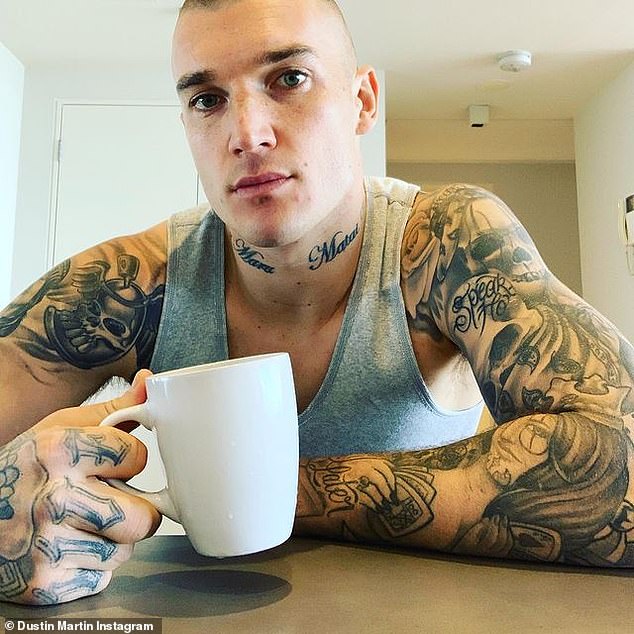 Private: Likewise, Dustin’s manager did not wish to comment on the claims. The footballer is notoriously guarded about his private life and rarely gives interviews

The model, who until recently was based in Los Angeles, appeared on Dancing With The Stars as a wildcard competitor in recent weeks.

Daily Mail Australia revealed in 2019 that Martin had broken up with glamorous Sydney food blogger and physiotherapist, Tania Acitelli.

He has also previously been linked to Phoebe Carpenter, who once dated rugby league star Mitch Pearce.