A ‘jetman’ who pushed the limits of autonomous human flight was killed during training in the deserts of Dubai.

Vincent Reffet, 36, of Annecy, France, who was part of Mission Human Flight, Dubai’s Expo 2020 efforts towards unassisted human flight, was killed during training this morning, Jetman Dubai said in a statement.

The organisation did not elaborate, though it said it was ‘working closely with all relevant authorities’.

The statement read: ‘It is with unimaginable sadness that we announce the passing of Jetman Pilot, Vincent (Vince) Reffet, who died this morning, 17 November during training in Dubai.

‘Vince was a talented athlete, and a much-loved and respected member of our team. Our thoughts and prayers are with his family and all those who knew and worked with him.’

‘Our thoughts and prayers are with his family and all those who knew and worked with him.’

Dubai police did not immediately acknowledge the incident. The United Arab Emirates’ General Civil Aviation Authority, which investigates all aviation incidents in this federation of seven sheikhdoms, did not immediately return a call for comment Tuesday night. 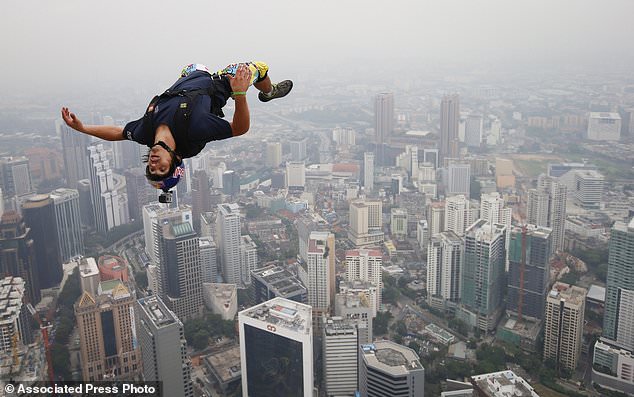 Vincent Reffet, 36, of Annecy, France, is seen base jumping from the 300-meter Open Deck of the Malaysia’s landmark, Kuala Lumpur Tower during the International Tower Jump 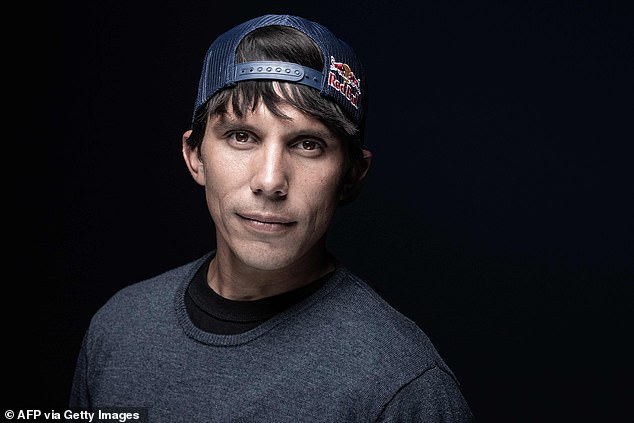 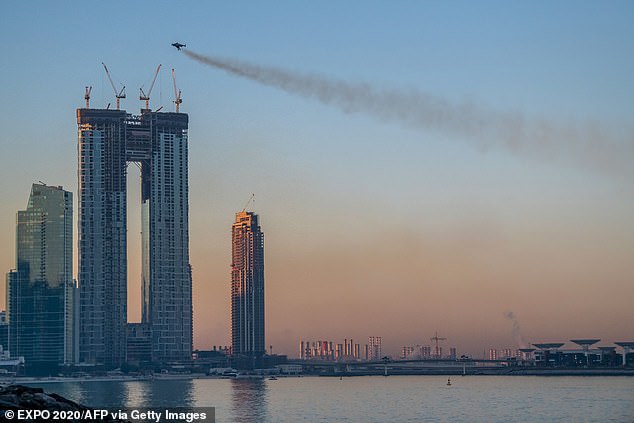 Reffet, known as Jetman, taking part in a flight in the Gulf emirate of Dubai 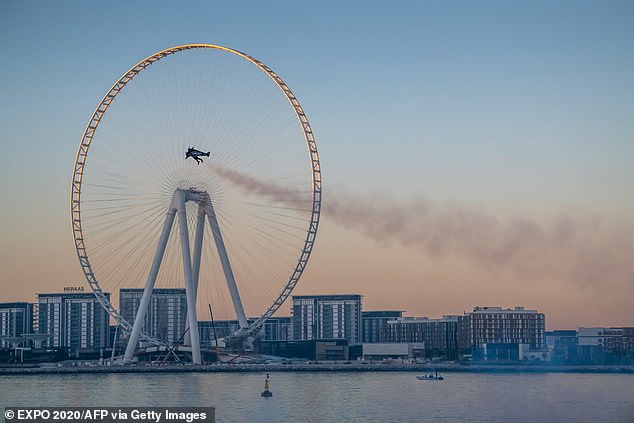 Reffet, known as Jetman, taking part in a flight near the Ain Dubai (Dubai Eye) Ferris Wheel in the Gulf emirate 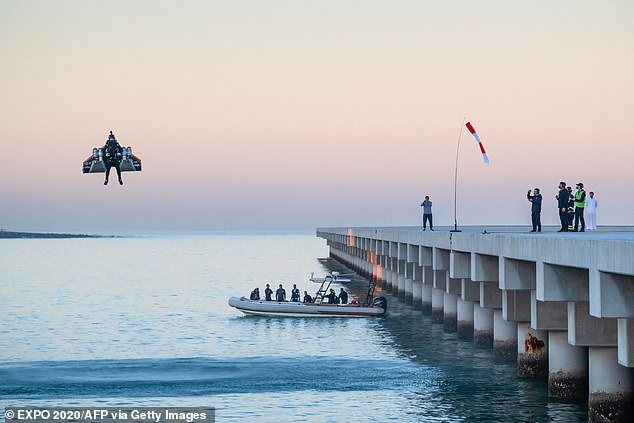 Reffet had BASE-jumped off the Burj Khalifa, the world’s tallest building at 828 meters (2,716 feet) in Dubai, setting a world record. BASE is an acronym for building, antenna, span and earth.

He earlier earned gold medals while competing as a free-flying skydiver on a team and competed as an extreme athlete sponsored by Red Bull. The thrills were in his blood as his parents also were skydivers.

‘I believe that if you dream big and if you love what you do everything is possible,’ Reffet was quoted as saying. 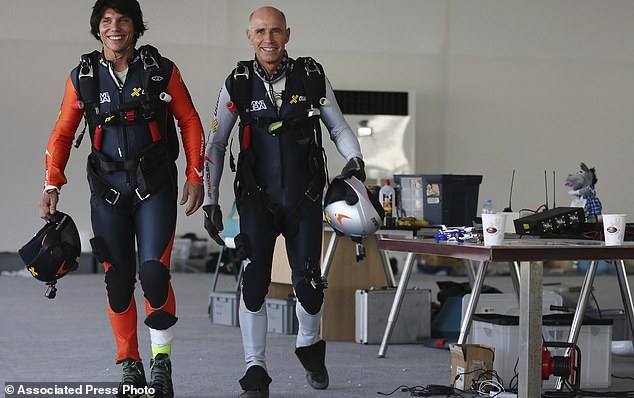 Reffet, one of Dubai’s ‘jetmen,’ whose flights over the world’s tallest building and alongside a jumbo jet with engines strapped to his back wowed watchers online, died this morning 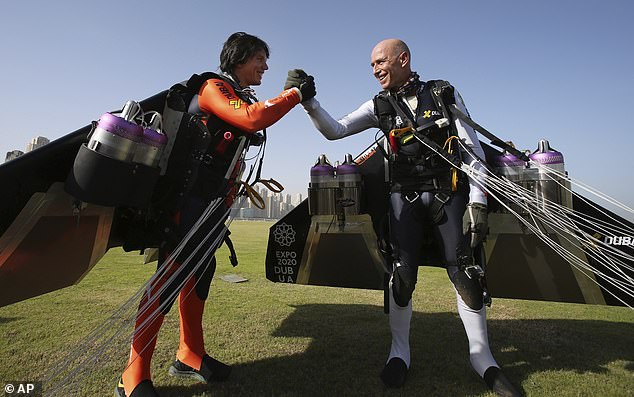 But the general public in Dubai came to know Reffet as part of Jetman Dubai. The organization, founded by Swiss adventurer Yves Rossy, sees its athletes zip across the sky with a four-engine, carbon-Kevlar wing strapped to their backs.

Under the brand of XDubai, which is associated with the crown prince of Dubai, Sheikh Hamdan bin Mohammed bin Rashid Al Maktoum, the jetmen have flown past the Burj Khalifa and other sites around the city-state. 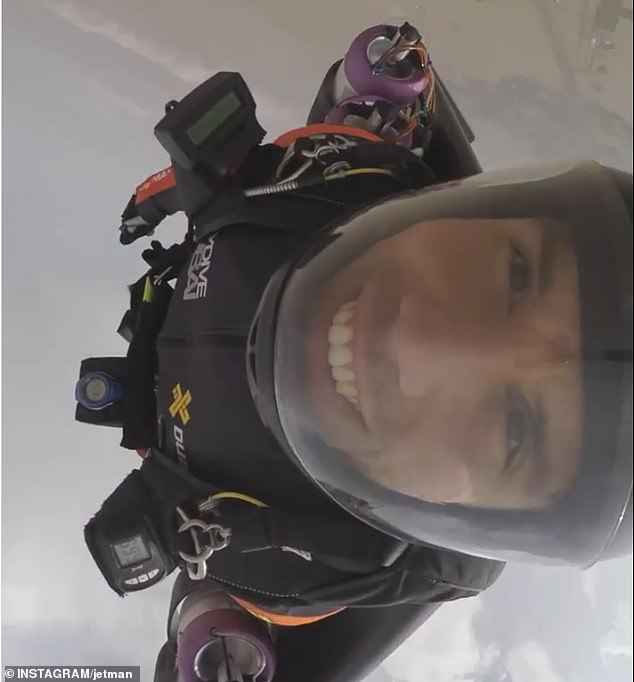 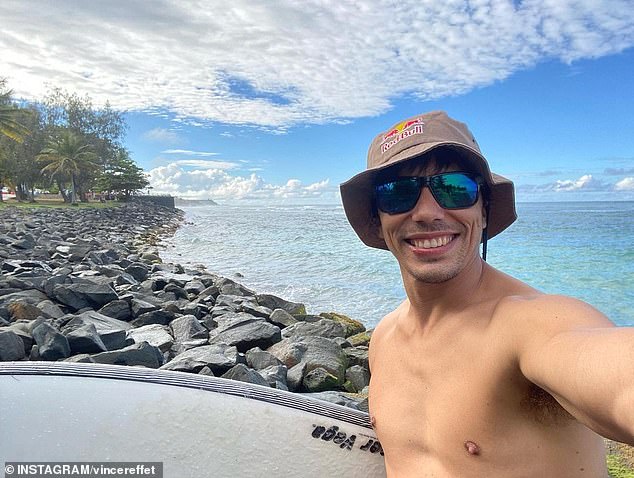 Reffet surfing at the start of 2020 in Puerto Rico, where he had been sky diving

Famously in 2015, Reffet and Rossy flew alongside an Emirates Airbus A380 double-decker jetliner over Dubai.

‘It´s the sensation of freedom. Already, you know, when I am skydiving, I have like this feeling of freedom I can like pretty much go where I want but always going down,’ Reffet said in 2015.

‘With this machine … I can fly like a bird.’