Now that is secluded! Drone captures stunning footage of pristine sandy beach hidden inside a bomb crater on a Mexican island

A photographer has captured stunning aerial images of a hidden beach located inside a crater on an island off the Mexican coast, which was once used as a bomb range.

Tarsicio Suarez used a drone to film footage of the Playa del Amor, also known as Hidden Beach, in the Marieta Islands of Mexico.

The islands are a few miles from Punta Mita on the west coast of Mexico and are only accessible by boat.

Tarsicio Suarez used a drone to film footage of the Playa del Amor, also known as Hidden Beach, in the Marieta Islands of Mexico 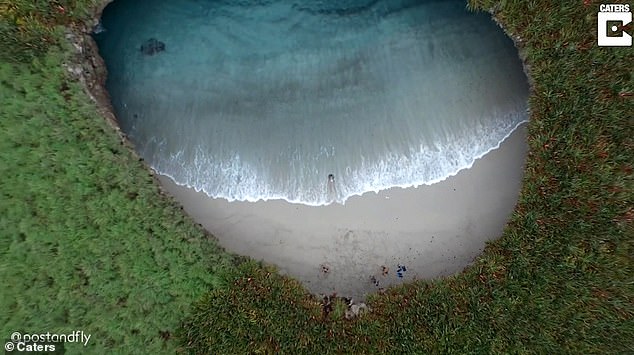 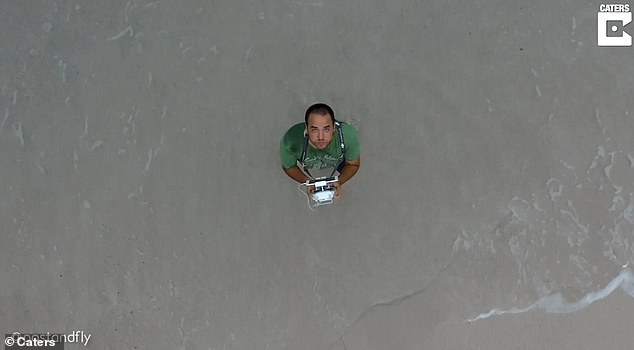 Tarsicio, pictured, used a drone to capture the stunning images of the beach

Despite its military history, the beach is now designated a nature reserve and is owned by the Mexican federal government.

Visitors to the islands are highly regulated with strict limits on numbers in order to protect the flora and fauna.

The trip to the island takes more than an hour, but to access the beach, it requires further effort, including a short swim through a tunnel.

To protect the wildlife and make it less attractive to visit, authorities have banned the use of flippers and scuba diving is also prohibited.

Authorities have also prohibited the use of certain popular sunblocks as they are toxic to the native coral.

During his visit, Tarsicio flew his drone above the crater as he was standing on the beach and captured some breath-taking images of the unusual formation. 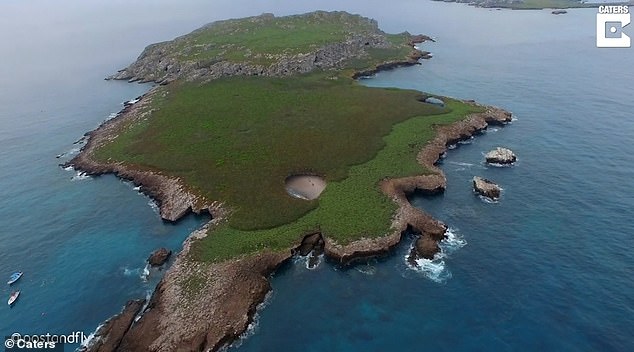