A driver has died during a British land speed record attempt at the same airfield where Richard Hammond had his horror crash in 2006.

A full investigation is to take place into the circumstances of the incident at Elvington Airfield to the east of York on Thursday afternoon.

North Yorkshire Police said they were called out to a ‘serious collision’ shortly after 4.30pm.

A spokesman said officers and the ambulance service were at the scene and urged: ‘Please do not try to access the airfield at this time.’

North Yorkshire Police said they were called out to a ‘serious collision’ shortly after 4.30pm 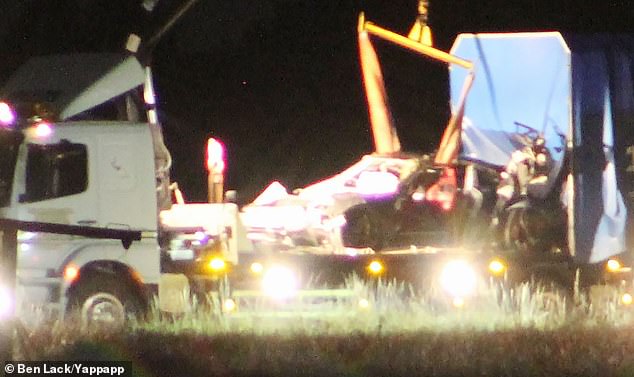 The driver died while trying to complete a land speed record. A car is seen on the back of a tow truck

Pictures from the scene show a car being lifted by a crane on to the back of a tow truck.

A Motorsport UK spokesman said: ‘Further information will be provided once the initial findings of the investigation are available.

‘Our thoughts are with the driver’s family, who have been informed, the organisers of the event, and other members of the motorsport community present.’

Motorsport UK said that it was working with the event organiser and North Yorkshire Police on the investigation. 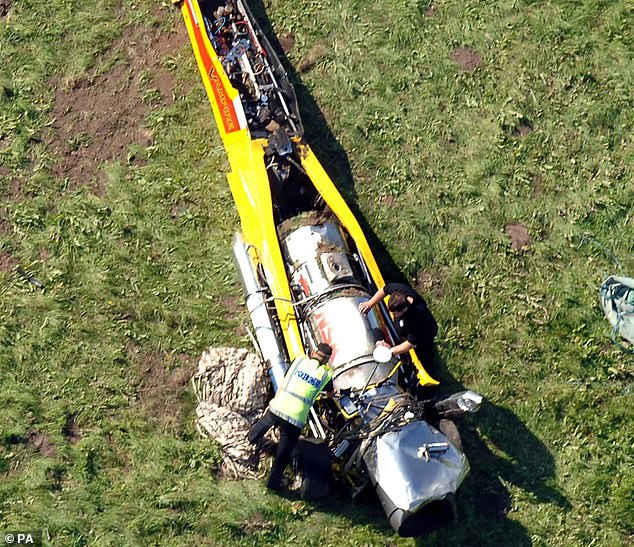 Elvington Airfield was the scene of a crash involving former Top Gear presenter Hammond in 2006.

The 50-year-old was left in a coma for two weeks and with brain injuries after crashing a jet-powered car.

The privately-owned venue, which is an active airfield, is also a facility for driving, driver training, filming and other testing purposes for professional organisations.