New Zealand’s most prominent anti-vaxxer has been dramatically arrested at his sprawling Auckland mansion – only for dozens of his followers to block the cop car from the police station with a haka.

Brian Tamaki, leader of the evangelical Destiny Church, planted a kiss on his wife as he was led away by police on Monday morning after allegedly breaching his bail conditions.

Tamaki, who has said in the past ‘Covid is yet to be proved’, described himself as a ‘political prisoner’ after being charged three times for organising and promoting lockdown protests, high fiving supporters as he was taken away in a police car.

He arrived at the Mt Eden Remand Centre to find more than 50 people blocking the road before they performed the sacred war cry.

Brian Tamaki (pictured), leader of the separatist Destiny Church, was led away by police on Monday morning after allegedly breaching his bail conditions 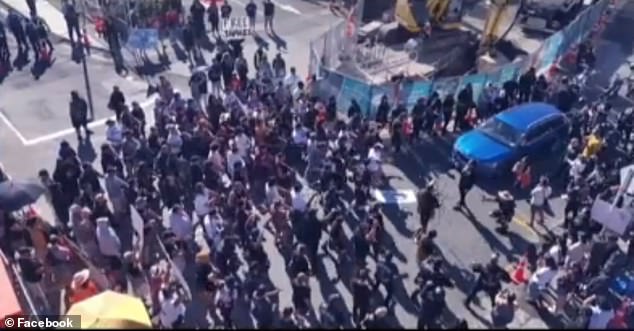 Tamaki was eventually remanded in custody.

Tamaki and his wife Hannah had spoken to their followers via a Facebook live video in the hours leading to his arrest.

The 63-year-old, who is an outspoken critic of Prime Minister Jacinda Ardern, pleaded his innocence moments before authorities arrived at his home.

‘For all of those who say ‘book him, send him off to jail’, you don’t understand about why this has happened and I should never have been charged in the first place thank you.’ 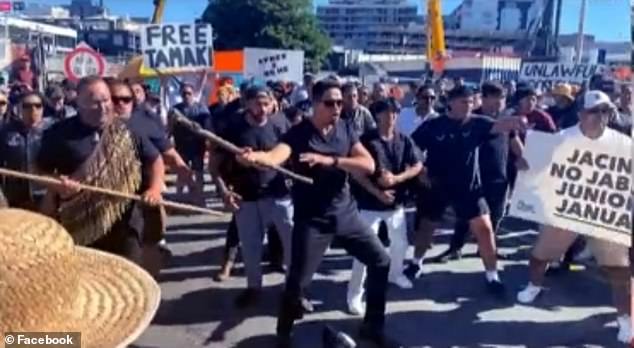 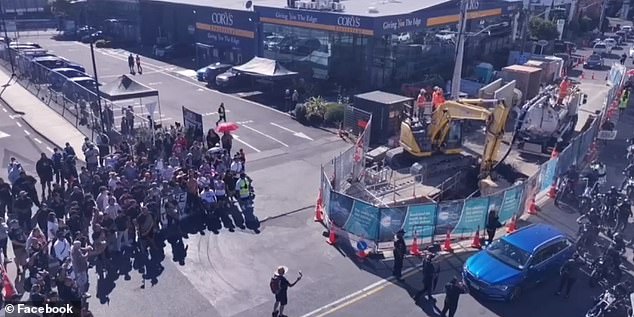 Tamaki said he had no regrets over his actions and reiterated ‘I’m not a criminal’.

‘It’s all about speaking truth and actually that truth is about how our freedoms and rights have been eroded,’ he said.

‘In my view, Brian Tamaki is failing in his duty of leadership by telling his supporters that they don’t need to be vaccinated when overwhelmingly the evidence is that vaccination greatly reduces the chances of catching the virus and of being hospitalised by serious illness or dying as a result,’ Phil Goff said.

‘It’s also reckless and foolhardy when Covid is in the community to have people gathering in large numbers without the protection of vaccination, without masks and without social distancing.’

In November the tribe who created the spiritual haka demanded Tamaki and his anti-vaccine cohort stop using the dance at their rallies.

The Ka Mate haka is best known as the dance used by New Zealand’s All Blacks rugby team, who have special permission to perform it before their matches, but it has recently been adopted by protesters. 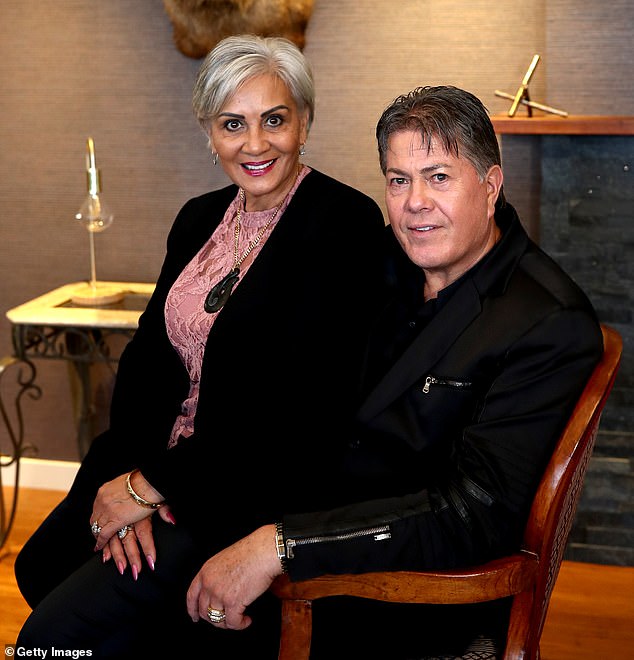 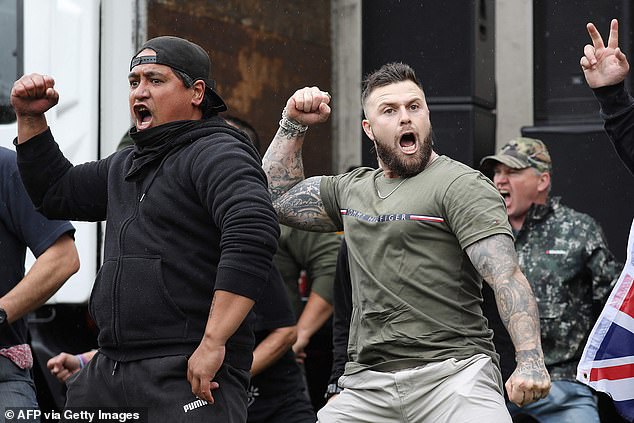 Anti-vaccine and lockdown activists perform a haka during a protest in Christchurch on November 13. New Zealand’s Ngāti Toa tribe has pleaded with anti-vaccine protesters to stop using the traditional war dance during their rallies

‘We do not support their position and we do not want our tupuna [ancestors] or our iwi [tribe] associated with their messages,’ the Ngāti Toa tribe said in a statement.

‘Our message to protesters who wish to use Ka Mate is to use a different haka.’

The tribe said it had been active in promoting the Covid-19 vaccine to its community members and condemned the use of the haka to promote anti-vaccine slogans.

Ngāti Toa own the legal rights to use the dance, which is known for tongue protrusions, loud chanting and rhythmic body slapping.

Today, the haka is still used with Ngāti Toa’s blessing during Māori ceremonies and celebrations to honour guests and show the importance of the occasion.

Dozens of ‘freedom’ protesters though have been seen using the dance while rallying against the country’s ongoing Covid restrictions.

Why the haka is performed:

The haka is a type of ancient Māori war dance traditionally used on the battlefield, as well as when groups came together in peace.

Haka are a fierce display of a tribe’s pride, strength and unity.

The words of a haka often poetically describe ancestors and events in the tribe’s history.

Today, haka are still used during Māori ceremonies and celebrations to honour guests and show the importance of the occasion. This includes family events, like birthdays and weddings.