Downing Street is planning new digital ID cards for British citizens as Dominic Cummings bids to transform the Government’s use of data despite privacy fears.

People will get an online identity that can be used for daily activities such as proving ones age, registering with a GP and buying properties from a different location.

It comes after issues emerged in identifying people during the Covid-19 pandemic, such as during the self-employment income support scheme.

The government did not have any details on half of the 2.6million who applied for support at the start of the crisis.

Some – such as Tony Blair – called for new digital ID cards to prove their ‘disease status’ as the world relaxed lockdown measures.

Minister for digital infrastructure Matt Warman told the Times he was excited to ‘work with partners in the private sector’.

Cabinet Office minister Julia Lopez added: ‘There is a need and an expectation for the government to make it easier for people to use digital identities quickly, safely and securely, and we are committed to enabling this.’

But naysayers have said the plans to ‘remove regulatory barriers’ would result in problems over privacy.

Matthew Rice of the Open Rights Group said: ‘If the public don’t trust that their data is going to be secure, they are not going to engage with the system no matter how seamless or frictionless.’ 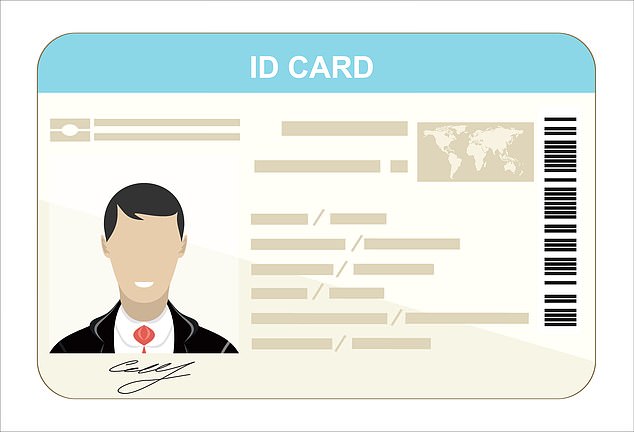 People will get an online identity that can be used for daily activities such as proving ones age, registering with a GP and buying properties from a different location (file photo)

Boris Johnson’s chief adviser Mr Cummings has been a vocal critic of privacy laws in the past.

He branded the European Union’s General Data Protection Regulation ‘a legal and bureaucratic nightmare’ on his blog two years ago.

Former Prime Minister Mr Blair has previously argued in favour of the use of digital ID cards for British citizens.

He said only if people can easily show whether they are clear of coronavirus will industries such as international travel be able to restart.

Speaking at the virtual CogX technology conference in June, Mr Blair said such a system would operate alongside track and trace programmes. 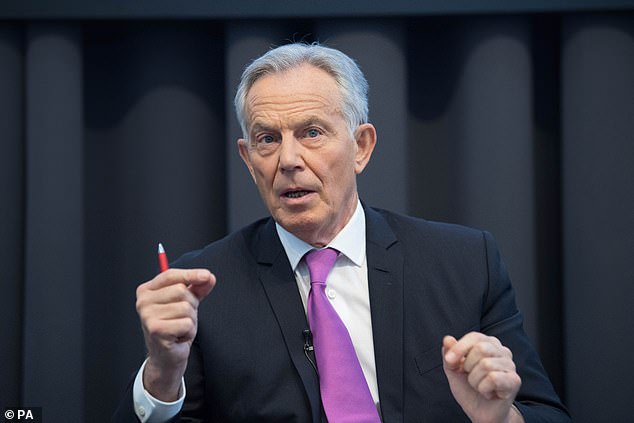 He said: ‘You can create a digital ID today that is much more easily protected so you can deal with a lot of the privacy and surveillance issues that worry people.

‘It is a natural evolution of the way that we are going to use technology in any event to transact daily life and this Covid crisis gives an additional reason for doing that.

‘I think people’s disease status – have they been tested, what is the result of that test and have they had the disease, do they have the disease – unless you are able to record some of this data in a way people can use, it is going to be difficult to go back to anything like a near normal in things like transport.

‘If you are going to start international travel again, how can you do that unless people can be easily tested and have some record of that test?

‘There has always been a good case for introducing some form of digital ID but I think that case is even more powerful today.’

Mr Blair acknowledged the use of technology risked leaving behind people less comfortable using it, but said it could be addressed through training and education.

He said: ‘That digital divide between those that are familiar and can use the new technology well and those who can’t is obviously going to be a big source of difficulty.

But he said people would need to adapt as some sectors of the economy would be changed forever as a result of the virus.

He added: ‘I can’t see the travel, tourism, hospitality industries coming back fast. I think bricks and mortar retail has probably had its day – certainly in its present form.’