Borussia Dortmund ‘will offer £130m-rated Jude Bellingham a club-record deal worth more than £13m a year’ in desperate attempt to keep him amid Liverpool, Man City and Real Madrid interest

Borussia Dortmund are making a ‘spectacular plan’ to offer Jude Bellingham a ‘historic’ deal in a final attempt to persuade him to stay, according to reports in Germany.

The English superstar, 19, is one of the best up-and-coming players in world football, with European giants like Liverpool, Manchester City and Real Madrid interested in signing him.

And as reported by Bild, the German side are preparing an offer which could see Bellingham become the highest-paid player in the club’s history with a £13.25m-a-year deal, in a desperate bid to keep him. 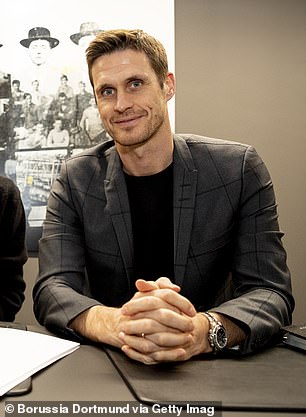 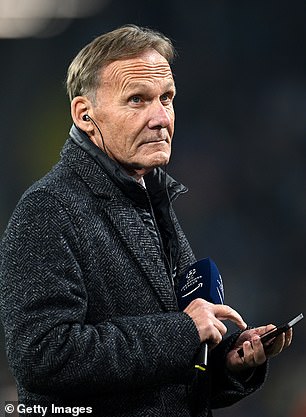 Talks are said to be planned with Bellingham’s adviser Mark Bennett for March, at the latest.

Club chiefs Hans-Joachim Watzke, CEO, and sporting director Sebastian Kehl are ‘fighting’ to convince him to remain at Dortmund for one more year.

Bellingham’s current deal expires in summer 2025, with Watzke and Kehl hoping to see the teenager extend his contract until 2026. 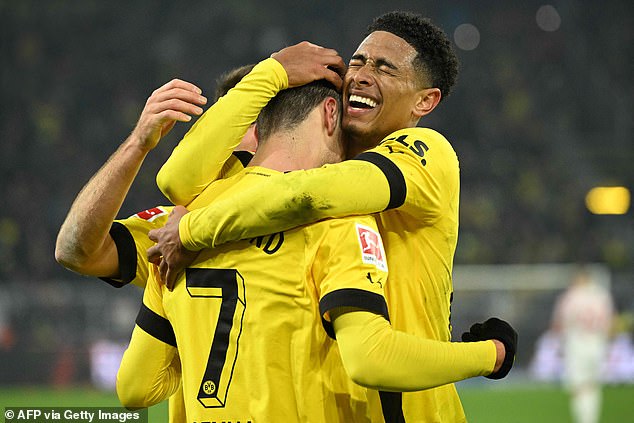 Star midfielder Bellingham, 19, is wanted by the likes of Man City, Liverpool and Real Madrid

That could see him eclipse the salary earnt by captain Marco Reus, 33, who has made 368 appearances in all competitions for the Black and Yellows.

The 22-cap international would almost certainly earn far more in England or Spain than he is at the Signal Iduna Park.

But if Bellingham does leave the club, this summer or later, Dortmund are likely to be consoled by the potential £130m fee they would receive.