A flytipper has been caught on CCTV brazenly dumping dozens of Cannabis plants under a sign which read ‘You are being watched’.

The suspect is seen dumping the potentially incriminating waste onto private property in Wythall, Worcestershire, on 11am on December 11, before returning to remove the plant matter three days later.

Footage shows the man, who is white and of average build, walking around his silver saloon and fetching a black bin bag of plant waste and soil from the back seats.

He glances left and right to check for witnesses before hurriedly emptying the green contents over a hedge, unaware he is being filmed on high quality CCTV.

Just days later the man returns to the same layby, with another clip from December 14 showing the man entering the layby on foot before leaning over the fence.

He then stuffs the dead Cannabis plants back into a black bin bag walks down a lane holding the drugs – where he is filmed on a car’s dashcam.

Conservative councillor for Wythall Adam Kent, whose CCTV recorded the incident, confronted the man when he returned, asking him ‘”Why are you flytipping in a field? You drug dealer”‘.

Posting the footage on Twitter, the councillor said: ‘He came back and we got his registration number, all on dash cam and video.

‘Think he should have gone to another district – we don’t buy crime in Wythall and we hate fly tippers. Don’t mess with Bromsgrove.’

A hidden CCTV camera has captured an unknown man dumping the remains of a cannabis grow in Wythall, Worcestershire 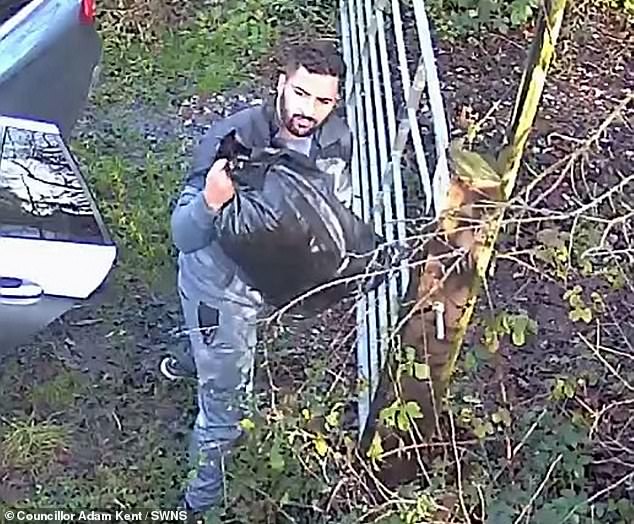 The images were posted to Twitter by Conservative councillor for Wythall Adam Kent, whose CCTV recorded the incident

Councillor Kent shared the footage and pictures of the dealer’s number plate with police, who told him they are investigating.

He added: ‘The irony is the fact he dumped the stuff under a sign that says ‘You are being watched’.

‘He did the fly tip and the camera pinged. I missed him by 30 seconds.

‘I went to the field and had a look over the fence and could see the bags contained cannabis plants. I spoke to the police and they said without the registration number they can’t catch him. 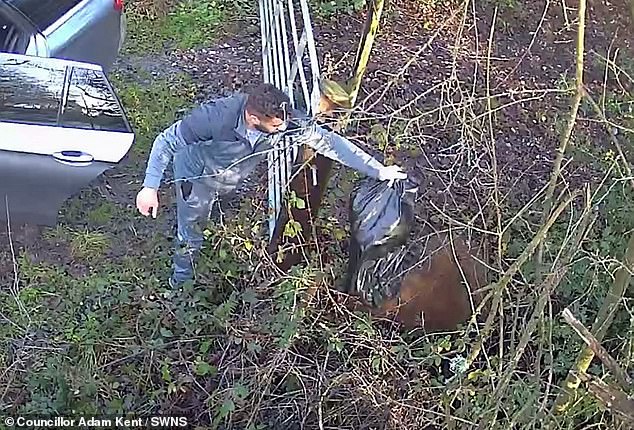 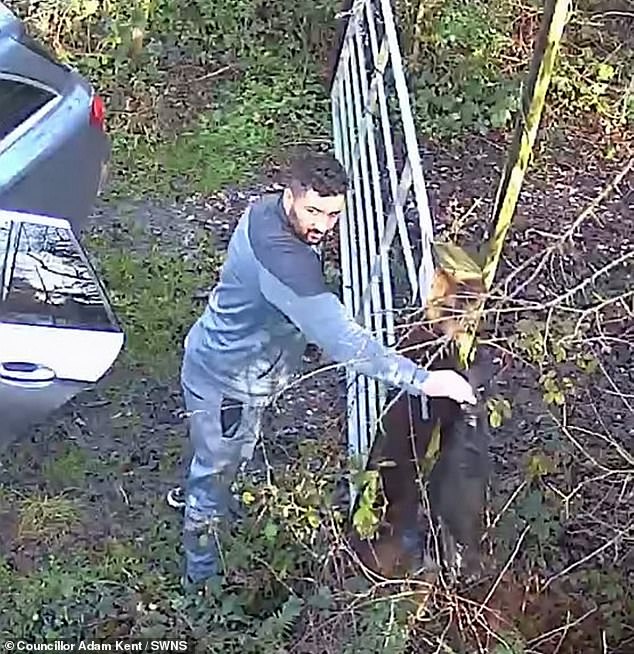 He takes a quick look around, unaware he is being filmed above by a high quality CCTV camera

‘I put the clip on social media and it went fairly viral locally. Somebody must’ve identified and told him.

‘The next time I was watching telly at about 8pm on December 14 the camera pinged again. I saw on the screen that he had come back to pick it up. I jumped in my car and saw him walking down the road with the bag.

‘I said: “What are you doing?” and he said he wasn’t doing anything. I told him to wait there and I’ll call the police.

‘But he carried on walking down the road. I said: ‘Why are you flytipping in a field? You drug dealer”.’ 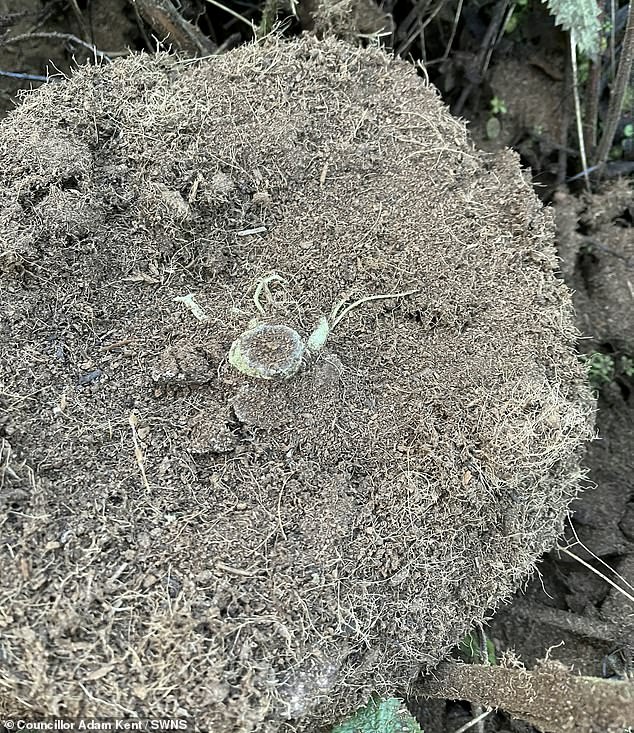 The remains of a cannabis grow in Wythall, Worcestershire, which the man emptied over a farm gate 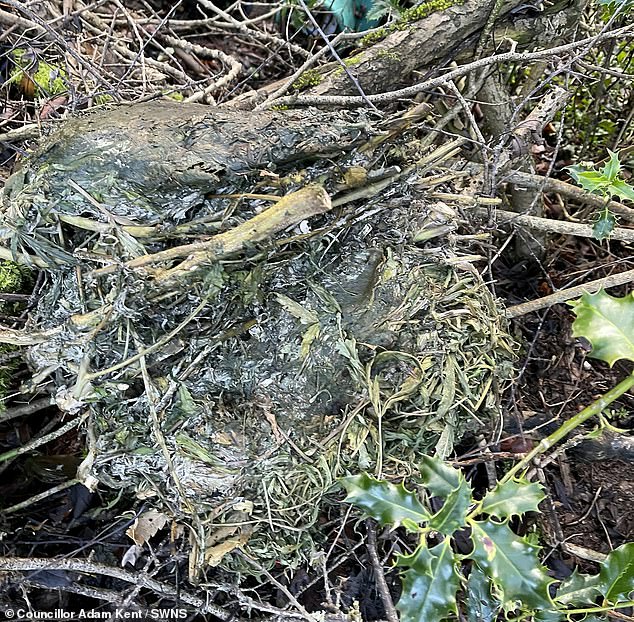 ‘He walked back to his car which was parked 150 metres away and drove off, then I got the registration number.

‘I showed it and the photos to the police. You can see his face quite clearly. They said they have enough data to find him. I think they are looking into it at the moment.

‘This is quite an odd one. I have never known somebody come back after a fly tip.

‘There is a sign saying ‘you are being recorded’ and he has done it right under the camera.

‘The audacity is incredible. It is not a low-level crime. No doubt he’s a county lines drug dealer and is doing other stuff as well.’