Who needs a cat flap? The doorbell is just fine for this clever puss who scales the fence and sets off the motion sensor so his owner can open the door for him

By David Wilkes for Daily Mail

It was a big surprise when it happened for the first time.

Amanda De’ath’s phone notified her that someone was at the door. She checked the camera feed from her video doorbell… and saw a fluffy face staring right back.

Her clever cat Izzy had scaled her wisteria arch and jumped on to her postbox, alerting the motion sensor on her doorbell.

Izzy, who’s just eight months old, even meowed over the two-way talk feature on her Ring Video Doorbell 3 Plus to let her know he wanted to come in.

Izzy had scaled the wisteria arch and jumped on to the postbox, alerting the motion sensor on owner Amanda De’ath’s doorbell 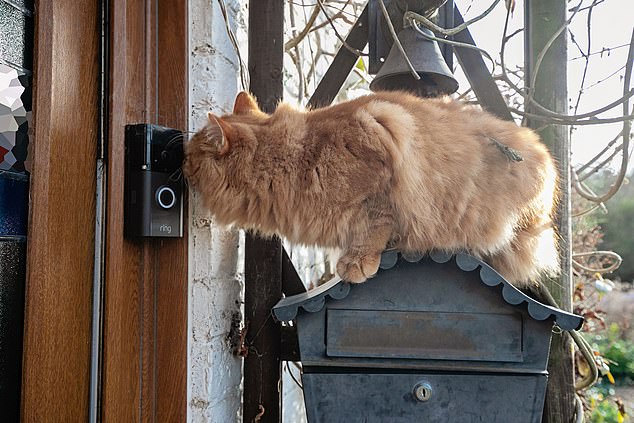 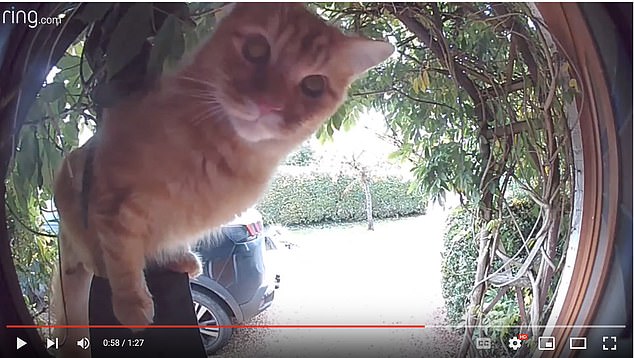 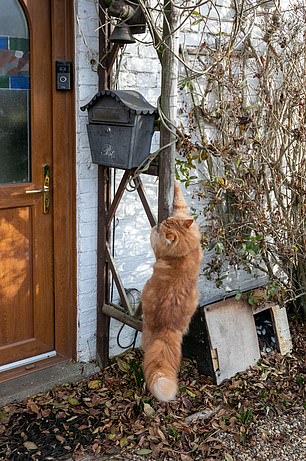 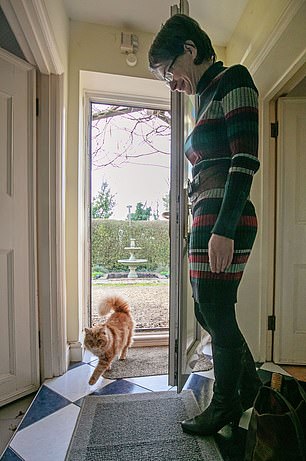 Miss De’ath, in her 40s, from Ely, Cambridgeshire, said: ‘He’s an adventurous cat, loves climbing and is quite vocal.’

The nurse said Izzy has repeated the trick several times since discovering it – and it comes in useful as her glass doors aren’t suited for fitting a catflap.