EXPRESS INFORMER > Travel > Don’t pick a Caribbean island – go to six! How you can visit a host of hotspots in one voyage

Dreaming of a winter-sun holiday in the Caribbean but can’t decide which island to pick? Then treat yourself to a week’s cruise with a cocktail of islands to explore.

Sailing with a company such as Silversea is a relaxing and pampering experience, as I discovered aboard luxury ship Silver Spirit. Every suite has a butler – don’t worry if you can’t think of anything to ask him to do, somehow he’ll anticipate your every need – and a spacious sitting area.

Most one-week Caribbean cruises, no matter which line you go with, have six ports of call and one day at sea to recharge your batteries. Here are my favourite ways to enjoy going ashore on six of the most popular islands you can visit on a cruise.

Colourful houses line the hillside overlooking the beach in San Juan, the capital of Puerto Rico. The island has been under United States rule for more than 120 years

The island has been under United States rule for more than 120 years but remains deeply Latin American in its music, cuisine and laid-back vibe, with Spanish widely spoken alongside English.

Active ashore: Enjoy the views whizzing along 11 zip lines through the jungle canopy and abseiling down waterfalls to the tune of a million tiny tree frogs at El Yunque National Forest in the north east. Cool off after with a dip in a green rock pool in the Mameyes river. (£73pp, junglequipr.com).

Or explore the capital, San Juan. Stroll through cobbled streets of brightly coloured 18th Century houses, peek into churches and survey the city and sea from the ramparts of San Felipe Del Morro Castle. 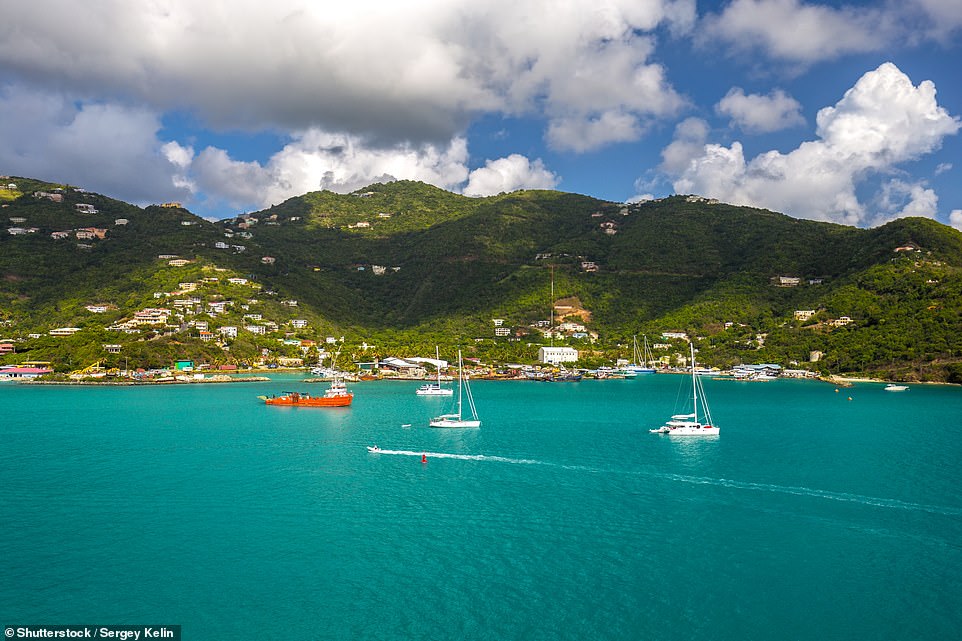 The coastline along Road Town, the capital of the British Virgin Islands on Tortola. It is the location where cruise ships dock

Cruise ships dock in Road Town, the capital of the British Virgin Islands on Tortola.

But it’s worth taking a ferry or joining an excursion boat to explore some of the 50 or so other islands and islets scattered on either side of the sparkling, turquoise Sir Frances Drake Channel.

Active ashore: Paddle through the mangroves in Beef Island lagoon in a kayak or on a paddleboard. The remote mangroves are a nursery for wildlife and you could spot baby sharks, barracudas, stingrays and turtles. Hungry ospreys and pelicans will be looking for fish, too.

Your guide will take you ashore on a tiny coral atoll and explain the ecosystem and history of the BVI (£64, viator.com). Or, join the ship’s excursion to Jost Van Dyke island (£65) on a high-speed catamaran to White Bay for swimming, sunbathing and dark rum. For more ideas ashore visit bvitourism.co.uk. 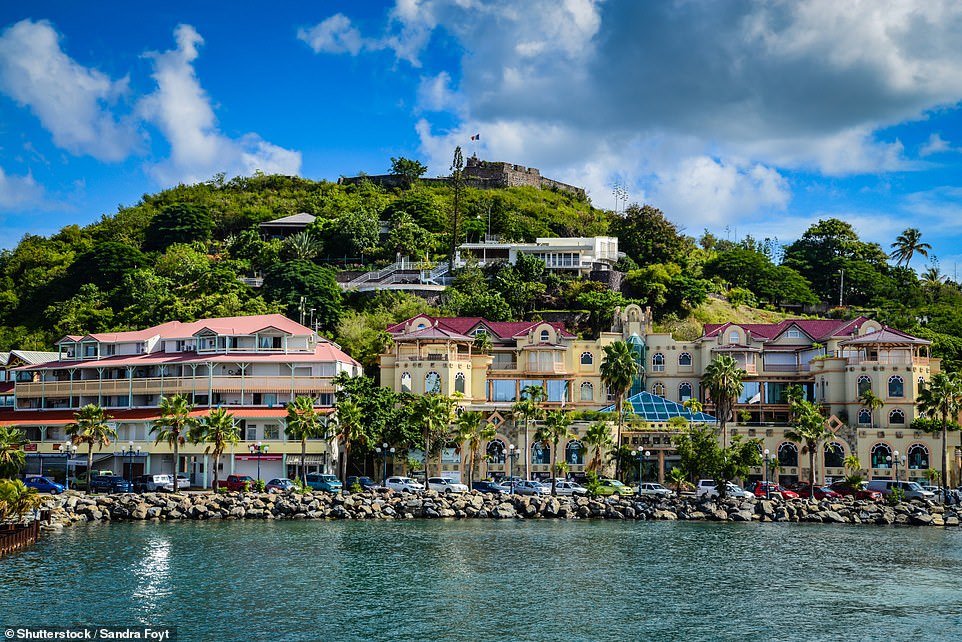 St Barts is a French outpost in the Caribbean that covers just eight square miles. Pictured is the main town on the island, Gustavia

French outpost St Barthélemy is only eight square miles but is the one island where it is really worth hiring a car (about £55 a day, barthloc.com).

Active ashore: In a couple of hours you can take in the view of islets and neighbouring St Martin from Colombier, passing discreetly gorgeous hillside villas, and get in a traffic jam in trendy St-Jean, with its lively beach bars, while keeping a lookout for strolling tortoises that have a habit of appearing round bends in the middle of the road.

Take your pick of white-sand beaches with sunbeds for hire – my favourite is the quiet Governor’s Cove. For more ideas ashore visit st-barths.com. 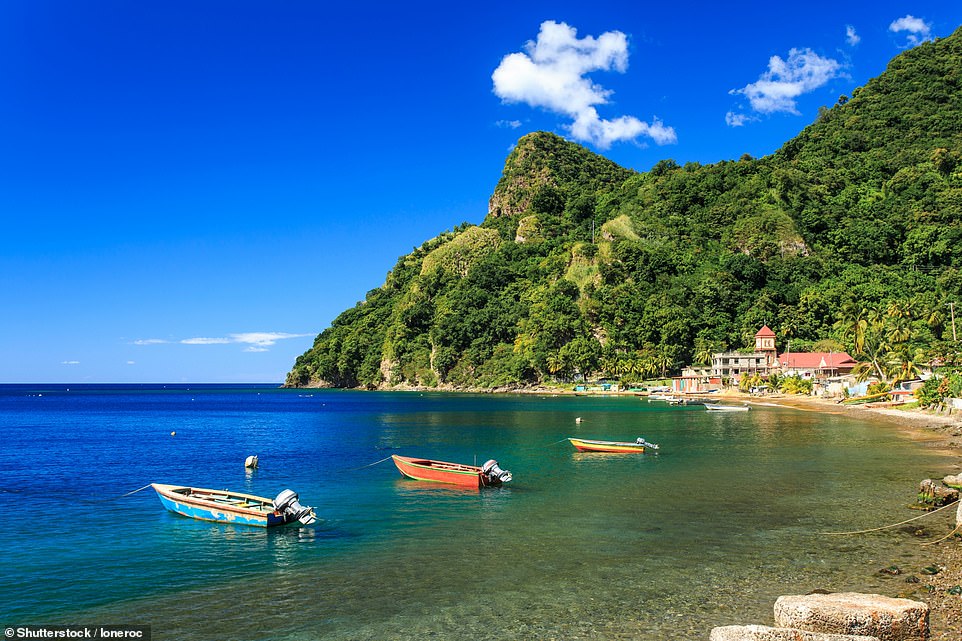 Dominica is an island covered in mountains and lush green rainforest. It has hot springs, 1,200 plant species and exotic birdlife

Active ashore: This is the best island for whale- watching thanks to deep water close to shore and it is the only place in the Caribbean where sperm whales live year-round. Head out with Captain Jerry from the harbour in Rouseau on his small boat as dolphins and flying fish race alongside. You’re likely to see sperm whales, pilot whales and false killer whales. It costs £56, divedominica.com. 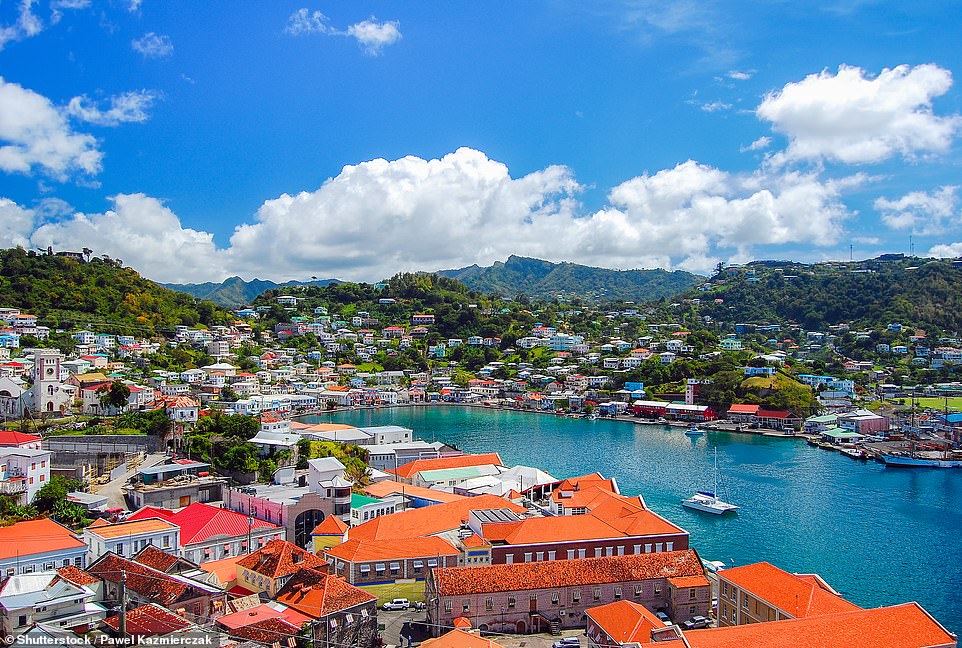 St George’s, the capital of Grenada, which is famous for producing mace, cinnamon and cloves

Active ashore: Go snorkelling with a difference in the surreal setting of the Molinere Underwater Sculpture Park (£37pp, ecodiveandtrek.com). Float face-down watching brightly coloured fish dart among eerie, life-size, coral-encrusted statues such as a ring of children holding hands and a man sitting at a desk staring at his typewriter.

Have a Creole lunch including home-grown produce at historic plantation Belmont Estate (belmontestate.net). See how chocolate is made from bean to bar and buy some to take home in the shop. For more ideas ashore visit puregrenada.com. 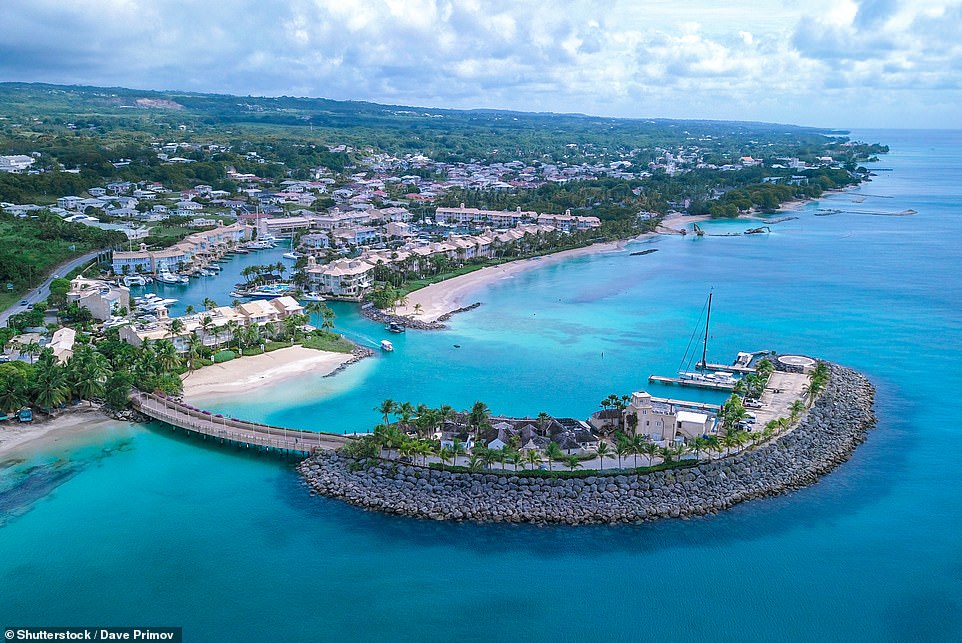 Barbados is the most easterly island in the Caribbean. Here you’ll find neo-Gothic stone churches, a statue of Nelson in capital Bridgetown, and an island-wide love of cricket

The most easterly island in the Caribbean is one of the few to be colonised by only one country – Britain – since 1625. You’ll find neo-Gothic stone churches, a statue of Nelson in capital Bridgetown, and an island-wide love of cricket.

Active ashore: Start the day in Bridgetown with coffee and chocolate cake in the cafe in the garden of George Washington House.

Then, leave the hustle and bustle of the capital on a guided bike ride.

Silversea (silversea.com) has a nine-night cruise from Puerto Rico to Barbados aboard Silver Shadow departing on December 28, 2019. Ports of call include the BVI, St Barts and Grenada.