The Utah Jazz gave Donovan Mitchell a hero’s welcome on his return to the Vivint Smart Home Arena with the Cleveland Cavaliers.

Formerly a centerpiece of the Jazz franchise, Mitchell was traded to the Cavs in the offseason and had not played in his former home arena until Tuesday night.

He was duly honored for his five years of service in Utah with a touching tribute video and standing ovation from fans.

Before the Cavs stating lineup was announced fans showed their love for the franchise’s former star, with thousands clapping and some even choosing to bow.

Though the Jazz team would not yield in the face of Mitchell as they snapped a two-game losing streak by overcoming the East’s No. 4 seed, 116-114.

‘Spida’ spent 2017-2021 with the Jazz after Denver took him with the 13th overall pick in the 2017 Draft before being immediately traded.

In the tribute video, Utah showed Adam Silver announcing the pick which brought Mitchell from Louisville to Salt Lake City, before flashing to highlights throughout his glittering time in a Jazz uniform. 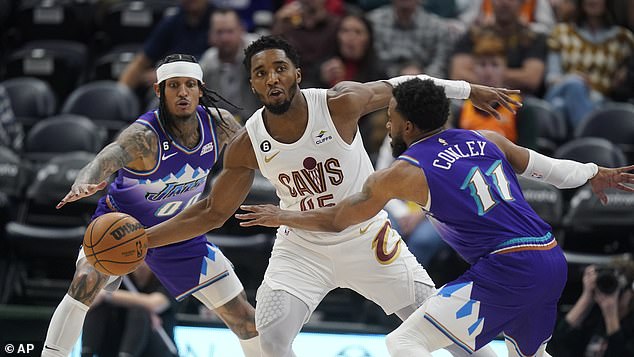 Mitchell had 46 points, six rebounds and five assists in his first appearance back at Utah

Markkanen was the pick of the bunch, scoring 25 points, alongside 15 rebounds and an assist. 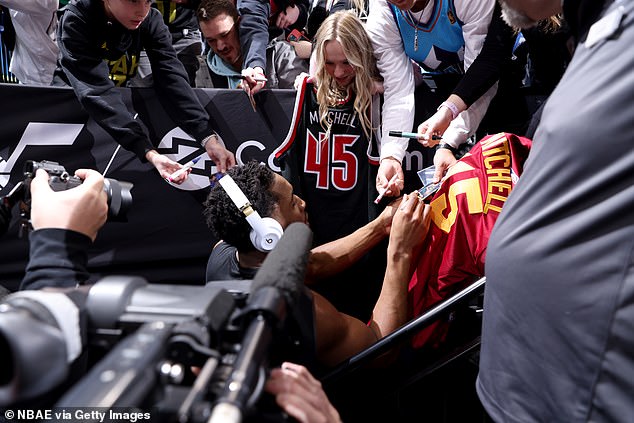