President Donald Trump was escorted from his press conference on Monday less than five minutes after it began after law enforcement shot a suspect who was firing at the White House.

‘There was a shooting outside of the White House and it seems to be very well under control,’ President Trump said after he returned to the room.

He thanked his security detail for their quick action.

‘I’d like to thank the Secret Service for doing their always quick and very effective work. There was an actual shooting and somebody has been taken to the hospital.  I don’t know the condition of the person. Seems that the person was shot by the Secret Service, so we will see what happens,’ he said.

Shorty after he began speaking to the press, a Secret Service agent came into the press briefing room to whisper in President Donald Trump’s ear 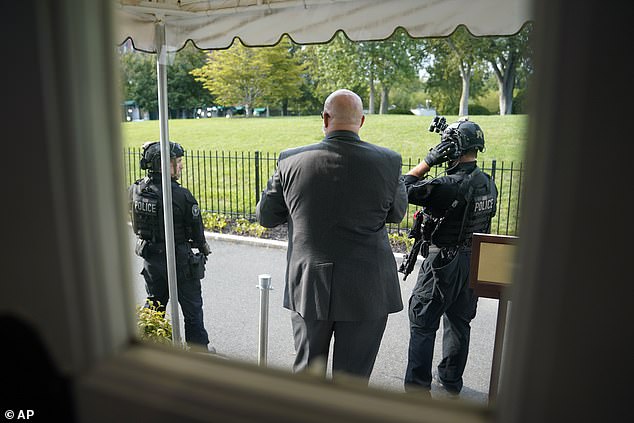 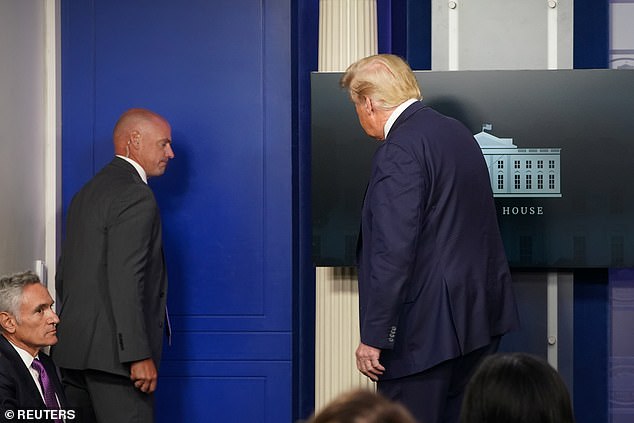 The agent escorted President Trump from the briefing room 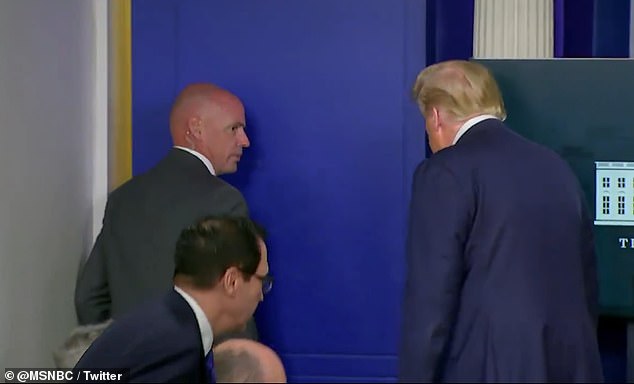 He said the agents took him to the Oval Office, which is just down the hall from the press briefing room.

The president said he was surprised by what happened but was not concerned for his personal safety.

‘I was surprised,’ he said. ‘It’s pretty unusual but very, very professional people. They do a fantastic job, as you know.’

Shortly after he began speaking, a Secret Service agent stepped into the press briefing room and whispered into the president’s ear. President Trump left the room with him.

Secret Service agents screen all the reporters ahead of the event and lock down the room before the president enters with agents standing at all its entry points.

Reporters in the briefing room indicated the room was being locked down, which is standard procedure when there is a security breach.

Police could be seen outside the press briefing area, which sits in the West Wing of the White House.