A terrifying surveillance video shows the moment a bus overturned in the Dominican Republic, killing three tourists and injuring 48 others as a toxicology report revealed the driver tested positive for cocaine.

The coach was transporting 51 passengers from Mexico and South America on a highway in the municipality of Bavaro when it crashed last Thursday.

The victims who died in the crash were identified as Argentine nationals Valeria Brovelli, 33; Valeria Medina, a 44-year-old mother-of-one; and Peruvian Karla Rodríguez, 44.

Medina had her arm amputated in the accident, her husband Diego Donaley told the Dominican newspaper Diario Libre.

‘We spent about half an hour waiting for an ambulance,’ Donaley said. ‘I took my wife with a firefighter and we left for the IMG Hospital. She lost an arm, I told the firefighter lets not wait any longer.’

The driver, Franklin Nin, 47, was taken into custody Friday. Prosecutors have requested that Nin be held for up to one year in pre-trial detention.

Still image from a surveillance camera showed the bus (top left) traveling on the right lane moments before it crashed last Thursday in Bavaro, Dominican Republic, killing three tourists and injuring 48 others 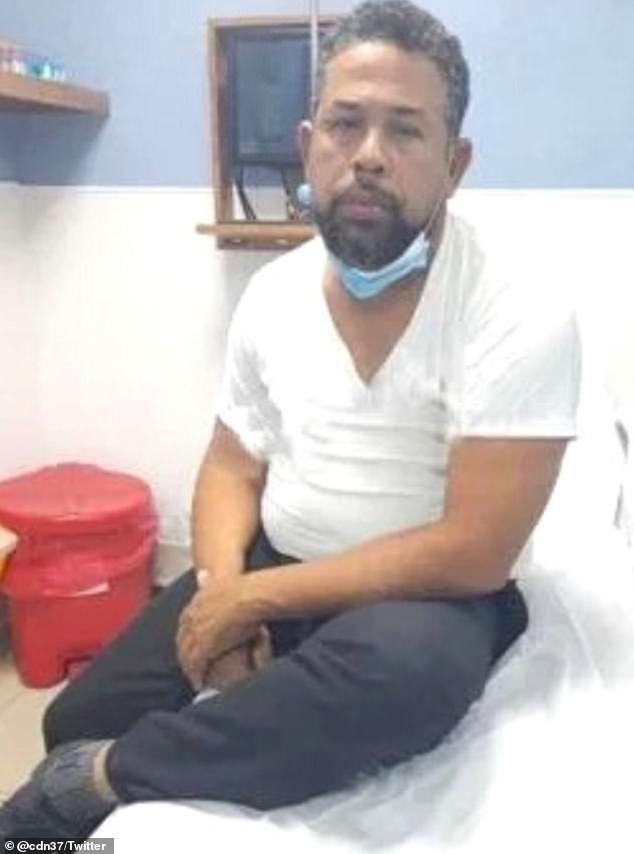 Dominican Republic prosecutors have requested that Franklin Nin be placed in pre-trial detention for one year as part of the investigation into the crash that killed three tourists and injured 48 others last Thursday. The 47-year-old was behind the wheels of the bus that overturned after exiting a highway.  A toxicology report showed that Nin tested positive for cocaine 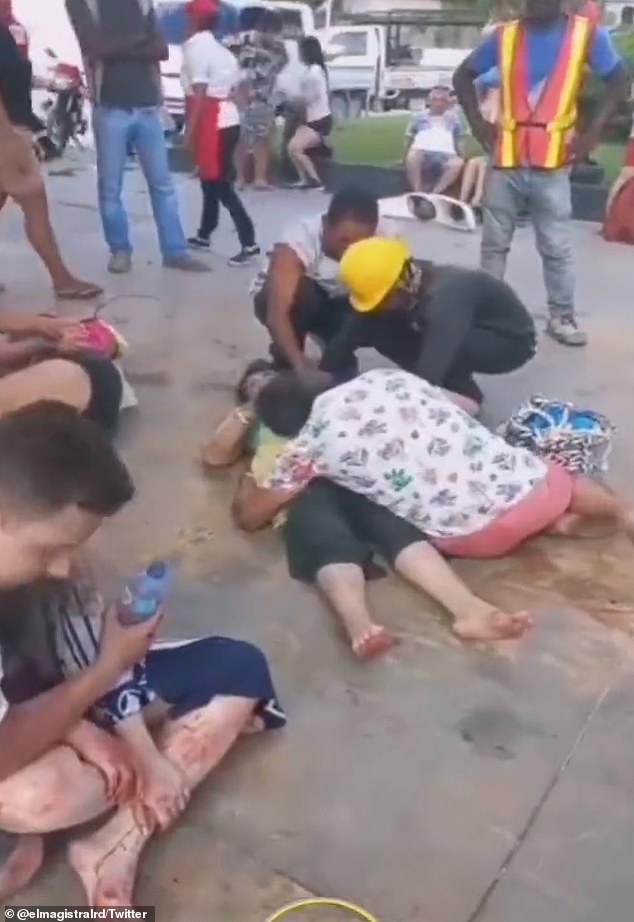 Two tourists from Argentina and another from Peru were killed when a bus crashed in the Dominican Republic last Thursday. The accident left 48 vacationers with injuries

Footage of the accident showed the bus traveling on the right lane of the highway as it approached a curb at an intersection before it suddenly tipped to the left.

The vehicle then overturned and slid on its left side several yards down the road until coming to a full stop.

Nin was transporting the group to an excursion in Isla Saona and told investigators that he ‘saw a vehicle slammed the breaks and crossed in front of me.’

However, the video in question does not appear to corroborate his version of the crash. Dominique Dreckman countered Nin’s claims and also told Chilean news network Meganoticias that the bus was outdated and ‘was not even suitable for transporting such a large number of people.’ 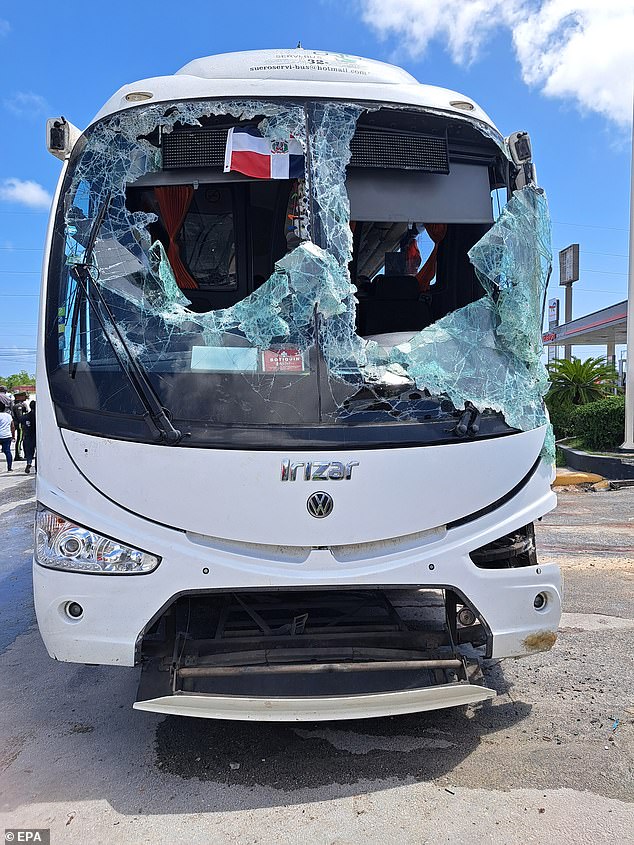 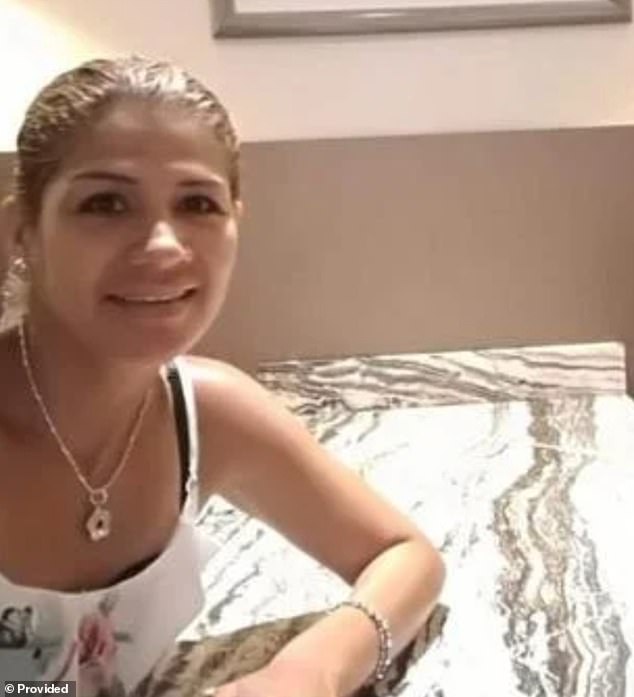 Karla Rodríguez, a native of Peru, was among the three people who were killed in the bus crash 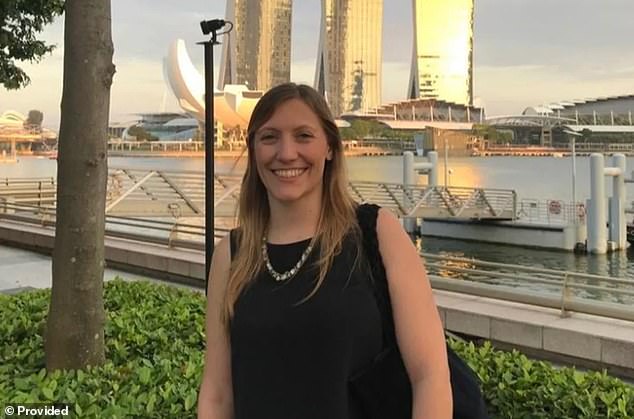 Valerie Brovelli, one of the two Argentine tourists who died in last Thursday’s bus crash 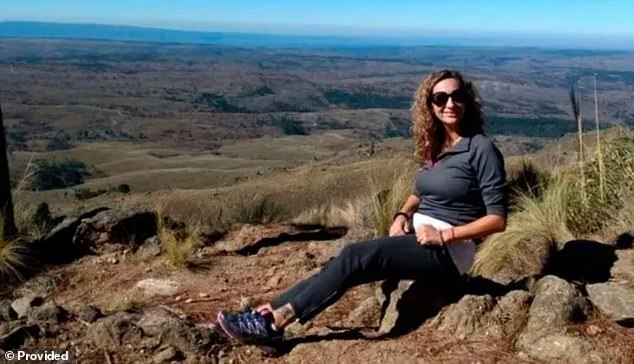 Dominique Dreckman, a passenger on the bus when it crashed, told Chilean news network Meganoticias that the bus that Nin was driving was outdated and ‘was not even suitable for transporting such a large number of people.’

‘It’s not how they tell it. The bus driver dodged a bus to avoid crashing, that was not the case,’ she recalled. ‘He was speeding and went around a curve, which resulted in a rollover. Fortunately, my friends and I rode on the side with the windows facing up, not on the pavement.’ 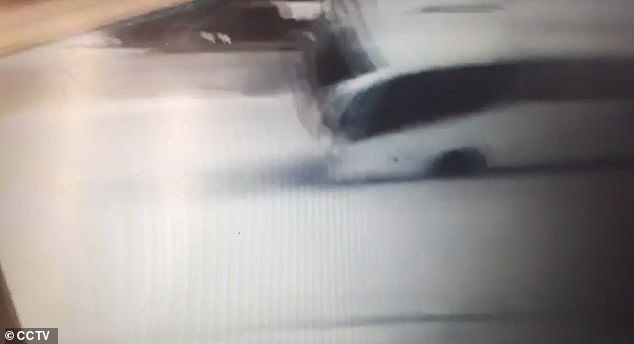 The bus was leaning towards the left side before it overturned and crashed, killing three female tourists – two from Argentina and one from Peru 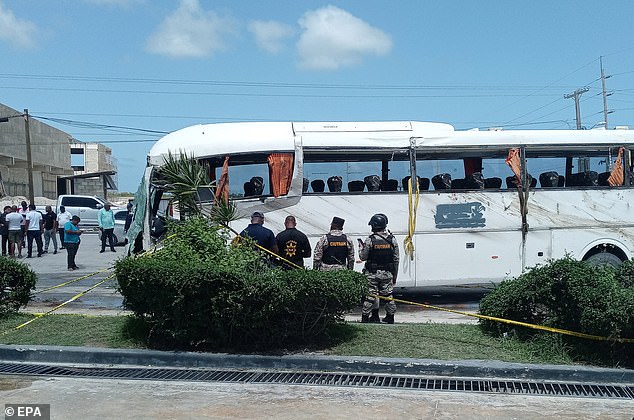 Authorities stand near a road where the bus crashed in the Dominican Republic on Thursday. The accident left three tourists dead and 48 others injured 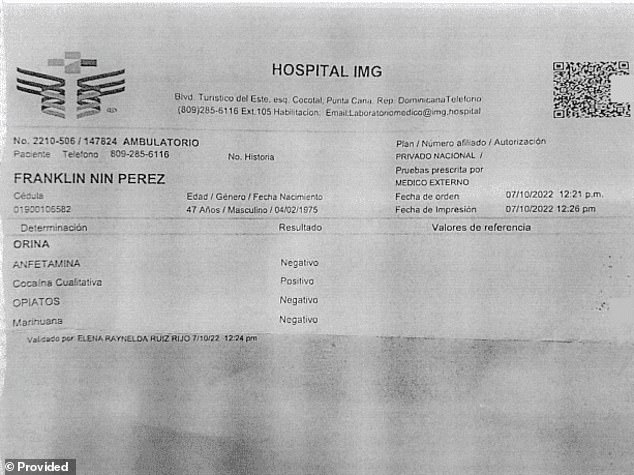 A newlywed couple from Brazil that traveled to the Dominican Republic to celebrate their honeymoon was also among the injured, according to Brazilian news outlet G1.

‘She is doing much better and getting better every day,’ said Abdalla, who escaped with abrasions on both arms and required stitches. ‘She has already managed to get out of bed, this is a good sign and she is also less swollen. She’s stable and talkative, even a little irritated about staying in the ICU bed.’