Dominic West claimed it is ‘daft to kick someone out over a fling’ and suggested ‘women should be more indulgent of affairs’ in an interview from 2016 which has come to light in the wake of his tryst with Lily James.

The actor, 50, also branded monogamy ‘not the necessarily natural way to be’ during a sit-down chat last year, which resurfaced just hours after he was publicly forgiven by his wife of 10 years Catherine FitzGerald over his passionate clinch with Lily, 31.

The father-of-five made the comments while promoting his hit drama series The Affair, in which he portrayed the role of Noah Solloway, who engaged in a fiery extramarital relationship with a younger woman Alison Bailey (Ruth Wilson).

Speaking in a 2016 interview with the Evening Standard, Dominic boldly mused: ‘I mean, I think women should be more indulgent of affairs. I really do. It’s daft to kick someone out over a fling. Isn’t it?

‘Everyone should turn a blind eye to men’s behaviour between the ages of 40 and 50. Let it all blow over.’

‘It’s daft to kick someone out!’ Dominic West’s interview about infidelity has resurfaced, after he was forgiven by his wife Catherine FitzGerald over his clinch with Lily James 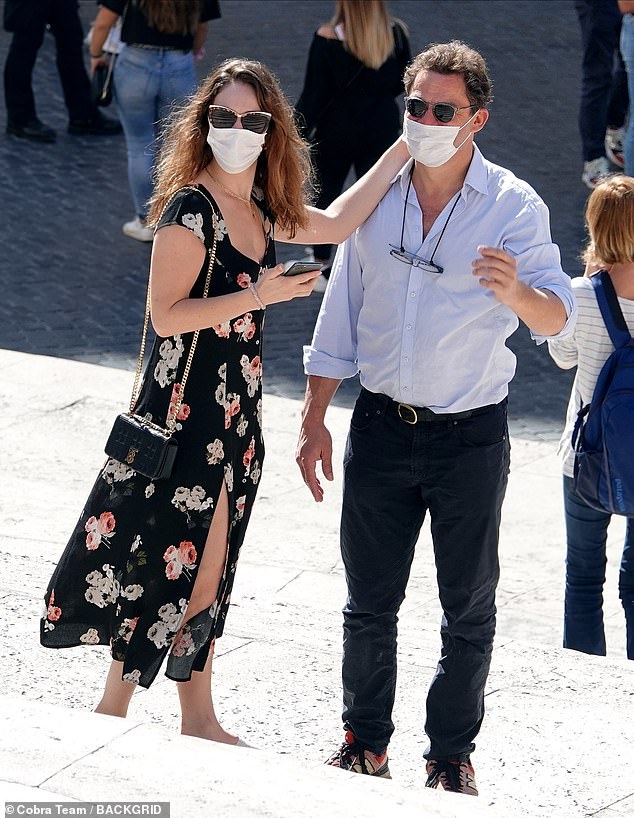 PDA: The thespian, 50, was seen kissing the Mamma Mia! star, 31, during a boozy date in Rome over the weekend

The father-of-five, who shares daughter Martha, 22, with his ex Polly Astor, also told Harper’s Bazaar last year: ‘It’s one of those subjects that people have very strong opinions about because everybody is open to it and can experience it. It affects kings as much as it does snails.

‘A lot of people have experienced it and a lot of people fear it. I suppose people suspect that the conventions that we have agreed upon in society, that a man and women can stay together for life or a certain amount of time without cheating, that they’re not really staying together based on anything other than how society thinks they should behave.

‘It’s not the necessarily natural way to be, therefore there will always be adultery and intrigue about it.’

The award-winning actor put on an united display with the mother of his four children outside their home near Chippenham in Wiltshire on Tuesday, telling reporters: ‘Our marriage is strong and we’re very much still together’. 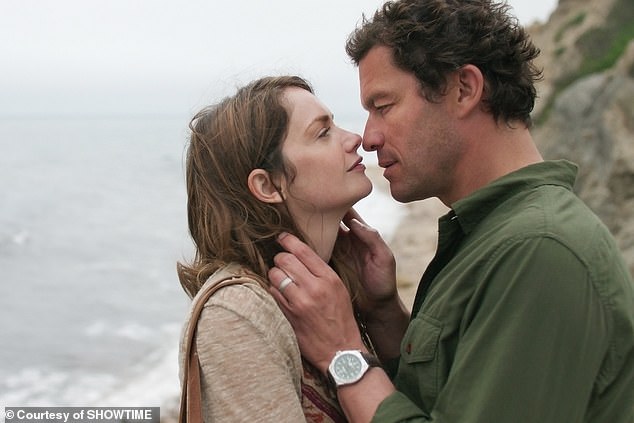 Background: The screen star is best known for playing Noah in Showtime drama, The Affair, which sees him engage in an extramarital relationship with Alison (Ruth Wilson, pictured) 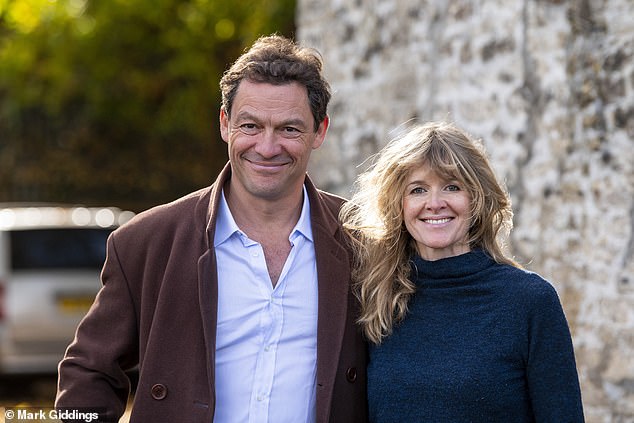 Candid: Four years ago, the TV and film star admitted he finds it ‘daft’ that people regard cheating as a deal breaker in a relationship and claimed monogamy isn’t ‘natural’ 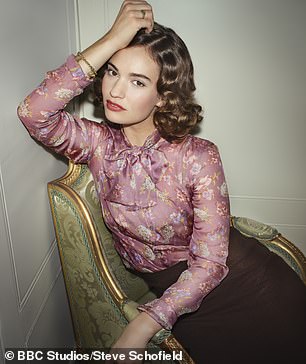 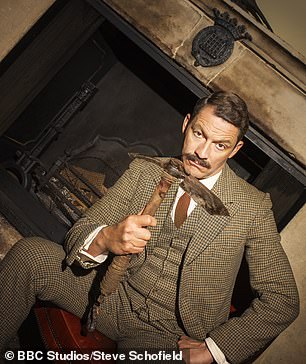 Working together: Lily and Dominic are set to star in Emily Mortimer’s adaptation of Nancy Mitford’s celebrated novel The Pursuit Of Love for the BBC

The Les Misérables star also told the NY Times in 2016: ‘It’s extraordinary what a hot topic it is and how everybody has a very strong view about it, so that’s a very good premise for a TV show.

‘What I didn’t want to happen, and I don’t think it has happened, is that it would be a sort of morality tale where, ‘Don’t have an affair, kids, because you’ll end up killing people and going to jail with Brendan Fraser.”’

MailOnline understands Dominic flew back from Rome on Monday night for crisis talks with his wife, just hours after she told a friend she was ‘heartbroken, shocked and devastated’ after seeing pictures of him locked in an embrace with Lily, while not wearing his wedding ring. 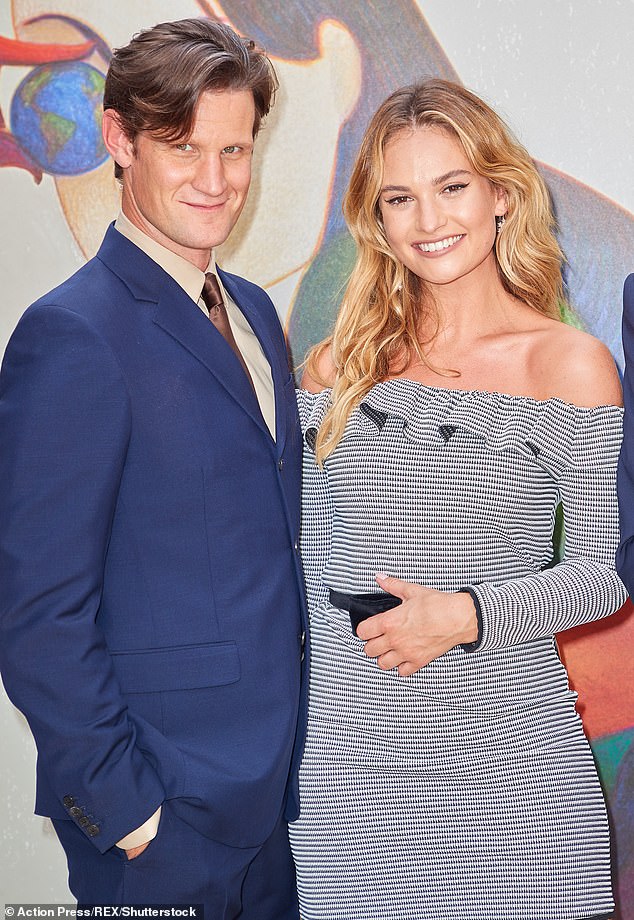 The end: Last week, it was announced that the actress had split from Matt Smith, 37, for good after a failed attempt to rekindle their five-year romance in lockdown (pictured in 2018)

Dominic has been married to Irish landscape designer and aristocrat Catherine since 2010.

On Monday, she confided in a friend that she and Dominic were still ‘very much together’ at the time of his steamy clinch with the younger actress, and she had said she considered the marriage to be ‘probably over’.

A female friend who came to console her told MailOnline that she has was ‘devastated’ over the images because she thought she and Dominic had a ‘good marriage’.

As yet, there has been no sighting of Lily and she is yet to issue any sort of statement on the matter. She and Dominic share the same manager, who was also with them on the trip.

The 300 actor and the Mamma Mia! star caused quite the stir with their passionate – and very public – display and didn’t seem to mind who saw them as they cuddled up while taking in the sights of the Italian city.

A friend told MailOnline on Monday: ‘Catherine has seen the pictures and she’s devastated. I came over to speak with her as soon as I knew about them.

‘Catherine has been trying to speak with Dominic but he’s not answering his phone. She’s totally shocked because she didn’t know anything was going on. They were very much together, so this is completely out of the blue. 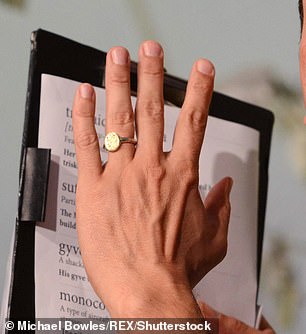 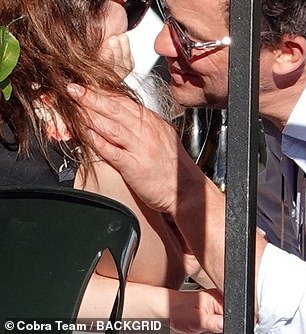 Before and after: Dominic with his wedding ring on (left) and without it in Rome (right)

‘She thought they had a good marriage and now it’s probably over. That’s how she feels right now but the two of them need to speak but at the moment, she’s lost for words.’

A gardener who lives on the grounds of the stunning property added: ‘This is their family home and as you can see it’s a wonderful place. They’ve got great kids and everything that you can imagine.

‘Catherine was devastated when she saw those pics and they also left us feeling quite numb. It’s a total shock to all of us who know them.’

Neighbours in the picturesque postcard village where Catherine lives with Dominic and their children – daughter Dora, 13, son Senan, 12, son Francis, 11, and daughter Christabel, seven, have also been rallying around her.

On Thursday, it was announced that Lily had split from The Crown star Matt Smith, 37, for good after a failed attempt to rekindle their relationship in lockdown following an on-off five year romance.

MailOnline contacted Dominic and Lily’s representatives for comment at the time of publication. 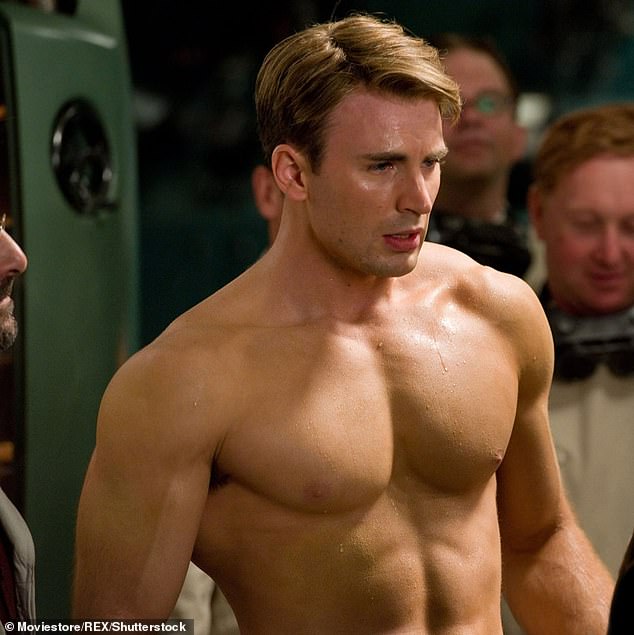 Brief romance? In July, the Cinderella star was pictured enjoying a night out and a cosy park date in London with Captain America hunk Chris Evans, 39 (pictured in 2011)