A friend who attended Dominic Perrottet’s now-infamous 21st birthday party has revealed the Premier offered to remove the Nazi uniform he wore at the event.

During a special press conference on Thursday, Mr Perrottet, 40, said he was ‘naive’ and regretted the decision to wear the costume in September, 2003 as he made a grovelling apology.

Speculation about his future as NSW Premier is growing as a guest at the party revealed how Mr Perrottet offered to take the costume off during the shindig.

He made the offer to Jewish student Anthony Orkin, who is now the Antisemitism Program Manager at the University College of London, according to the anonymous source.

The source, who said the move was jovial at the party, didn’t share Mr Orkin’s response, though it is believed that no offence was taken at the party.

‘It was the year after we had taken over the Young Liberals,’ the source told the Daily Telegraph.

‘We’d taken over a lot of the branches – Balkin had taken over the Vaucluse branch of the Young Liberals. (Upper House MP) Nat Smith was trying to take over Ryde. Alex Hawke was Young Liberal president. We were feeling on top of the world.

‘Every time Bon Jovi would come on – Dom’s favourite band – everyone would all be yelling and singing Livin’ On A Prayer together.

‘I don’t remember too much – we were young and there was some drinking – and also Charles [Perrottet, the premier’s brother] had a uniform-themed party a year later at the same place, so it is a bit of a blur.

‘But I do remember Dom in his Nazi uniform, which he offered to take off that night.’

Sources at the party say another guest was also wearing a similar Nazi uniform.

It was well attended, with sources recalling seeing from 50 to 100 people. 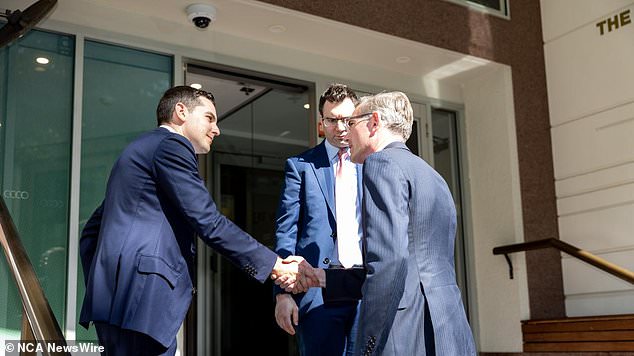 Shortly after making the shocking announcement, Perrottet arrived at the Jewish Board of Deputies museum in Sydney to meet with leaders on Thursday afternoon 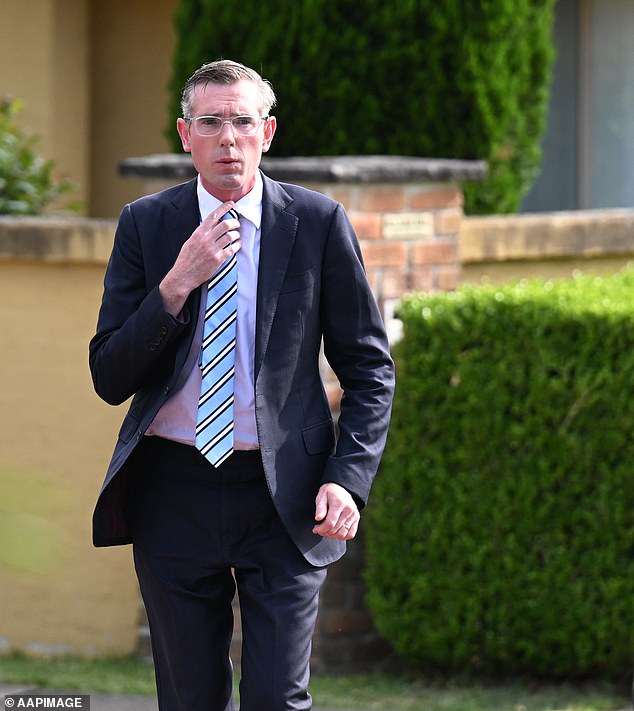 Among the guests were Mr Perrottet’s close-knit group of friends, ex-students from Redfield College in Dural, where he had attended high school, students from Sydney University where he was studying law, and Warrane College, the Opus Dei residential college attached to the University of NSW.

His brother Charles is believed to have later thrown a ‘world leaders’ theme party.

No photos have yet been released of Mr Perrottet’s costume, though sources suggest his father walked around with a camera at the event.

The latest details come after Mr Perrottet gave a grovelling apology in a press conference.

‘At that age in my life I just did not understand the gravity and the hurt of what that uniform means to people, not just in our state … but around the world,’ he said.

‘I’m deeply ashamed of what I did and I’m truly sorry for the hurt and the pain this will cause for people right across our state, and in particular, members of the Jewish community, Holocaust survivors, veterans and their families.

Insiders have predicted his leadership is over, with some even tipping the Liberal Party could dump him before the state elections on March 18.

The premier issued a second grovelling apology on Friday morning after it was revealed exiting cabinet minister David Elliott had raised the alarm on the row.

Jewish leaders have revealed how one Holocaust survivor was reduced to tears by the father of seven’s revelation.

‘There is a sense of worry about what kind of world we are creating,’ Breann Fallon of the NSW Jewish Board of Deputies told the ABC.

‘[A Holocaust survivor who rang in] was mostly concerned about how future generations would take this… and conveying that it is not a past issue, it’s a present and future issue.’

She added: ‘That uniform is not just an inanimate object.

‘It is a symbol of hatred, of bigotry, of genocide and discrimination and it will bring back all of those memories.’