When the heat is on a government — as it definitely has been on this one over the past week — a distraction is customarily offered.

This will typically involve claims to be ‘getting tougher on crime’, as concern on this matter is always among voters’ highest priorities. It certainly was among the so-called Labour ‘red wall’ voters of the North and Midlands, whose seismic switch to the Tories was the key to Boris Johnson’s thumping majority at last December’s General Election.

So I was not surprised that two Sunday newspapers yesterday led with Government-inspired stories of this sort.

One had ‘Boris Johnson set to opt out of human rights laws’, with the promise that ‘opt outs from the Human Rights Act’ would make it much easier for foreigners convicted of crimes in British courts to be deported to their country of origin.

And another had ‘Dangerous terrorists will stay locked up for life under new rules’ — based on an article purportedly written by the Prime Minister (apparently he hasn’t got much else to do).

I was not surprised that two Sunday newspapers yesterday led with Government-inspired stories of this sort. One had ‘Boris Johnson set to opt out of human rights laws’, with the promise that ‘opt outs from the Human Rights Act’ would make it much easier for foreigners convicted of crimes in British courts to be deported to their country of origin

Specifically, the ‘new rules’ promised would enable ‘whole life sentences’ to be passed on those who were at least 18 years old at the time of their crime. Currently, it is necessary for the perpetrator to have been 21 or older to receive such a sentence.

This follows the trial of Hashem Abedi, the accomplice and younger brother of the Manchester Arena suicide bomber, for whom the judge said he would have considered a ‘full life’ term, but could not as he was only 20 years old at the time.

Well, fine: change the law. Although Hashem Abedi was told he must serve at least 55 years before being considered for release, which might well see him die in prison. And in any case, whole life terms are exceedingly rare (our jails house not much more than 70 such offenders).

But these two initiatives — even assuming they translate into law rather than remain mere newspaper headlines — are also a distraction from the much bigger insult to our sense of justice in the way the criminal law system is now working (or, rather, not working).

The backlog of cases set to be tried in our courts now exceeds 500,000.

Certainly, the closing of the courts during lockdown has contributed to this scandalously high figure — which multiplies the risk of further offences being committed by those freed on bail rather than held on remand.

But the wheels of justice have been grinding ever more slowly over the past decade, and, as the saying goes, justice delayed is justice denied.

This is true for both defendants and victims, but it is the latter whose misery most perturbs the public: our sympathy naturally rests most with those seeking restitution for their suffering. 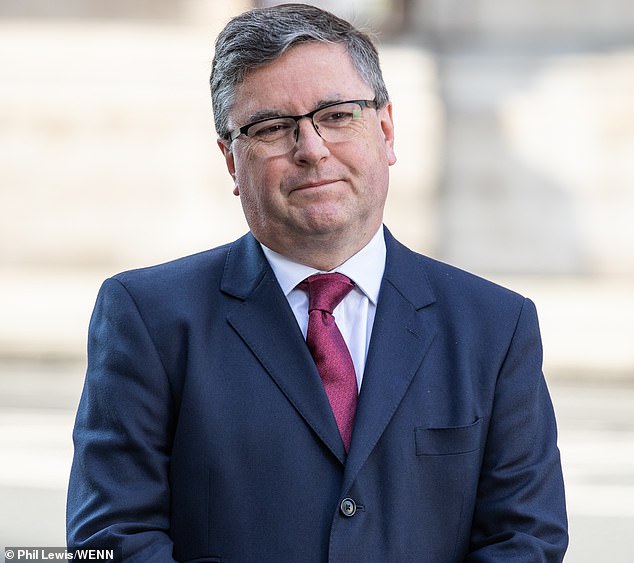 The Justice Secretary, Robert Buckland, last week pledged £80 million to fund a series of measures to address the trial delays, including so-called ‘Nightingale courts’ (analogous to the Nightingale hospitals for Covid patients)

In the words of one involved professionally in this field: ‘The criminal justice system was pretty dysfunctional before coronavirus, but we are on a journey towards it being totally broken . . . we are looking at three to five-year delays [in trials] across the board.’

Imagine the scale of frustration, despair and trauma this imposes on victims, whose lives are effectively suspended in the deepest uncertainty, anxiety and irresolution.

As James Mulholland QC, the vice chair of the Criminal Bar Association, says: ‘There is unquantifiable psychological damage that can’t be recompensed… from unreasonable delays due to trials being pushed out another one to two years on top often of intolerable delays put upon many trial dates even pre-Covid-19.’

I gained some insight into this when I spent a day at Snaresbrook Crown Court in East London a few years ago (I wrote about it for the Mail at the time).

I was invited by a friend who happened to be a judge doing hearings there. With 21 courtrooms, it is the biggest such complex in Europe, although now, because of social distancing rules, it is processing only three trials at any one time.

Even then, I was struck by the length of time that had passed between the crime and the trials which I was witnessing. One was a straightforward case of causing death by dangerous driving which took less than a day to be processed in court. Yet the incident (and the arrest of the perpetrator) had taken place two years earlier.

Imagine what this means in the case of trials for rape, which are vastly more complex — and what it means for the women who must be wondering as the years pass: ‘Is this worth it?’

To give a sense of the extent to which the system had been congealing even before the coronavirus struck, it is only necessary to observe that while in 2010 police and prosecutors took an average of 392 days to bring a suspect to justice, by 2017 the figure had risen to 600 days.

Who is responsible for this, politically? 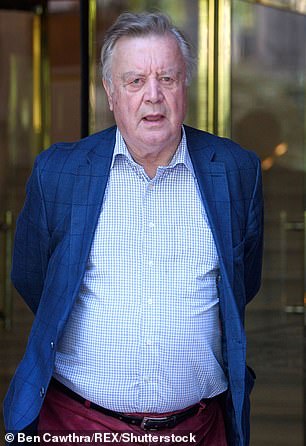 Step forward Ken Clarke, who was appointed Justice Secretary by David Cameron when he formed his first (coalition) government in 2010.

Cameron had sworn to bring the deficit under control, but also to protect the budgets in such areas as health and overseas aid. So some departments suffered disproportionately from ‘austerity’ — and Clarke, with his customary insouciance, happily offered up his own. In June 2010, the ministry announced plans to close more than 150 of the 530 courts in England and Wales.

In the same week, Clarke made a speech declaring that the prison population was, in any case, ‘too high’. This had always been his view, and he had long been an internal Tory opponent, philosophically speaking, of his old friend from Cambridge University days, Michael Howard. It was Howard who declared, as Home Secretary, that ‘prison works’ — and broke with decades of Home Office defeatism in the battle to reverse the rising crime rate.

Howard succeeded, and the tougher sentencing was, indeed, followed by a drop in crime rates.

Boris Johnson, though in many ways a more socially liberal figure than Michael Howard, nonetheless campaigned in the last election on a pledge to recruit ‘20,000 more police officers’. The only purpose of that — and why it would be thought a vote-winner — could be to arrest more criminals.

And understandably so. The most recent Home Office data revealed that only 4 per cent of burglaries result in the offender being brought before the courts.

But if we get those extra policemen and women, and the promised increase in arrests of burglars, that will only intensify the pressure on an already hopelessly tardy criminal justice system.

The Justice Secretary, Robert Buckland, last week pledged £80 million to fund a series of measures to address the trial delays, including so-called ‘Nightingale courts’ (analogous to the Nightingale hospitals for Covid patients).

But as Judge Keith Raynor said, this did ‘not amount to highly significant expenditure given the scale of the problem’. 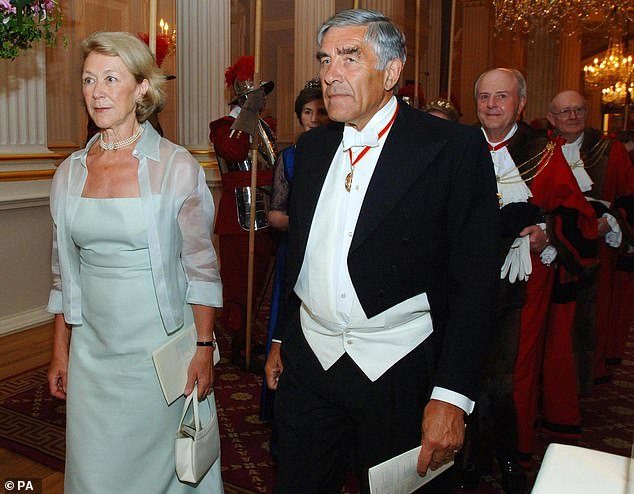 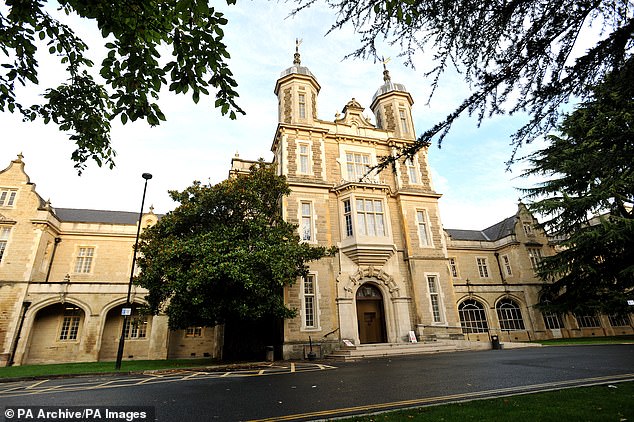 Last month, the former Lord Chief Justice, Lord Phillips, urged that ‘judge only’ criminal trials should be introduced ‘because the alternative of rising delays to trials is horrible’. Clearly, this would solve the difficulties of assembling juries of 12 men and women, when social distancing measures are still mandatory.

But I would be very reluctant to see even a temporary abandonment of the jury system, though Phillips proposed it should happen only with the consent of the defendant (‘any defendant who would like to be tried by a judge only should be allowed that facility rather than waiting years for a jury’).

However, I can’t see that our hallowed principle of criminal trials being invigilated by juries assembled from the citizenry would be compromised if, temporarily, the size of the jury were to be cut to six — which just happens to be the maximum number allowed for day-to-day social gatherings under the latest Covid rules.

This might not have the headline appeal of promising to change the law to enable whole life terms to be given to teenage mass murderers or to make it easier to deport foreign criminals already in our jails.

But the agonising delays in justice, especially for the victims of crime, are the greatest affront — and require the most immediate action.