This wasn’t supposed to happen.

The British people have responded to a draconian lockdown — the Government-directed measure to stamp out coronavirus infection — with good humour and fortitude.

Not only that, we have been significantly more observant of the rules than most other nations in similar lockdowns.

Saturday’s Daily Mail reported a poll conducted by YouGov, in conjunction with Imperial College’s Institute of Global Health Innovation, of almost 15,000 adults in the UK and 13 other such countries.

This wasn’t supposed to happen. The British people have responded to a draconian lockdown with good humour and fortitude. Pictured is Boris Johnson last night thanking NHS staff after he was discharged from hospital

It showed that almost two-thirds of Britons (62 per cent) said they had not been within the mandated minimum 6ft of anyone outside their household over the past week. Across the other 13 countries, the average figure was only 46 per cent — although Spain and Italy had marginally higher rates of observance.

The poll also showed that 88 per cent of Britons had left their house no more than once on the previous day, compared with an average figure of 80 per cent across the 13 other nations in lockdown.

Apparently, these figures have amazed the Government, which had not anticipated anything like this level of public acceptance of the measures introduced by the Prime Minister on March 23.

According to The Spectator’s impeccably well-informed editor, Fraser Nelson: ‘Government modellers didn’t expect such obedience … The stay-at-home exhortations were issued with such vigour because it was assumed — wrongly — that Brits would not really listen.’

But why was that the view in government? They had been listening to their team of behavioural psychologists, who had assured Downing Street that research indicated the British people would not put up with the sort of lockdowns which had already been set in place elsewhere. 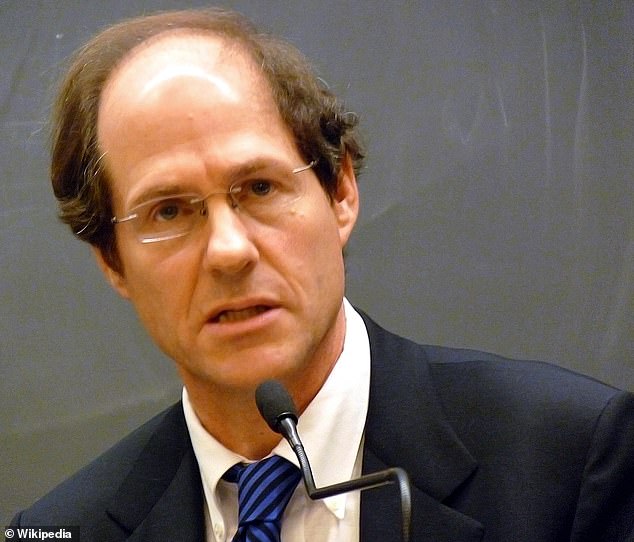 The originator of ‘nudge theory’ is the Harvard law school professor Cass Sunstein (pictured), whose 2008 book, Nudge: Improving Decisions About Health, Wealth and Happiness, was put by David Cameron on a list of ‘required reading’ for his top team

This explains why, on March 9, after Italy ordered a national lockdown, Boris Johnson refused to follow suit, telling the nation: ‘We are doing everything we can …based on the very latest scientific and medical advice.’ The Government’s Scientific Advisory Group on Emergencies, SAGE, had recommended that day, with no internal dissent recorded, that the Cabinet reject a lockdown.

As an epidemiologist involved in these discussions revealed (in a superb investigation by the Reuters news agency): ‘We had milder interventions in place because no one thought it would be acceptable politically to shut the country down. We didn’t model it because it didn’t seem to be on the agenda.’

The switch to more draconian measures has been widely attributed to the paper from Imperial College, published on March 16, suggesting that a quarter of a million Britons would be wiped out by Covid-19 if the Government had stuck to its less interventionist policies, or half a million if there was no social isolation at all.

But as Reuters points out: ‘Imperial’s prediction of half a million deaths was no different from the report by the Government’s own pandemic modelling committee two weeks earlier.’ What had changed was that as other nations — notably Italy — started lockdowns, the public pressure on Downing Street to follow suit became too great to resist. 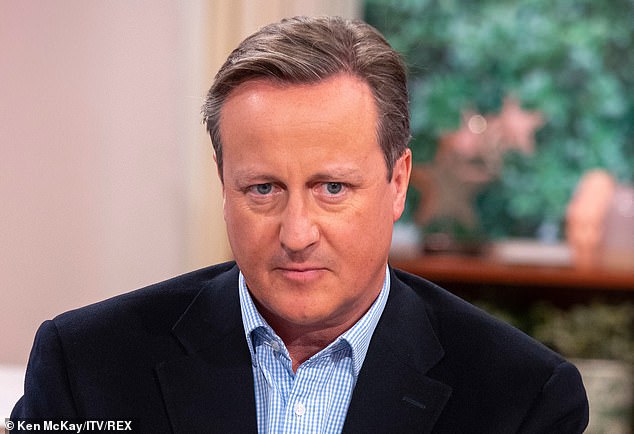 David Cameron was very taken with this and, as a result, set up a ‘Behavioural Insight Team’ in Downing Street

Opinion polls showed sharply waning support for the Government’s handling of the crisis — support which rocketed upward after it introduced the lockdown, and which still remains high.

This might change as April turns to May, and as more and more businesses face imminent bankruptcy. But as things stand, the events of recent weeks come as a devastating rebuke to the so-called ‘nudge theory’ of behavioural psychology, which has held a strange fascination for the British Government throughout the past decade.

Essentially, it argues that the best way to get the public to take health-based decisions in their own interests is to ‘nudge’ them, rather than tell them — on the grounds that people are more likely to take the necessary actions if they believe they are doing it voluntarily.

David Cameron was very taken with this and, as a result, set up a ‘Behavioural Insight Team’ in Downing Street.

Its successor in today’s Government, known as ‘the Nudge Unit’, had advanced the theory of ‘behavioural fatigue’ — the idea that people eventually get bored of doing one thing and start engaging in another — to argue against the viability of an early lockdown. It claimed that if such measures were introduced ‘too soon’, then the public would be in full-scale revolt when the virus reached its peak.

Yet if a lockdown, with all its undesirable social consequences, is to have a serious impact in reducing mortality from Covid-19, it needs to come sooner rather than later because of the exponential nature of contagion from a highly infectious disease. The public seems to get that.

The originator of ‘nudge theory’ is the Harvard law school professor Cass Sunstein, whose 2008 book, Nudge: Improving Decisions About Health, Wealth and Happiness, was put by David Cameron on a list of ‘required reading’ for his top team.

But Professor Sunstein seems to have been caught out by the coronavirus. On February 28, he published a piece entitled The Cognitive Bias That Makes Us Panic About Coronavirus. It argued: ‘As of now, most people in North America and Europe do not need to worry much about the risk of contracting the disease. That’s true even for people who are travelling to nations such as Italy that have seen outbreaks of the disease … Many people will take precautionary steps (cancelling vacations, refusing to fly, avoiding whole nations) even if there is no adequate reason to do that.’ 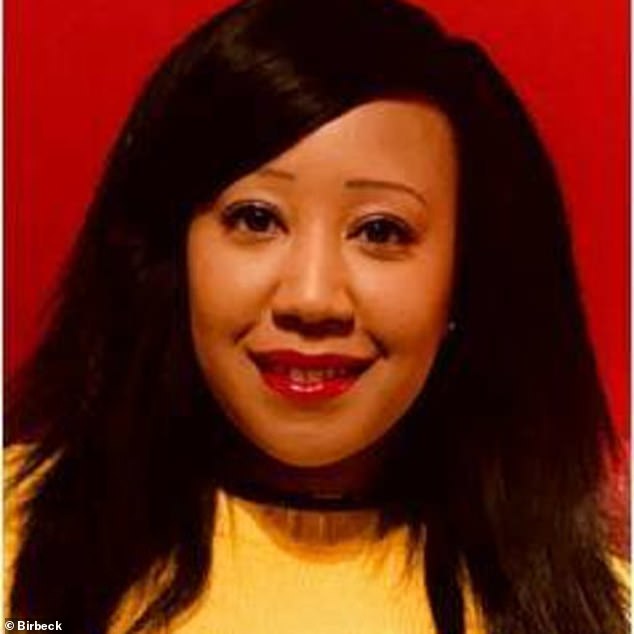 Dr Caroline Kamau (pictured) herself a psychologist at London’s Birkbeck College, wrote two days before Downing Street abandoned its non-interventionist approach: ‘You may be wondering whether there is published evidence showing that applying nudge theory to something like coronavirus is empirically accurate. The answer is no’

A month later, Sunstein had turned around 180 degrees. His next article, published on March 26, was entitled, This Time The Numbers Show We Can’t Be Too Careful. It concluded: ‘Extensive precautions, not ending soon, are amply justified.’ It did not refer to his earlier recommendation that there was ‘no need … for precautionary steps’.

To be fair to behavioural psychologists, a number of them thought — and said — that their colleagues advising the Government had greatly underestimated the ability of the British people to handle a lengthy lockdown.

In mid-March, a group of behavioural psychologists wrote an ‘open letter to the UK Government regarding Covid-19’. They declared: ‘Current Government thinking seems to crucially involve the idea of “behavioural fatigue”.

‘If “behavioural fatigue” truly represents a key factor in the Government’s decision to delay measures [involving social distancing] we urge the Government to share an adequate evidence base in support of that decision.’

That is the point. What, actually, was the experimental evidence for its assessment of the character of the British public in the circumstances of a pandemic?

As Dr Caroline Kamau, herself a psychologist at London’s Birkbeck College, wrote two days before Downing Street abandoned its non-interventionist approach: ‘You may be wondering whether there is published evidence showing that applying nudge theory to something like coronavirus is empirically accurate.

‘The answer is no. This means that the mathematical modelling is based on assumptions from nudge theory about how people will behave, but the assumptions are unlikely to be accurate.’

In other words: rubbish in, rubbish out. 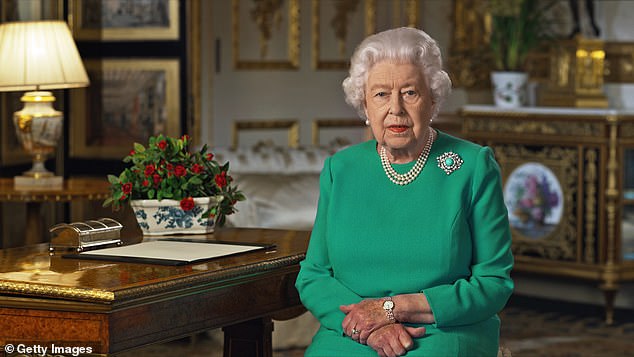 If there is a single person who has been instrumental in capturing the British people’s mood in this moment, it is not a policeman or a behavioural psychologist. That person is Her Majesty The Queen (pictured during her special broadcast last week)

Of course, not all Britons are dutifully obeying the new policy of mandatory, rather than voluntary, social isolation. And the police (or at least the chief constable of Northamptonshire) can enrage even the most docile by threatening such absurd measures as checking individual shopping bags to ensure the public are entering supermarkets only to purchase ‘essential items’.

If there is a single person who has been instrumental in capturing the British people’s mood in this moment, it is not a policeman or a behavioural psychologist. That person is Her Majesty The Queen.

In her televised broadcast last week, the monarch declared: ‘I want to thank all of you who are staying at home, thereby helping to protect the vulnerable …

‘I hope in the years to come everyone will be able to take pride in how they responded to this challenge. And those who come after us will say the Britons of this generation were as strong as any. That the attributes of self-discipline, of quiet good-humoured resolve and of fellow feeling still characterise the country.’

That is the mightiest nudge of all.