Life imitates art, some say. A remarkable example of that paradoxical observation has just been played out, and at the highest political level.

A power struggle has pitched the uncrowned queen of Downing Street, the PM’s partner Carrie Symonds, along with Boris Johnson’s incoming ‘face of government’ Allegra Stratton, against two male advisers who, up until now, have wielded supreme influence at No 10 — Dominic Cummings and Lee Cain. 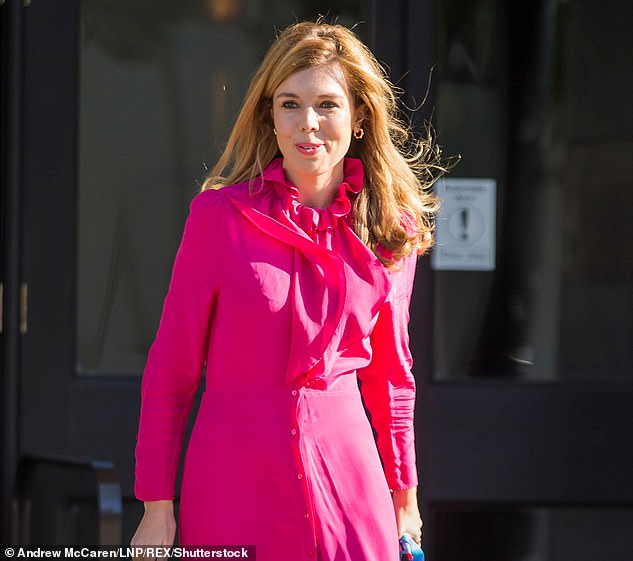 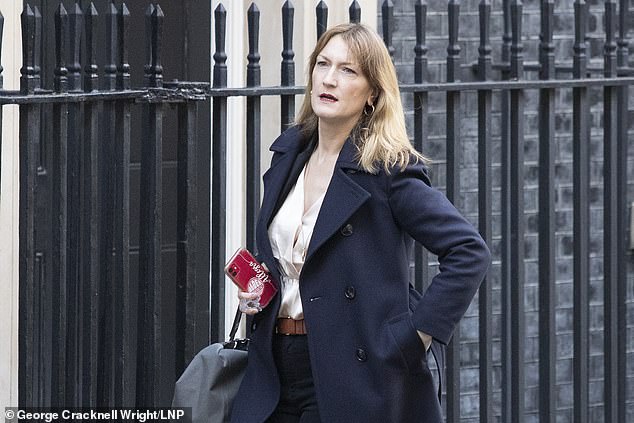 The former BBC and ITV journalist Allegra Stratton (pictured leaving Downing Street) has been appointed the new No. 10 press chief

It is redolent of another struggle for supremacy which has gripped millions of viewers across the world in recent weeks: the Netflix series The Queen’s Gambit, in which Beth Harmon (played by Anya Taylor-Joy) takes on the intensely male world of grandmaster chess and beats them all at their own game.

If both stories (one in the real world of politics, the other a fictional drama) have a common message, it is this: don’t underestimate what has been traditionally denigrated as ‘the weaker sex’.

I take a deep interest in both spectacles: the Downing Street battle because it matters to all of us how decisions are made at the pinnacle of government; The Queen’s Gambit because I have been obsessed with chess since I was a teenager, and am the (elected) President of the English Chess Federation.

So I am thrilled that The Queen’s Gambit has captured the viewing public’s imagination and, as a result, many thousands of young women are thinking of taking up the game, while sales of chess sets and membership of online chess platforms have skyrocketed.

However, while female supremacy in politics is very much part of our history (we have had two women Prime Ministers, one rather more impressive and significant than the other), in chess it remains in the imagination of those who made The Queen’s Gambit and of the author of the book on which it was based.

This was Walter Tevis, who died in 1984, a year after his novel (also called The Queen’s Gambit) was published.

He explained that he wanted the book to be ‘a tribute to brainy women’, such as his daughter, Julie.

He added: ‘I like Beth for her bravery and intelligence. In the past, many women have had to hide their brains, but not today.’

That was optimistic. Many women at that time would have said that they were constantly being patronised by men, and had not been given the support and encouragement offered to males of no greater (and possibly, less) intelligence.

Both chess and politics at the highest level are characterised by a ferocious and overt competitiveness which, even today, tends to be encouraged in boys but often discouraged in girls.

The photo of Boris Johnson and Lee Cain, as they had a farewell drink last week, tells us this. 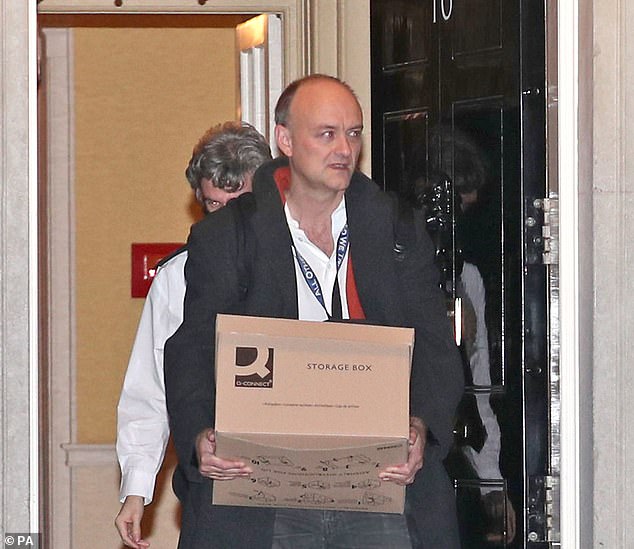 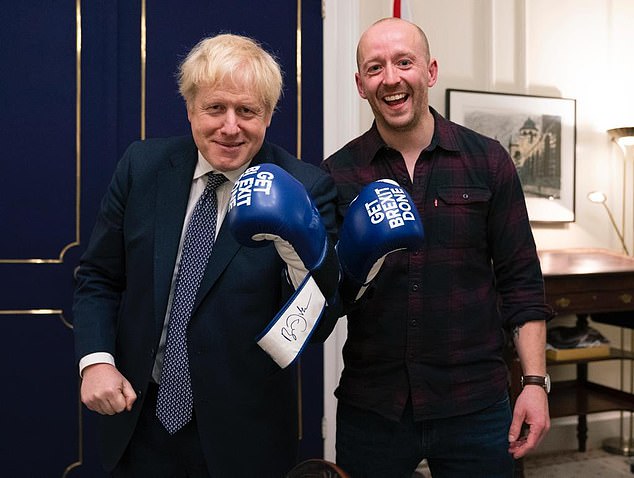 The metaphor couldn’t be clearer: top level politics is pugilistic, about battering your opponents into submission by sheer force 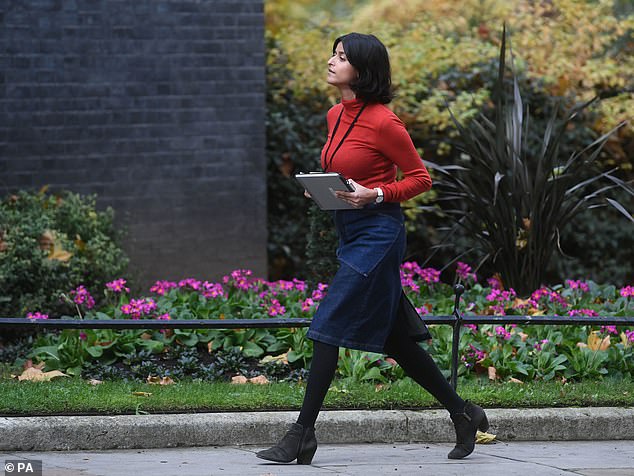 As it happens, Mirza was (allegedly) part of the small group of women who saw off Cain and Cummings

Both are wearing boxing gloves (with the legend ‘Get Brexit Done’). The metaphor couldn’t be clearer: top level politics is pugilistic, about battering your opponents into submission by sheer force.

This sort of approach is very masculine, and many women would regard it as childish.

It also explains why some female commentators have denounced what they claimed was the ‘blokeish’ style of the Downing Street operation when Cummings was the PM’s chief adviser.

Jill Rutter, a former senior civil servant, told The Guardian in July: ‘It’s Munira Mirza [the PM’s adviser] and a bunch of blokes: I think this is an incredibly blokey government.’

As it happens, Mirza was (allegedly) part of the small group of women who saw off Cain and Cummings. She has been Johnson’s aide, on and off, for years, and was recently acclaimed by the PM as one of the people who had most influenced him in his life.

This fact, in itself, gives the lie to the idea that the PM was captured wholesale by a ‘boys’ gang’.

And Cummings is not at all one who discounts the political views of women because they are women. Indeed, he fought unsuccessfully for his colleague Cleo Watson to become chief of staff at No 10.

Many more traditional Tories do condescend towards ‘the ladies’, but Dominic Cummings is far from that type — indeed, he despises them.

His legendary rudeness was of the equal opportunities sort. He didn’t care what someone’s status or gender was: if he thought they were talking rubbish, he would demolish them, without any of the social constraints or politesse which characterise the Whitehall way of doing things.

You might say that this approach was, indeed, very male. Because, on the whole, women are more sensitive to the feelings of others, and more reluctant to trample all over them.

In addition, it takes colossal self- confidence to behave like that, and men — from a mixture of testosterone and upbringing — tend much more than women to have it. Or, to put it another way, if a man behaves in that fashion, it is accepted in a way in which it wouldn’t be in a woman.

But politics is an intensely social occupation: so sucking-up can play a much bigger role than intellect.

That is one reason Cummings had such contempt for politicians, whom he saw as interested much more in social approval, at a purely personal level, than pursuing a policy logically and consistently.

Chess (a game with which Cummings is fascinated and which we have played together) is inherently about analytical calculation: calculation which is either right or wrong, with no half-way compromise.

You can’t charm or persuade your opponent into losing. No tournaments are won through popularity or social skills.

Indeed, such world chess champions as Bobby Fischer and Garry Kasparov relished the psychological collapses they brought about in their opponents. 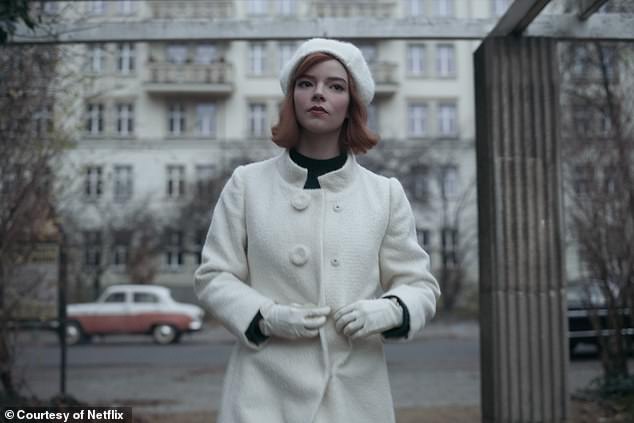 It is redolent of another struggle for supremacy which has gripped millions of viewers across the world in recent weeks: the Netflix series The Queen’s Gambit, in which Beth Harmon (played by Anya Taylor-Joy) takes on the intensely male world of grandmaster chess

Both of them also expressed the view that the reason why a woman could never match their achievements was not because of any relative intellectual deficiency but because they were not up to the intensity of the struggle at world championship level: that they weren’t ‘fighters’ in the way men could be.

In The Queen’s Gambit, the female lead triumphs in part because she is given characteristics we associate with ‘maleness’.

She is, from the start, direct in telling her higher-rated male opponents that she is better than they are. She really doesn’t care if they like her or not.

In fact, there is one — real — woman whom Beth Harmon resembles, and not just because they both have auburn hair.

That is Judit Polgar, the Hungarian who beat Bobby Fischer’s long-standing record of becoming the youngest grandmaster in history, and at her peak in 2005, at the age of 29, was ranked eighth in the world.

No other woman has come close to reaching that. The current top female player, China’s Hou Yifan, is ranked 88th. 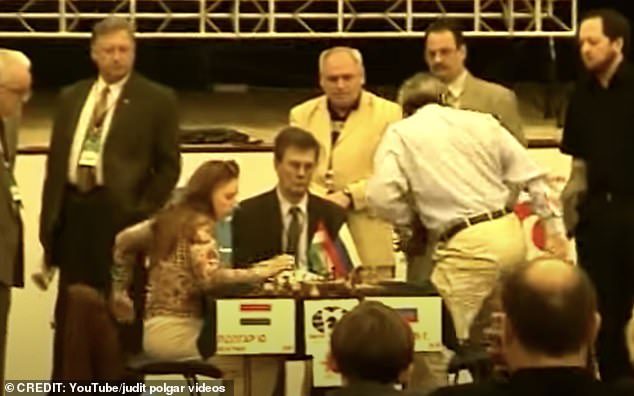 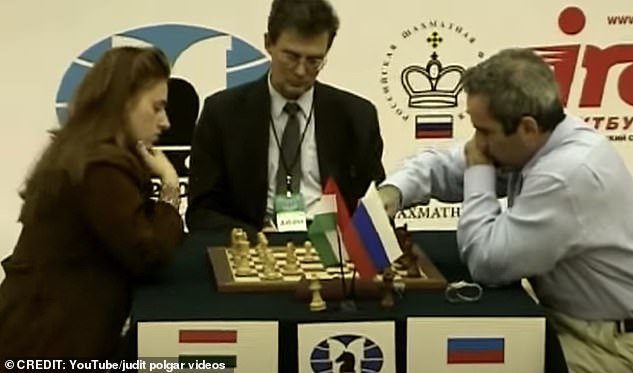 Judit says that the gallant way in which many of Harmon’s male opponents conceded to her in The Queen’s Gambit — the Russian champion in the series, Borgov, puts her hand to his lips — is truly a fiction: ‘There were opponents who refused to shake hands . . . There was one who hit his head on the board after he lost.’

When I interviewed her in 2012 (two years before she retired) Judit said her own remorseless toughness at the board caused her trainer, Lev Psakhis, to tell other grandmasters: ‘She’s a man. She only looks like a woman.’

Judit said this to me: ‘Well, that’s how I live. I have a problem with my stupid logic and some of the time I suffer with this.

People say I’m tough and harsh; because I say I don’t care what you think . . . it’s just not acceptable for a woman to be self-confident and people confuse it with arrogance.’

And the lesson for the women who appear to have triumphed at the behind-the-scenes political chess game in No 10? You will need to be every bit as tough as the men, and then some.