Dominic Cummings today lifted the lid on the chaos in No 10 and how he leaned heavily on a ‘data geek’ who worked on the Vote Leave campaign who he compared to a hero from the disaster movie Independence Day.

The PM’s top advisor said that Dr Ben Warner told Boris Johnson in March the NHS would be ‘smashed in weeks if not days’ because SAGE had got it ‘all completely wrong’ having predicted the tipping point would be June.

Mr Cummings said: ‘It was like a scene from Independence Day with Jeff Goldblum saying the aliens are here and your whole plan is broken and you need a new plan. With Ben Warner in the Jeff Goldblum role’.

He said the PM was warned: ‘The NHS is going to be smashed in weeks, really we’ve got days to act.’ Despite this Mr Johnson announced a lockdown beginning on March 23.

Mr Cummings also gave extraordinary, and at times embarrassing, evidence about members of the Prime Minister’s top team and what they said when the pandemic began to grip.

First he quoted Helen MacNamara, former deputy cabinet secretary, as saying ‘we are absolutely f***ed … I think we’re going to kill thousands of people’. And he also named senior official Mark Sweeney, from the Cabinet Office, who allegedly declared last year that ‘there is no plan’ and ‘we’re in huge trouble’.

Then Mr Cummings said the Cabinet Secretary Mark Sedwill had suggested the Prime Minister go on television and tell people to catch coronavirus at ‘parties’ as if it was chicken pox. 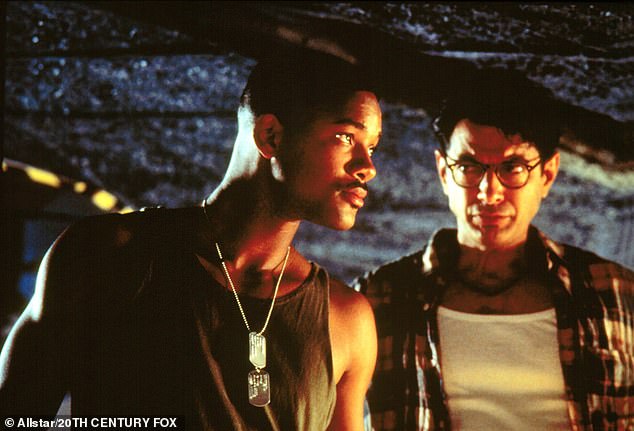 Mr Cummings said: ‘It was like a scene from Independence Day with Jeff Goldblum saying the aliens are here and your whole plan is broken and you need a new plan. With Ben Warner in the Jeff Goldblum role’

Vote Leave ‘data geek’ who calls himself ‘The Warnertron’ and was sent to emergency Cobra meetings 13 times, often without his boss Cummings who was too busy 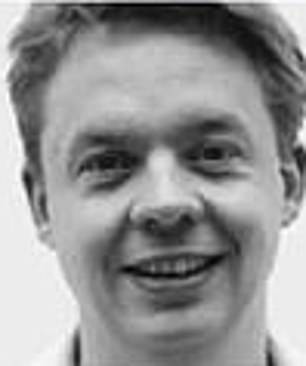 Ben Warner, a physicist and data expert, was brought into No 10 on the advice of Dominic Cummings after his success with modelling Vote Leave

Ben Warner, a data scientist who worked alongside Dominic Cummings on the Vote Leave campaign in 2016, was brought into Downing Street in December 2019 after Boris Johnson’s election win.

The PM asked him to join the Government after after he predicted the election result to within one seat and was also a was a key figure in modelling for the EU referendum campaign in 2016, helping target working class pro-Brexit communities.

When the pandemic started in the UK, Mr Cummings said he leaned heavily on his long-term colleague, who he praised repeatedly. This included sending him to top secret Cobra meetings.

When asked why Dr Warner was sent he said: ‘The best use of people’s time was to send Ben Warner, a physicist I hired, and a Downing Street adviser. A lot of Cobra meetings are just PowerPoint slides and aren’t very useful’. 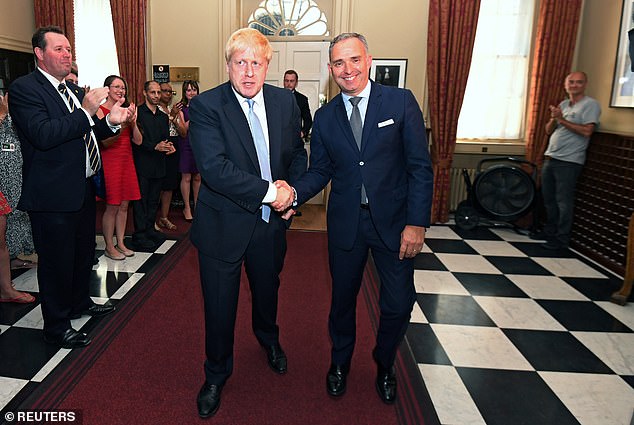 The Prime Minister’s former chief adviser Dominic Cummings said the Cabinet Secretary had suggested the Prime Minister go on television and tell people to catch coronavirus as if it was chicken pox.

Giving evidence to the Commons Health and Social Care and Science and Technology Committees, he said: ‘We are sitting in the Prime Minister’s office, the Cabinet were talking about the herd immunity plan.

‘The Cabinet Secretary said ‘Prime Minister you should go on TV tomorrow and explain to people the herd immunity plan and that it’s like the old chicken pox parties, we need people to get this disease because that’s how we get herd immunity by September’.

‘I said ‘Mark (Sedwill), you have got to stop using this chicken pox analogy, it’s not right’ and he said ‘why’ and Ben Warner said ‘because chicken pox is not spreading exponentially and killing hundreds of thousands of people’.

‘To stress, this wasn’t some thing that Cabinet Secretary had come up with, he was saying what the official advice to him from the Department of Health was.’ 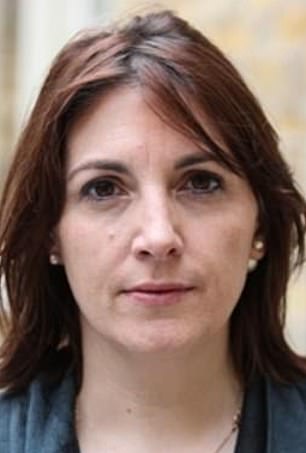 Mr Cummings was recalling a conversation he had about the Government’s initial response to the pandemic with Helen MacNamara, the then deputy cabinet secretary.

He said: ‘Helen MacNamara said ‘I’ve come through here to the Prime Minister’s office to tell you all I think we are absolutely f*****.

‘I think this country is headed for a disaster, I think we’re going to kill thousands of people.’

Mr Cummings’ words were broadcast on the BBC News channel, prompting a newsreader to say: ‘I just want to apologise there if any of the language Dominic Cummings has used has offended you.

‘It is live, of course, this committee hearing that we are watching.’

Sky News also broadcast the language, with broadcaster Adam Boulton telling viewers: ‘We are listening to evidence from the former adviser to Boris Johnson and we apologise for the language used in quoting an official visiting Downing Street.’

PM’s top domestic policy advisor warned him: ‘There is no plan, we are in huge trouble’

At this point, deputy Cabinet Secretary Helen McNamara said she had been talking to the official Mark Sweeney, who was in charge with coordinating with the Department of Health and he said, ‘I have been told for years that there is a plan for this, there is no plan, we are in huge trouble’.