Dominic Cummings raised eyebrows today by revealing he was ‘looking into’ setting up an OnlyFans account.

Boris Johnson’s former chief adviser is putting thought into sharing videos on the site, which is best known as a venue for live-stream pornography.

Mr Cummings, 49, signalled his interest in the website while asking for ideas about venues to host video Q&A sessions from subscribers of his paid-for Substack newsletter.

Boris Johnson’s former chief adviser is putting thought into sharing videos on the site, which is best known as a venue for live-stream pornography

One of the subscribers suggested he ‘take notes from the gaming community’ by using a site like OnlyFans or Twitch to stream paid-for sessions live, The Mirror reported.

A second said he should ‘open an OnlyFans just for the headlines’, prompting Mr Cummings to reply, ‘I will look into it!’.

It came as Mr Cummings reignited his war with Mr Johnson yesterday as he blasted the £12billion tax raid and claimed the extra cash will not solve the NHS treatment backlog.

The PM’s former top adviser said ‘No10 can’t do anything but spend’ taxpayers’ money as he said the National Insurance hike was a ‘good day’ for Labour and Tory MPs should ‘put all those ‘party of low tax’ speeches away’.

He said the PM’s plans ‘won’t solve waiting lists’ or problems in the social care system as he argued the Tories are making young people ‘work harder to subsidise older richer people’. 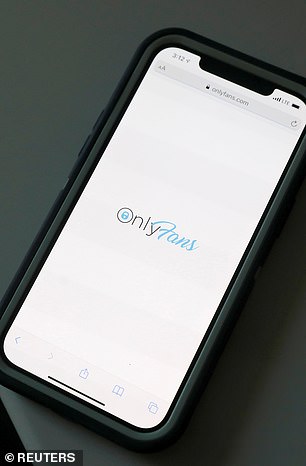 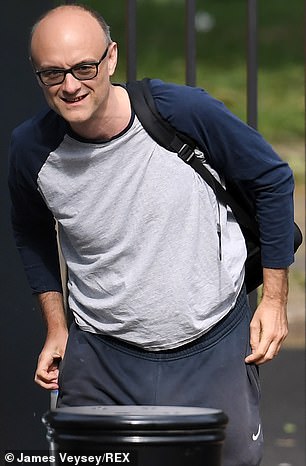 Mr Cummings, 49, (right) signalled his interest in the website (left) while asking for ideas about venues to host video Q&A sessions from subscribers of his paid-for Substack newsletter

Mr Cummings said the tax hike comes after younger generations had already been ‘screwed by a decade of hapless Tory government’ which had left many people unable to buy a house and with lower wages.

In return for the big tax rise – more than £1,000 a year for some higher earners – Mr Johnson has pledged that no individual will have to pay more than £86,000 for social care after October 2023.

But there are major doubts about whether the reforms of the system will achieve, as well as fears that the NHS will simple swallow up all the funding and then demand more.

The health service will receive the vast majority of the £36billion raised by yesterday’s National Insurance hike over the next three years, with social care receiving a £5.3billion slice.

But health bosses said the settlement leaves a ‘significant shortfall’ and warned millions of patients will still face long delays.