EXPRESS INFORMER > Science & Technology > Domestic cats that catch wild animals only do so because of predator instinct, study says

Feline fine! Domestic cats that catch wild animals only do so because of predator instinct, as nearly ALL of their food comes from humans, study says

Domesticated cats that still catch wild animals regularly do so only because of predator instincts, as they get the vast majority of their nutrition from humans, a new study shows.

Using cats whiskers in their study, scientists from the University of Exeter found that 96 percent of cats’ diet came from food provided by owners.

The remaining four percent came from eating wild animals, suggesting that predatory instinct is the reason why the frisky felines are going after wild animals.

The scientists trimmed a whisker from the 70 cats in the study, both at the start of the study and at the end of it. 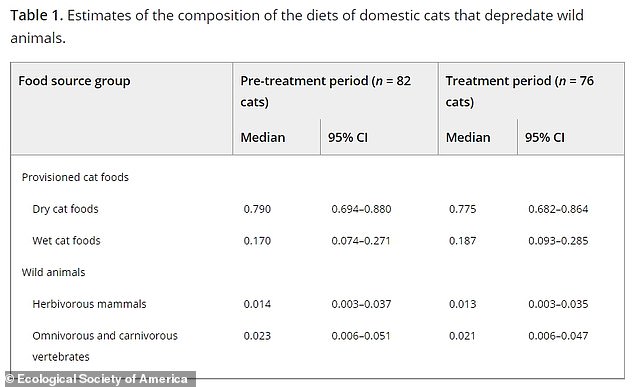 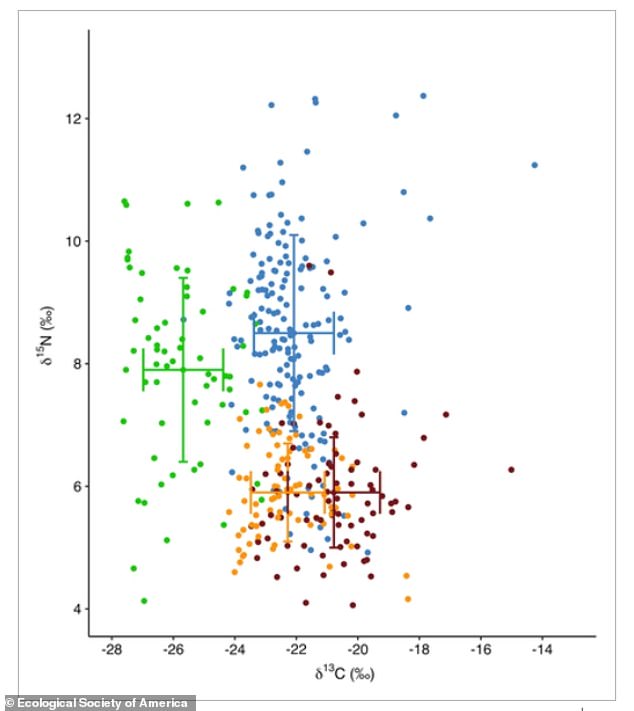 Isotope (orange= wet, brown= dry, green= herbivore mammals, blue= omnivorous and carnivore) ratios in the whiskers gave experts an idea where the protein the cats were getting came from

They looked at isotope ratios in the whiskers to better understand where the protein the cats were getting was coming from.

‘When food from owners is available, our study shows that cats rely almost entirely on this for nutrition,’ said the study’s lead author, Dr Martina Cecchetti, in a statement. 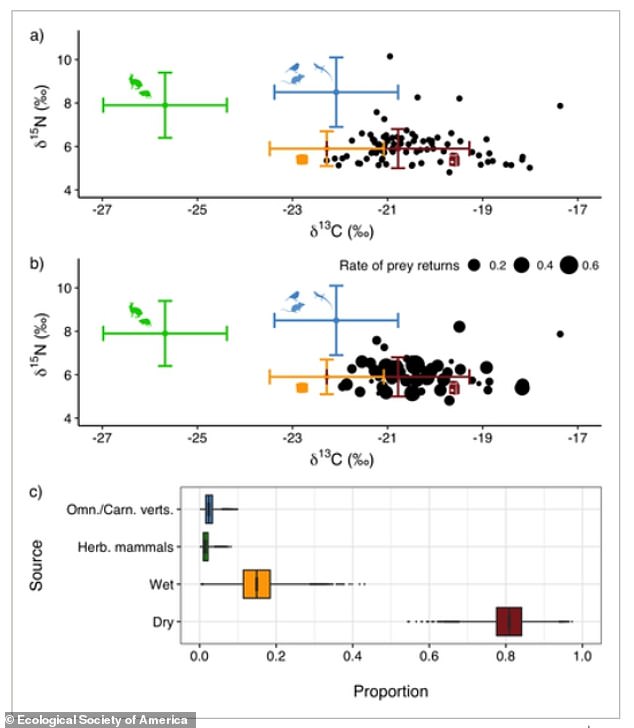 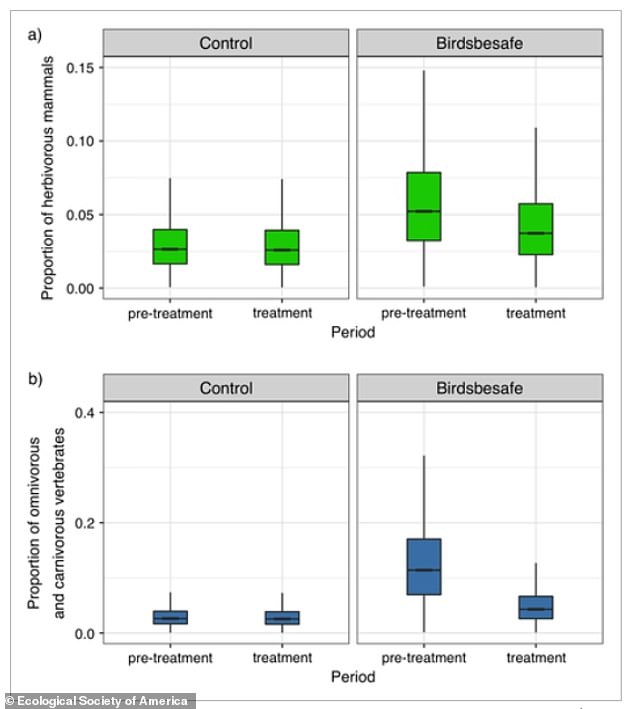 The experts found that cats with the Birdsbeesafe collar cover ate less wild prey, likely due to catching fewer birds

‘Some owners may worry about restricting hunting because cats need nutrition from wild prey, but in fact it seems even prolific hunters don’t actually eat much of the prey they catch.

‘As predators, some cats may hunt instinctively even if they are not hungry – so-called ‘surplus killing’ – to capture and store prey to eat later.’

Conversely, dogs are believed to have the ability to understand when a person is hiding snacks from them.

And they looked at the different measures that would stop cats from killing wild prey, such as bells, Biresbesafe collar covers, diets rich in meat, a puzzle feeder and playing with the cats.

The experts found that cats with the Birdsbeesafe collar cover ate less wild prey, likely due to catching fewer birds.

‘This study reassures owners of cats who hunt that the motive to hunt is instinctive, not driven by nutritional needs,’ said Susan Morgan, Chief Executive of Songbird Survival, which sponsored the study.

‘In the UK, we’ve lost half our songbirds in 50 years, but we can all help to stem this tide.’

In April, DailyMail.com reported that nearly 80 percent of Britain’s most popular songbirds are in decline, including spotted garden birds and chaffinches.

The findings have been published in the journal Ecosphere.