Dolphins quarterback Tua Tagovailoa insisted his teammates are ‘all in’ with him after the NFL team was disciplined over allegations of tampering.

The punishment, which docked Miami of its 2023 first-round pick and its 2024 third-round pick, came after a six-month investigation into the club’s ‘impermissible communications’ with Tom Brady and now-former New Orleans Saints coach Sean Payton between 2019 and 2022, according to the NFL.

In between the Dolphins’ illegal communications with Brady, Tagovailoa was selected by Miami with the No. 5 pick in the 2020 NFL draft. 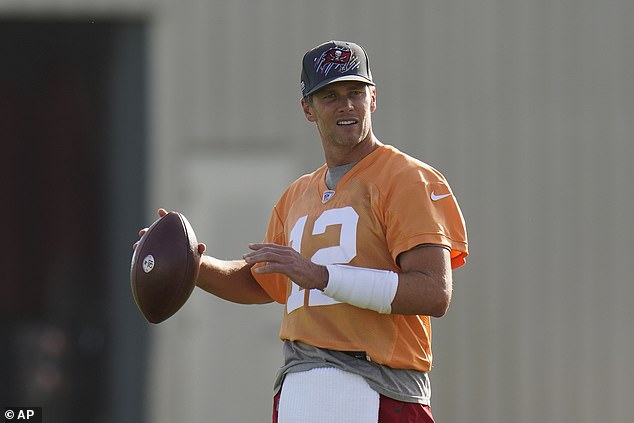 The punishment stems from a six-month investigation regarding events between 2019 and 2022, during which the team is found to have had ‘impermissible communications’ with both Brady (pictured) and then-Saints coach Sean Payton

Speaking to the media Wednesday, Tagovailoa revealed he first discovered the findings of the investigation when he went into the locker room Tuesday, according to Sports Illustrated.

‘I mean I have no idea about all of the details, other than what was shown on TV… That something happened with Brady. I mean, I don’t know all the details, I don’t even know what happened,’ Tagovailoa said, via the NFL Network’s Cameron Wolfe.

‘I got to talk to a couple of the guys to kind of find out what was going on and everyone is wondering the same thing, so it’s not for sure.’ 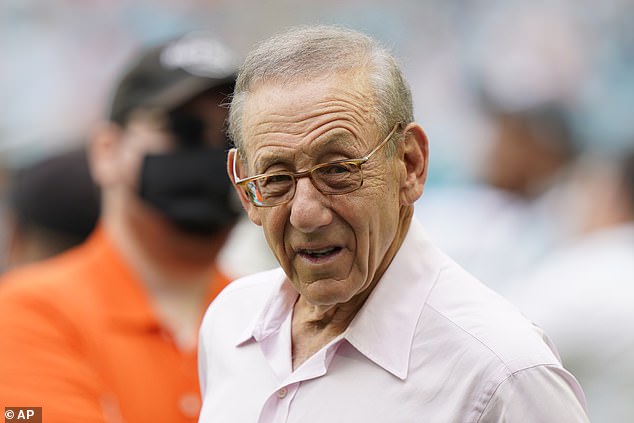 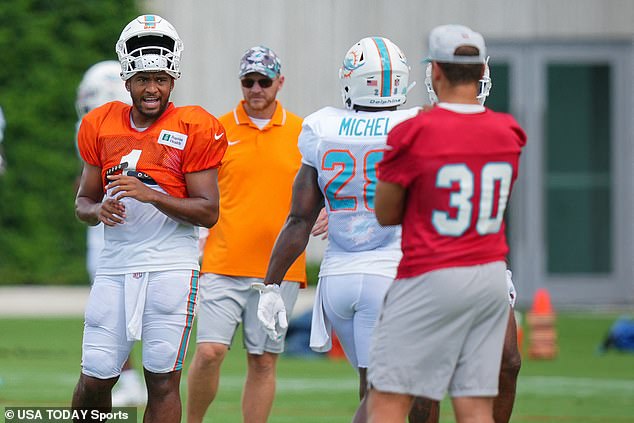 He was questioned if he has spoken with the team’s leadership about his position since the result of the investigation appeared to suggest that the Dolphins had been in communication with Brady before and after Tagovailoa was drafted in.

Tampering, in both the sports world and other professions, is the practice of attempting to persuade someone who is under contract to do something without the knowledge or permission of that person’s employer.

As it pertains to the NFL and NBA, tampering usually involves one team contacting a coach or player from another in a preemptive attempt to lure that party away from their current club. If a player is going to be a free agent, a tampering team might reach in the waning days of the athlete’s contract to get a head start on negotiations before rivals can engage in talks.

There are times when teams grant permission to other clubs to speak with their personnel, but the NFL and NBA are both cracking down on impermissible contact, typically done through bachkchanneling.

However, the quarterback claimed he could not speak on what happened before he arrived at the franchise and insisted that he has the support of the team.

In Brady’s case, the alleged discussions involved the future Hall of Famer becoming a limited partner with the team, according to the NFL’s press release.

The contact with Payton occurred through his agent Don Yee in January 2022, the league said. Yee is also Brady’s agent.

The investigation also looked into claims that the team intentionally ‘tanked’ during the 2019 season to improve its draft position in the 2020 draft.

According to the NFL, the Dolphins did not intentionally lose games, but Ross did express multiple times throughout the season that the team’s draft position should take precedence over its immediate win-loss record.

The probe also found that an alleged $100,000 offer from Ross to then-head coach Brian Flores to lose games was not intended to be a serious.

Owner Ross has been fined $1.5 million, removed from all league committees indefinitely, and suspended through October 17 from being at the Dolphins facility.