Hundreds of swimmers attending a surf carnival have been suddenly cleared from the water after a dolphin was mauled to death by a pack of bull sharks.

The dolphin beached itself on Shelly Beach at around 8am on Saturday morning as hundreds gathered at the beach in Sydney’s north for the Manly Surf Carnival.

The shark alarm was sounded at both Manly and Shelly Beach as SLS NSW reportedly spotted three 2.5metre bull sharks in the area just before 9am. 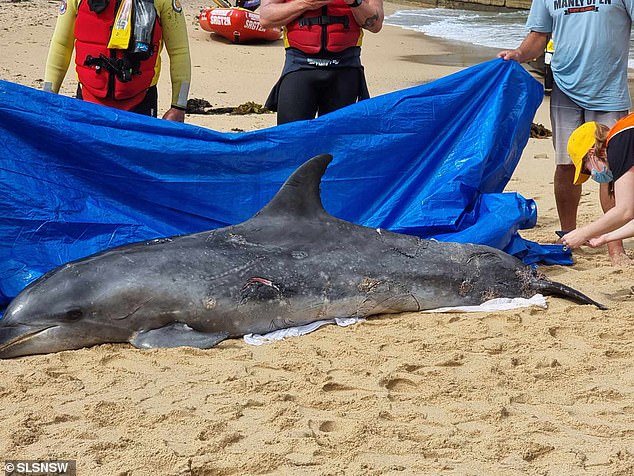 The dolphin could be seen slowly circling in the water in distress.

It’s believed to have sustained a tail injury as lifesavers attempted to save the animal’s life.

The Manly Open Surf Classic include Ironman and Ironwoman events that involve paddle boards and swims past the breaks at Manly beach.

The event’s schedule had kids under 15-years-old competing in the water at around the time the dolphin was believed to have been mauled.

Hundreds were expected to participate in events over the weekend, with many more casually swimming at the beaches.

The event has since been suspended until further notice.

Surf Life Saving NSW said Manly and Shelly beaches would remain closed for the remainder of the day. 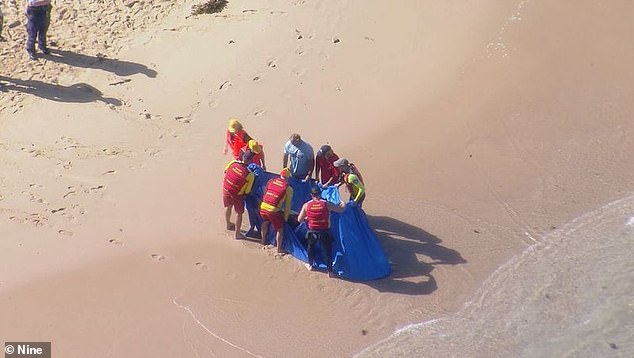 Bull shark populations are exploding around Sydney as warmer weather attracts the predators into populated waters.

Two three-metre bull sharks have been caught by fisherman in popular swimming areas in Sydney as they make their way south to follow prey.

One was caught in Sydney Harbour just a kilometre away from a newly-opened swimming spot in Barangaroo.

The other was caught just weeks later at Dolls Beach in Botany Bay.