Four brands of rapid antigen tests have been pulled from Australian shelves after a safety and effectiveness review by Australia’s consumer medicines regulator.

The Therapeutic Goods Administration this week said they are cracking down on importers who ‘failed to provide updated medical research on how the tests stack up against emerging Covid strains’.

The removed tests are CovClear by Medi-Stats, NowCheck by Life Bioscience, Covifind by Safe Interact and BD Veritor System for Rapid Detection test from Becton Dickinson.

The TGA said other companies are also under investigation for ‘similar non-compliance’.

‘Two entries in the ARTG (Australian Register of Therapeutic Goods), sponsored by different companies, have been suspended from the ARTG, one of which is now cancelled and the other remains suspended,’ a health department spokesperson told The Daily Telegraph.

‘The suspended entry is still under investigation by the TGA.’

‘Since January 2022, four Rapid Antigen Tests (RATs) have been removed from the ARTG.’

Royal Australian College of GP president Dr Charlotte Hespe said the TGA is constantly reviewing RAT tests on the market to ensure they are effective against new strains.’

The experience of my patients is the RATs are not a sensitive test. With the new strains, they are particularly not sensitive,’ she said. 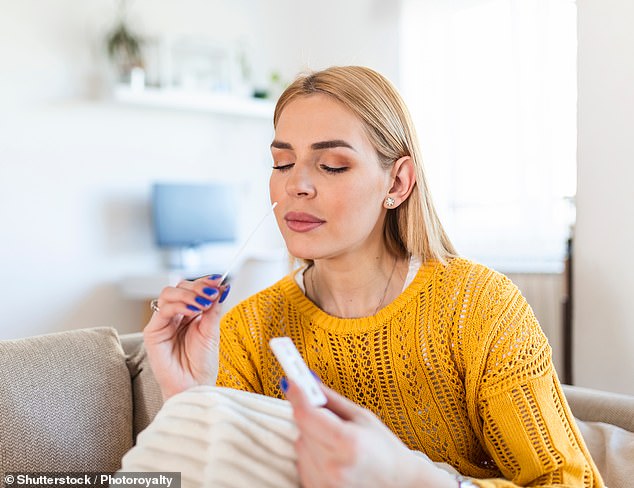 One company Hough Pharma has received a $106,000 fine after allegedly failing to provide updated  information to the TGA

Dr Hespe said rapid antigen tests should be entirely relied upon and other precautions still need to be taken.

‘We have always tried to message that it doesn’t matter that you have a negative RAT, if you have symptoms you should be out of the community until you don’t have them.’

She added that anyone who had Covid symptoms should still get a PCR test even if they returned a negative RAT test result.