More than 8,000 doctors fear a second peak of coronavirus is imminent in the next six months, a medical poll has revealed today.

A survey suggests a second peak is the number one concern among medics who want to avoid a return to the ‘horror and tragedy’ of the pandemic’s early days.

The British Medical Association (BMA) poll found that 86% of more than 8,000 doctors and medical students in England said that a second peak was likely or very likely in the next six months.

When asked about the impact of measures to help prevent a second peak, doctors said that a fit for purpose test and trace system that is accessible and provides timely results, as well as a coherent, rapid and consistent approach to local outbreaks were the two most important.

Dr Chaand Nagpaul, BMA council chairman (pictured), said: ‘We, as a profession, want above all to avoid a return to the scenes we saw in April, when hospitals were full with Covid-19 patients, and hundreds were dying every day’ 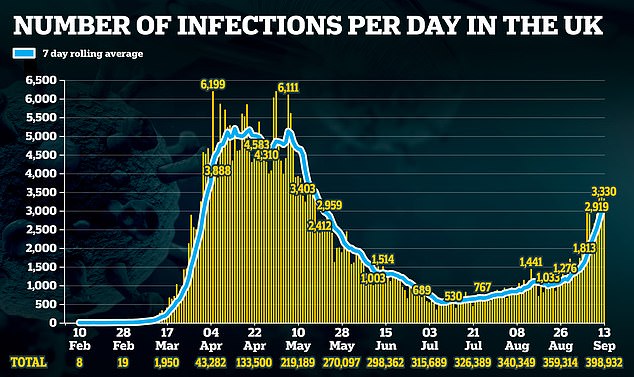 As Britain stands on the brink of lockdown Mark II:

Health bosses have ordered GPs to see more patients in person, with only half of appointments currently taking place face to face.

All practices will today receive a letter warning them that many patients ‘are experiencing difficulty in accessing their GP’.

The letter instructs family doctors to remind all patients that they can come in for appointments if they need to – and warns them not to send people to A&E instead.

It is the second time in two months that NHS bosses have had to issue a reminder to GP practices about the importance of welcoming patients in person.

At the end of July GPs were warned that failure to offer appropriate face-to-face appointments would be considered a breach of their contract.

Between March and July only half of all consultations took place in person, with the remainder taking place over the phone or via video calls.

Experts are increasingly concerned that low numbers of physical medical examinations during the Covid pandemic will inevitably have led to delayed diagnosis of serious conditions such as cancer and diabetes.

Childhood vaccination rates have also dropped as parents have been reluctant to take their children to GP surgeries for fear of exposing them to coronavirus infection.

They also highlighted the need for clearer public information and more visible messaging on rules and guidelines, including those on people mixing with others from outside their household.

As the ‘rule of six’ comes into force today, the BMA said this is an opportunity for the Government to end ambiguity and double down on ensuring people are adhering to infection control measures.

Dr Chaand Nagpaul, BMA council chairman, said: ‘These results come from thousands of GPs and hospital doctors and expose the fears of frontline clinicians – fears that come from their everyday experiences of treating patients with Covid and watching, the first time round, as the virus spread with alarming speed while the Government delayed efforts to overcome it.

‘We, as a profession, want above all to avoid a return to the scenes we saw in April, when hospitals were full with Covid-19 patients, and hundreds were dying every day.

‘Meanwhile, thousands of others missed out on vital appointments and procedures as routine care was put on hold.’

He said that while the forecast in this survey may be bleak, it is not an inevitability if the Government takes ‘decisive, robust and timely action to stamp down the spread of the infection’.

Dr Nagpaul added: ‘Over recent weeks and months, we have seen the failures of test and trace and ongoing confusing messages to the public on what they can and cannot do, which have resulted in escalation of the virus spreading – these have both been highlighted by doctors as key priorities to get right if we are to stand a chance of preventing a second peak this winter.’

He said Monday’s new measures may be an attempt to simplify the message and increase enforcement, but said ‘it is clear that fundamental other issues urgently need to be tackled’.

Dr Nagpaul said: ‘This includes sorting out the test and trace debacle once and for all.

‘It is unacceptable that people and contacts with the infection are not being identified due to failings in the system – which is resulting in the infection spreading blindly.

‘With daily cases still alarmingly high, and winter just around the corner, we are at a critical crossroads in the fight against this deadly virus.

‘All efforts must be made to avoid a repeat of the horror and tragedy we all experienced earlier this year.’ 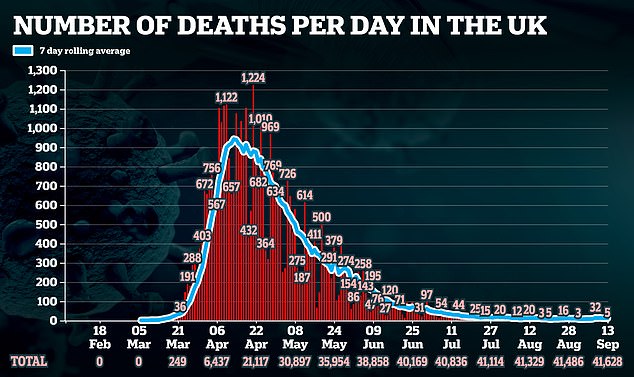 Officials will be hoping the warm and sunny weather forecast for today does not encourage people to gather in groups in outdoor spaces.

Temperatures as high as 29C (84F) are expected in some parts, according to the Met Office.

The Government said that as of 9am on Sunday, there had been a further 3,330 lab-confirmed cases of coronavirus in the UK.

Tough new Covid-19 lockdown measures were announced for parts of the UK on Friday as cases continued to rise and as the R number – the reproduction number of coronavirus transmission – climbed above one.

According to Government advisers, the last time R was above one was in early March.

Revellers hit the bars after parks and beaches were packed on last day in the sun before new ‘Rule of 6’ coronavirus crackdown – as ministers consider shielding for 4.5m ‘at risk’ and 10pm pub curfew because ‘young people forget the rules’

Britons enjoyed a final group pint together last night ahead of the new ‘rule of six’ coronavirus crackdown hitting today.

People met outdoors in drinking spots across the UK’s cities before the hard-line restrictions were put into place at midnight.

Leeds and London saw revellers mount a last hurrah with the warm weather providing fine conditions for the social gatherings.

Earlier in the day sun-soaked areas such as Bournemouth, Brighton and Nottingham were packed before the strict new regulations came in to tackle rising coronavirus infection rates. 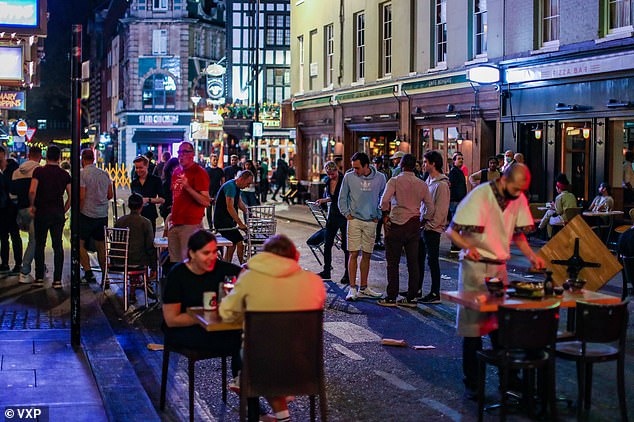 The final countdown: Drinkers realised Sunday could be their last big night out so made the most of the evening 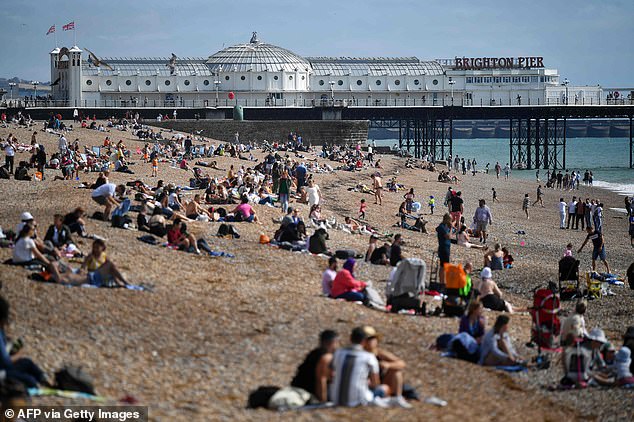 In Brighton, beachgoers were seen dotted all over the sand as the warm weather brought people out in their droves 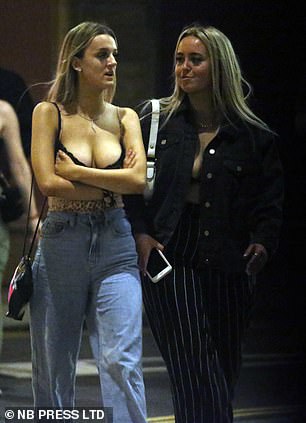 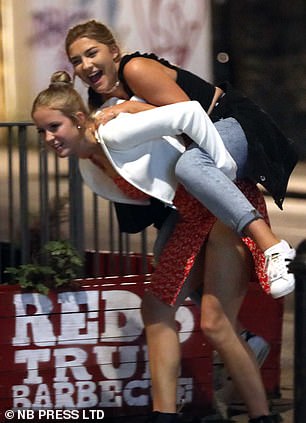 Another five people die from coronavirus in England bringing deaths total to 29,661 while another 244 cases are reported in Scotland

Another 3,330 cases of coronavirus were recorded in the UK yesterday, an 11 per cent increase on last Sunday.

Overall, 368,504 cases have now been confirmed while the government also announced that a further five people had died Sunday of the virus. This brings the UK total to 41,628.

The patients counted in today’s death toll were aged between 67 and 86 and all had known underlying health conditions.

Separate figures published by the UK’s statistics agencies show there have now been 57,400 deaths registered in the UK where Covid-19 was mentioned on the death certificate.

But it came as officials urged young people to heed their warnings and remember ‘the importance of the rules’ as the country’s Covid case total continues to soar.

Some 3,330 coronavirus cases were reported today – up 11 per cent from last Sunday. It follows 3,497 confirmed cases on Saturday and 3,539 cases on Friday.

Meanwhile, a report has revealed that up to 4.5 million people most at risk from Covid will be instructed to stay at home under a new shielding plan based on health, age and weight.

Letters with tailored advice are to be sent to individuals based on a new ‘risk model’ which will factor in underlying health conditions, age, sex and weight.

It will be introduced first for areas with high rates of infection but a Whitehall source told The Sunday Telegraph ‘if the rate is so concerning across the whole of England we are prepared to do it on a blanket basis.’

Ministers are considering a 10pm curfew for pubs next week with Justice Secretary Robert Buckland warning that young people are ‘forgetting the rules’.

The controversial so-called ‘rule of six’ came in today, as the government tried to tackle rising coronavirus infection rates by restricting meetings both indoors and outdoors.

Many chose to push the boat out while they still could and went out for a last hurrah before once again being constrained to friendship ‘bubbles’. 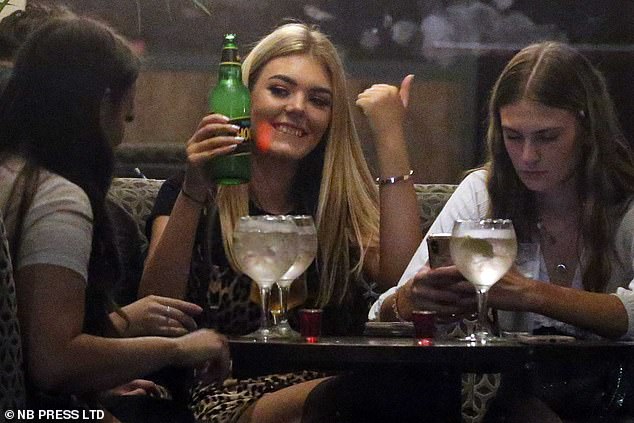 Final hurrah: one drinker in Leeds gives a thumbs up on Sunday night before the new restrictions kicked in this morning