Doctors have treated a girl with deadly genetic disease before she was even born, in a world-first.

Ayla Bashir, a 16-month-old from Ontario, was given an enzyme therapy that was injected into her mother’s stomach and traveled to the fetus via the umbilical cord.

Little Ayla has infantile Pompe disease, a rare condition caused by a mutation in a gene which makes an enzyme responsible for keeping cells healthy.

The enzyme, acid alpha-glucosidase (GAA), is needed to break down glycogen, or stored sugar, in cells. Without it, cells are flooded with glycogen and stop working, eventually shutting down major organs.

The hereditary disorder killed two of her sisters when they were two-and-a-half-years and eight months old.

Doctors injected Ayla’s mother in the stomach six times with the crucial missing enzymes, which traveled down the umbilical cord to the fetus.

The enzymes broke down glycogen in the cells, ensuring it was kept at a safe level. She is the first child treated for the disease as a fetus.

‘Thriving’ Ayla is now a ‘regular little one-and-a-half year old who keeps us on our toes’, her mother Sobia Qureshi said.

She added: ‘It’s surreal. It amazes us every time. We’re so blessed. We’ve been very, very blessed.’

Doctors gave Ayla’s mother six enzyme infusions while she was pregnant. The enzyme then travelled through her umbilical cord to the fetus, where it broke down glycogen in the baby’s cells. Ayla was born healthy but she must still have enzyme infusions for the rest of her life 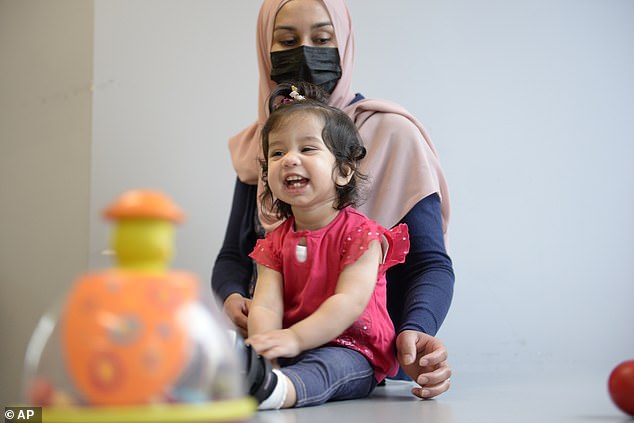 Ayla (pictured), 16 months, was the third daughter of Sobia Qureshi to have the rare condition, but she is the only one to survive 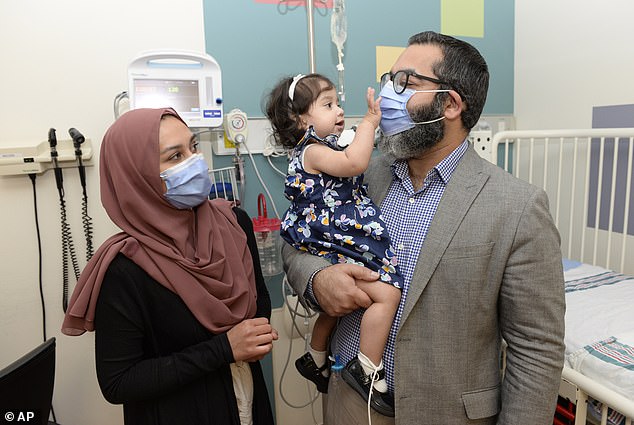 Her mother said Ayla’s progress was ‘surreal’. She added: ‘It amazes us every time. We’re so blessed. We’ve been very, very blessed.’

WHAT IS POMPE DISEASE?

Pompe disease is a rare genetic condition which affects less than one in 100,000 babies.

It is caused by a mutation in a gene which makes a key enzyme, meaning the body cannot make enough or any of it.

The enzyme, acid alpha-glucosidase (GAA), is needed to break down glycogen, or stored sugar, in cells.

If levels of glycogen get too high, it can be toxic, and organs and tissues can be damaged throughout the body.

If untreated, most die from heart or breathing problems in the first year of life.

Ayla is the first person to be treated for the disease before they are born.

If untreated, most die from heart or breathing problems in the first year of life.

Until a new treatment is developed, Ayla will have to have the infusions for the rest of her life.

In late 2020, Ms Qureshi and Zahid Bashir, Ayla’s father, discovered they were pregnant with Ayla.

Both parents carry a recessive gene for the condition, meaning there is a one in four chance a baby will inherit it.

Doctors have treated fetuses prior to birth for three decades, including performing surgeries to repair defects such as spina bifida, where the spinal cord fails to develop properly.

They’ve given blood transfusions to fetuses through the umbilical cord, but not medicines.

Dr Pranesh Chakraborty, a metabolic geneticist at Children’s Hospital of Eastern Ontario, who has treated Ayla’s family for years, said: ‘The innovation here wasn’t the drug and it wasn’t accessing the fetal circulation.

‘The innovation was treating earlier and treating while still in utero.’ 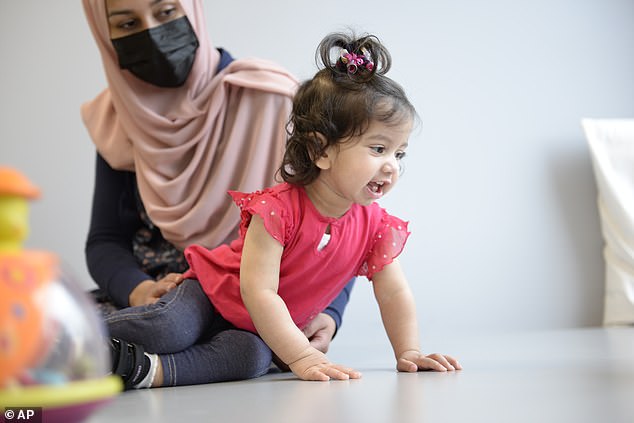 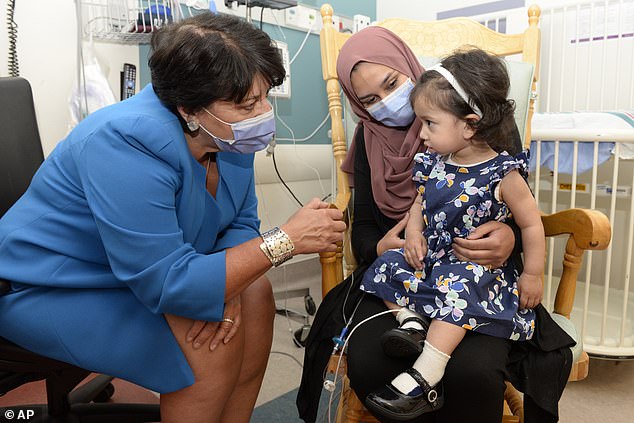 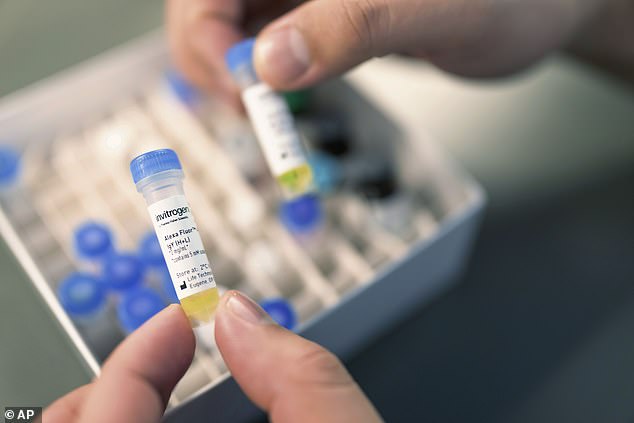 The infusions provide her body with a key enzyme needed to break down glycogen in the body. If levels of glycogen are too high, it can be toxic and cause damage to tissues and organs

Pompe disease affects less than one in 100,000 babies.

The worst affected, including Ayla, have an immune condition where their bodies block the infused enzymes, preventing the therapy from working.

Doctors are hoping that Ayla has been treated early enough to reduce the strength of her immune response.

She was referred to Dr Chakraborty at five months old, but her lungs collapsed the day she was supposed to get her first enzyme infusion.

She started treatment at six-and-a-half-months old, but her disease worsened and she died aged two-and-a-half.

Not wanting their daughter to suffer as she was already deteriorating, the parents decided to give her only palliative care and not enzyme therapy.

Her mother said: ‘It was a very, very tough decision. But there was no hope out there.’ Sara died at eight months.

The case study was published Wednesday in the New England Journal of Medicine.