“Doctor Who” fans were drenched in nostalgia after David Tennant reprised his role as the Time Lord in the dramatic conclusion to the show’s BBC centenary special.

Sunday’s 90-minute episode of the long-running sci-fi show, titled “The Power of the Doctor,” ended with Jodie Whittaker’s character unexpectedly regenerating into Tennant in her final appearance as the 13th Doctor.

The unexpected plot twist came after months of speculation on how Whittaker’s exit would be handled ahead of Ncuti Gatwa replacing her as lead, and delighted viewers flocked to social media to express their excitement.

“Omg, David Tennant back as the doctor, best regeneration ever,” one person wrote on Twitter.

Another said: “9 year old me who sobbed for a week once David Tennant regenerated is throwing a f**king party right now.”

A third wrote: “Seeing David Tennant back on screen as the doctor has slightly healed my inner child.”

Tennant told BBC News: “What a lovely, lovely thing to get to revisit something that was such a wonderful, happy, significant time in my life.”

After the show aired, the BBC released a teaser for next year’s 60th-anniversary episodes, which feature the Scottish actor, who played the Doctor between 2005 and 2010, as the 14th incarnation. The clip also confirmed that Catherine Tate will be reprising her role as his former companion, Donna Noble, for three special episodes set to air in November next year. 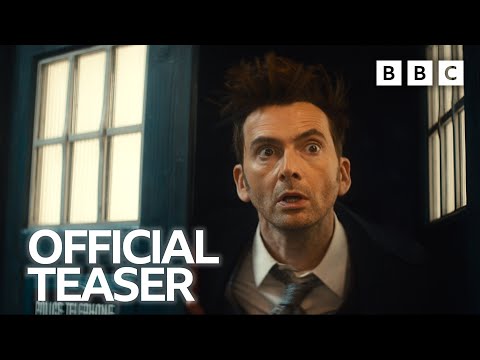 Ncuti Gatwa will then take control of the TARDIS as the 15th Doctor, with his first episode due to air over the festive period in 2023, the BBC said.

“If you thought the appearance of David Tennant was a shock, we’ve got plenty more surprises on the way!” said showrunner Russell T. Davies in a statement. “The path to Ncuti’s Fifteenth Doctor is laden with mystery, horror, robots, puppets, danger and fun! And how is it connected to the return of the wonderful Donna Noble? How, what, why? We’re giving you a year to speculate, and then all hell lets loose!”

Whittaker, who made history in 2017 when she succeeded Peter Capaldi to become the first woman to play the Doctor, announced her exit in July last year.

Commenting on her decision to step down, Whittaker said her time on the show was “the best job I have ever had.”