Italy’s former PM Silvio Berlusconi, 83, is responding ‘optimally’ to treatment after being hospitalised with a lung infection and coronavirus

Former Italian Prime Minister Silvio Berlusconi is responding ‘optimally’ to COVID-19 treatment but is the most vulnerable type of patient and is in ‘the most delicate phase’ of his infection, his personal doctor has said.

Dr. Alberto Zangrillo repeated that he nevertheless remained ‘cautiously optimistic’ about Berlusconi’s recovery. Berlusconi turns 84 in a few weeks and has had a history of heart problems that required a pacemaker several years ago.

The three-time premier checked into the San Raffaele hospital in Milan early Friday after testing positive for the virus earlier in the week. At the time, he had the early stages of a lung infection.

Earlier in the week he said he tested positive but showed no symptoms. Then he said he had a fever and felt achy but still vowed to campaign for his Forza Italia party in upcoming regional elections.

‘The patient is responding optimally to treatment,’ Zangrillo told reporters outside the hospital. ‘This doesn´t mean we can claim victory because, as you know, he belongs to the most fragile category,’ given his age.

Official data shows that men aged 80-87 have the highest COVID-19 death rate among all cases in Italy, at 47 per cent.

Berlusconi spent some of his summer vacation at his seaside villa on Sardinia´s Emerald Coast. Many of Italy´s recent cases of COVID-19 have been linked to clusters in people who vacationed in Sardinia. 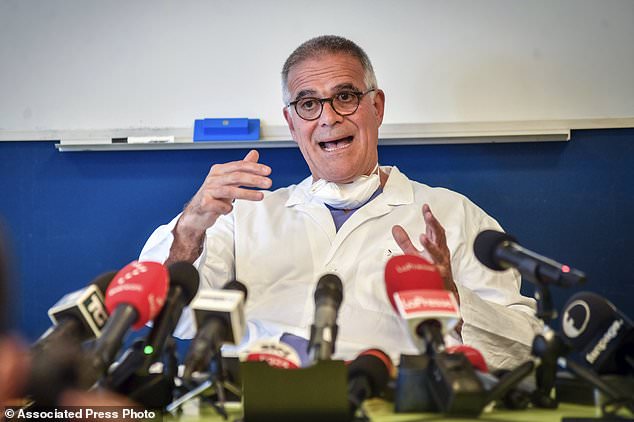 Alberto Zangrillo, Silvio Berlusconi’s longtime physician, tells reporters at the San Raffaele hospital in Milan that test results are reassuring and ‘makes us optimistic’ for his recovery over the next ‘hours and days’ 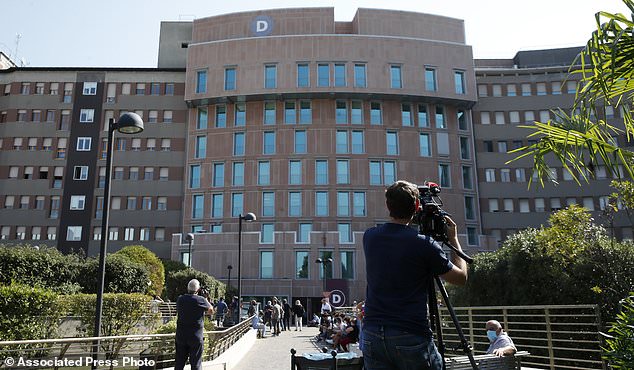 Sen. Lucia Ronzulli, who is a top aide to Berlusconi told RAI state TV that the former premier was admitted to a Milan hospital early Friday as a precaution to monitor his coronavirus infection after testing positive for Covid-19

Zangrillo is head of intensive care at San Raffaele. To date, Berlusconi is believed to still be in a VIP ward at the clinic, not in intensive care.

Zangrillo has been criticized for having asserted at the end of May, when Italy’s lockdown had greatly slowed its rate of new infections to just a few hundred a day, that ‘clinically speaking the virus doesn’t exist anymore.’

Zangrillo has since acknowledged that statement was too strong and ‘off-key’ and was based on observing that fewer patients required intensive care at the time.

Both Italy’s virus caseload and ICU numbers have been rising in recent weeks, mostly among Italians returning from vacation.

On Sunday, Italy added another 1,297 confirmed infections to its official toll. Another seven people with COVID died over the past day, the health ministry reported, bringing Italy’s official death toll to 35,541, the second-highest in Europe after Britain. 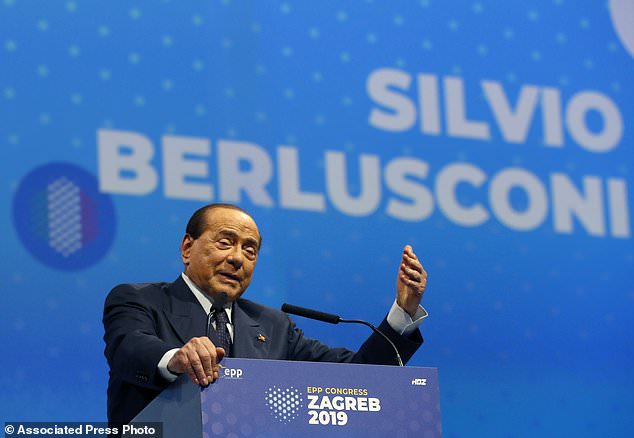 Berlusconi turns 84 in a few weeks and has had a history of heart problems that required a pacemaker several years ago. Pictured in November 2019