EXPRESS INFORMER > News & Politics > Doctor, 40, on GHB and Viagra who groped paramedic KEEPS job as he was too intoxicated’ to remember

A gay doctor who groped a female paramedic whilst on Viagra and the party drug GHB has kept his job after a disciplinary panel concluded he was too intoxicated to realise what he was doing.

Dr Lauri Kriisa, 40, who was due to start a hospital shift grabbed the victim and dragged her onto his bed after she was called to treat him for a suspected overdose following a 999 call.

The Estonian-born consultant anaesthetist from Stockton-on-Tees had taken the drugs as well as alcohol during a sexual encounter with a man he met on a dating app. 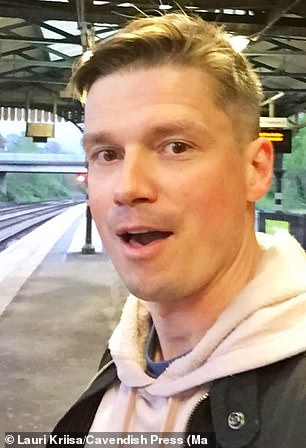 Dr Lauri Kriisa, pictured, escaped being suspended by the Medical Practitioners Tribunal Service in Manchester after he was cleared of sexually motivated misconduct 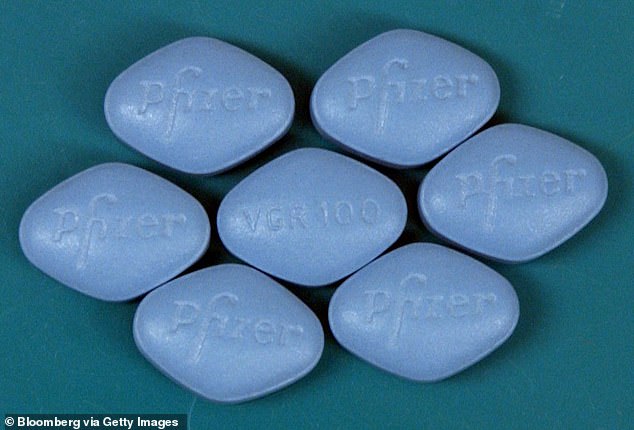 Dr Lauri Kriisa, 40, from Stockton-on-Tees groped a female paramedic who was treating him for a suspected overdose after he took party drug GHB, as well as alcohol and Viagra before he started working a night shift (stock image of Viagra)

During the incident, he grabbed the paramedic known as Ms A by her buttocks, chest and groin area and attempted to kiss her before licking the woman’s neck.

She later claimed she was ‘unsure he was aware of what he was doing.’

At the Medical Practitioners Tribunal Service in Manchester Kriisa’s fitness to practise medicine was found to be impaired but he escaped with a one month suspension after he was cleared of sexually motivated misconduct.

The medic suggested he was so under the influence of GHB he would have had no idea he was forcing himself on a woman.

He had been working as a Locum Specialty Doctor in Anaesthesia and Intensive Care Medicine at University Hospital of North Tees when the incident occurred on August 17, 2018.

The paramedic known as Ms A said in a statement: ‘On arrival at the location, my colleague and I were taken upstairs by a young male, into a bedroom.

‘I was told by the other male present that Dr Kriisa had been taking Viagra and a drug named GHB.

‘Dr Kriisa’s level of consciousness improved and he was alert. His behaviour became sexual, he was grabbing me and pulling me into the bed.

‘He was licking up my neck and trying to kiss me. He grabbed in between my legs and pulled me towards him. I asked the male to help me, which he did.

‘I raised my voice to tell him to stop, he seemed to listen initially but was still grabbing and pulling me towards him.

‘I could not leave the bedroom. Dr Kriisa didn’t verbalise anything apart from the ‘ooh ooh’ noises. He did not appear coherent, his eyes were glazed.

‘He didn’t appear shocked that paramedics were in this bedroom and I’m not sure he was aware of what he was doing, I think he thought we were there for a sex party.

Ms A said she and her colleague Mr C eventually managed to usher Kriisa into the ambulance but the doctor repeatedly groped her bottom.

She added: ‘I didn’t feel Dr Kriisa was acting in his right mind. I feel the drugs taken were causing the sexual behaviour and that he was not aware who I was or what his intentions were under the influence of the drugs.

‘He wasn’t speaking but gesturing with his mouth with strange noises, smiling and his eyes were glazed but fixed on me in a sort of trance like state.

‘He did not appear coherent, his eyes were glazed. I’m not sure he was aware of what he was doing.

‘I felt quite vulnerable following the event. We sat for a long period after we had handed over Dr Kriisa in the back of the ambulance talking things through.

In a statement to the tribunal Kriisa said he had no recollection of the events and claimed his last memory was drinking alcohol and watching YouTube.

He insisted his actions were ‘not sexually motivated’ and at the time he was ‘not aware of what he was doing.’

‘Even in the absence of a sexual motivation, Dr Kriisa bears some responsibility for voluntarily putting himself in a situation which resulted in him becoming dangerously intoxicated and grabbing Ms A, whether or not he voluntarily took the drugs that led to his behaviour.

‘Dr Kriisa, in pursuit of his own pleasure, took the risk of going to a stranger’s house to drink alcohol in the early hours of the morning on a day he knew he was scheduled to work a night shift and had not arranged someone to cover for him.

‘Dr Kriisa knew that consuming alcohol could affect his judgement and accepts that on previous occasions he has taken Viagra with alcohol to enhance sexual experiences.

‘It is clear Dr Kriisa is a competent and careful clinician and there are no concerns relating to his conduct or skills at work.

‘Dr Kriisa has expressed remorse and apologised for his actions and the impact to Ms A.

‘The circumstances would have been substantially more severe had the misconduct been in the form of rape or sexual penetration.

‘He did not exercise any abuse of trust with a patient, and was in fact the patient himself.’ 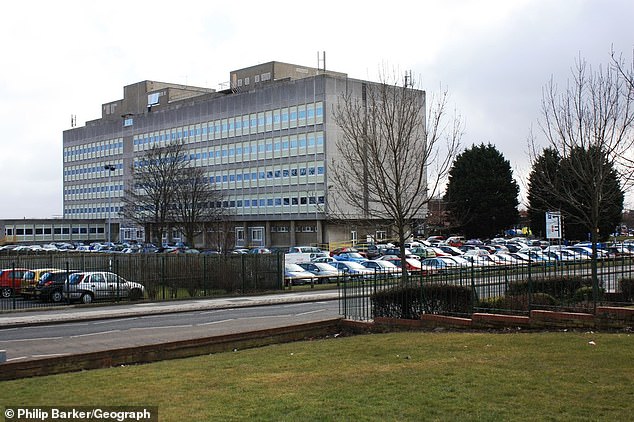 The Estonia-born consultant anesthetist who had been working at University Hospital of North Tees (pictured) at the time kept his job following a medical tribunal hearing. He was given a one month suspension after he was cleared of sexually motivated misconduct

Tribunal chairman Kenneth Hamer told the hearing: ‘Dr Kriisa had been drinking at home and was on an online dating app preceding the events in this case. He took a taxi to the home of an individual male he had met for the first time that evening online and there they engaged in drinking and sexual activity.

Dr Kriisa remained at this location for some 12 hours until the ambulance arrived shortly after 3pm.

‘Dr Kriisa told the Tribunal he can remember being at the individual’s house and drinking and engaging in sexual activity. He said they watched music videos on YouTube and said drank beer mostly and ‘a bit of wine’.

‘He said he does not remember if there were any drugs at the location, although he agreed he must have taken ‘some drugs’.

He said: ‘I don’t know if he took GHB’, it could have been given to him without any knowledge about it.

‘He remembers initially having a nice time and drinking alcohol with the male, but that he has been unable to remember subsequently any of the events of the remainder of the evening.

‘The Tribunal is satisfied that Dr Kriisa’s actions were caused by him being involuntarily intoxicated through drugs, Dr Kriisa, in pursuit of his own pleasure, took a risk as to his behaviour which adversely a member of the ambulance crew carrying out a public service.

‘By grabbing Ms A’s buttocks, chest and groin area and attempting to kiss Ms A and licking Ms A’s neck, Dr Kriisa’s actions were of a nature sexual, although his conduct was not sexually motivated.

‘Further, although embarking on lawful activities in his private life, the events led to the calling of an emergency ambulance and emergency treatment for which Dr Kriisa must bear some responsibility.

‘Dr Kriisa took a risk in his private life which led to tragic circumstances. He was aware of the dangers of drugs but nevertheless put himself in a position whereby GHB or other substances became available.

‘Whilst no toxicology report was produced, the Tribunal is satisfied that he was under the influence of drugs and that this was probably GHB.

‘Given that Dr Kriisa’s actions occurred between periods of unconsciousness, he clearly remained heavily intoxicated throughout the events.

Any consciousness level was fleeting at the most and at the time he was drifting in and out of consciousness both at the location and in the ambulance.

The Tribunal has carefully considered whether during such period or periods of being ‘alert’ or ‘wakened.’

‘Dr Kriisa had a sexual motive in what he was doing but the Tribunal is not satisfied that Dr Kriisa had the requisite motivation at the material time.

‘Given the evidence that Dr Kriisa remained heavily intoxicated and repeatedly lost consciousness, it is unlikely that during the times he was conscious and acting in a sexual way he was aware of his actions.’