EXPRESS INFORMER > Business & Finances > Do we still have to pay the agent’s fees when they have played no part in selling our house?

We signed a 16 week sole agency deal to sell our house five weeks ago with an estate agent.

After we had done so, our cleaner told us that she had mentioned we were selling to our neighbour, who she also works for, and that the neighbour was interested.

We showed our neighbour round and they would like to buy the property.

The estate agent has played no part in any of this and the buyer was known to us and alerted by our cleaner, do we have to pay the agent’s fees? SL

MailOnline’s Property expert Myra Butterworth replies: This is an appealing situation because it avoids having to fork out thousands in estate agency fees.

But you’ll need to check your contract with the estate agent to find out whether you are truly in the clear.

We speak to a legal expert for his view and whether there is any steps you can take to protect yourself from the agent suing for its commission further down the line.

Stephen Gold, ex-judge and author, explains: How about a lawyer’s straight answer to a straight question? Here it is: No.

The estate agent would not be legally entitled to one new penny if a sale to the neighbour went ahead, although I reckon the domestic help would deserve a tin of biscuits at the least.

Two caveats: After all, I am a lawyer. Should the agreement with the estate agency have stated that, whatever happened, they could charge up for certain expenses which had been incurred, such as producing a brochure or advertising, then these would have to be paid.

The other point is that although our questioner has said that the estate agent has played no part in the proposed transaction, should it transpire that before the domestic help mentioned what was happening, the neighbour had been alerted by the agent to the fact that the property was on the market, the answer could be different.

For example, the neighbour might have been sent particulars of the property by the agent or seen a ‘for sale’ board displayed at the property. 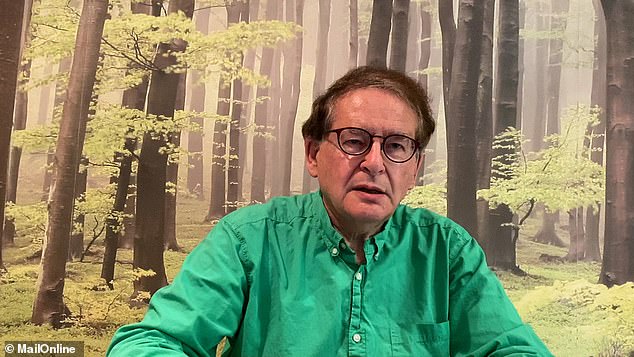 Something like this could be sufficient to justify the agent going for commission on the basis that they had been an ‘effective cause’ of the sale even if the agent had no other involvement in the transaction.

It is not unknown for someone interested in a property to fib about no agent involvement so as to secure a reduced price or preference over a rival.

Any concern about this can be catered for by a clause in the purchase contract in which the buyer confirms no agent involvement and agrees to indemnify the seller against any agent’s entitlement to commission.

During my life as a judge, I dealt with a series of cases where the seller had been misled by the buyer – and the contract had lacked a clause like this.

The reason for my straight answer – well, almost straight – arises because the questioner had a sole agency agreement.

Had it been a sole selling rights agreement, our questioner would have been clobbered for full commission.

Never, never, ever, ever sign a sole selling rights agreement unless the agent is your favourite son or daughter, or you get a kick out of burning money.

These rights could mean that you had to pay commission to the agent even though you sold the property to your best friend who had never seen, sniffed, spoken to, heard from or heard of the agent and you, and only you, had told the friend you wanted to sell and carried out all negotiations.

The Estate Agents (Provision of Information) Regulations 1991 require an estate agent to give a explanation to a client of the meaning of certain phrases which may crop up in their dealings with them.

‘Sole selling rights’ is one such phrase and the explanation must engage the form and content set out in the regulations.

Even more, the explanation must be shown prominently, clearly and legibly.

All this is to attempt – and it can only be an attempt because many of us sign or agree to documents without reading or understanding them – to ensure that the client knows what they are letting themselves in for.

When you have gone to the agent with a view to possibly instructing them to market for you, the explanation, where it is appropriate, and various other prescribed information – including the amount of their commission and when it would be payable – must be given to you in writing when you start communicating with them or as soon as reasonably practicable afterwards.

Certainly, before you sign up with them to act for you. If the agent fails to comply or complies late, they cannot sue you for commission without the permission of the court. This is by no means a rubber-stamping exercise.

Permission can be refused if this is fair, given any prejudice you have suffered and how culpable the agent has been. Even if the court gives the agent permission, it can reduce the amount of the commission or order no commission at all.

In a Supreme Court case in 2019, the agent was one week late in giving the necessary information to the seller of seven flats at £2.1 million. By then, the buyer’s offer had been accepted. The agent’s commission was reduced by one-third. A cool saving for the seller of £32,900.

The Supreme Court made it clear that there could be cases where the agent’s degree of culpability was so great that they would get nothing even if the client had suffered no prejudice by non-compliance with the law. The importance of this law should not be underrated, it ruled.