EXPRESS INFORMER > News & Politics > Do I have to pay a Wilsons Parking fine: Perth customer fined for displaying ticket upside down

A questionable parking fine issued for displaying a ticket upside down has left shoppers furious.

A confused customer shared a photo of their fine which was issued in September from a Wilsons Parking carpark in Fremantle, Perth.

Under the reason for the fine is says: ‘Failed to display a valid ticket. Ticket upside down.’

The fine was set at a whopping $65 – but threatened to jump to $80 if it wasn’t paid by last Thursday.

Several commenters under the photo said the customer is not obliged to pay the fine as Wilsons Parking doesn’t have the power to enforce it like police or a council.

However, fine print on the ticket warns the customer’s vehicle can be towed from a Wilsons premises and impounded until the fine is paid.

It also warns recovery of the unpaid fine can be sought in court.

‘Surely that can be fought. That’s freaking ridiculous!,’ one person wrote.

‘I’m fighting with the council over exactly the same thing – upside down my ass!,’ another said.

‘What? The parking inspector can’t tilt their head?,’ another wrote. 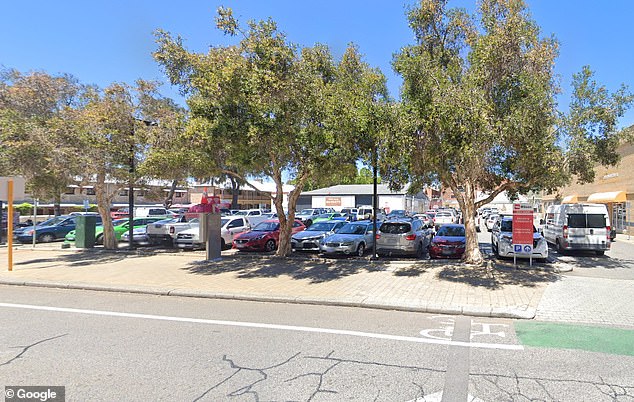 Commenters were outraged by the ‘ridiculous’ ticket which was issued from a carpark in Fremantle, Perth (above)

‘So they still had a valid ticket? Yeah, I wouldn’t be paying this,’ another said.

It is not known if Wilsons Parking has specific directions on how to display a parking ticket.

A man was fined $76 by a council in Melbourne for the same offence in late 2015.

The council refused to revoke the fine after the man argued the ticket had blown to face the wrong way in the wind.

It said the instructions on the ticket call for the information to be ‘visible’ to rangers.