Ditch your old Isa TODAY to bag the best rates: Savers can make hundreds of pounds extra interest by switching to a better tax-free deal

By Sylvia Morris For The Daily Mail

Savers can make hundreds of pounds of extra interest by ditching their fixed-rate cash Isas early and moving to a better deal.

Even if you’re fined, you could still be better off as rates have climbed sharply on the tax-free savings accounts. This follows the rise in the base rate from 0.1 per cent last December to 2.25 per cent now.

Retired chartered accountant Ian Cranston, 68, of Worcester, discovered from our article last week that he could switch fixed-rate Isas.

So he transferred his Aldermore Bank two-year fixed deal, paying 0.6 per cent, to Shawbrook’s one-year fix, which offers a far higher 3.7 per cent.

> Five of the best cash Isas: our pick of the top tax-free deals

Get a better deal: HM Revenue & Customs rules say you have a right to switch or close an Isa whenever you want

And now, having made his transfer easily online, he is doing the same for his wife, Jenny.

We would urge all our readers to do the same and take advantage of better Isa rates after years in the doldrums.

HM Revenue & Customs rules say you have a right to switch or close an Isa whenever you want.

Withdrawals cannot always be made from a fixed-rate cash Isa — but this is not the same as transferring it to a new provider.

Whether it is worth switching depends on how long your Isa has to run and the charges you have to pay. But soaring rates and the big banks’ return to the market can make it beneficial for many.

Anna Bowes, co-founder of Savings Champion, says: ‘You need to work out how much extra interest you can earn after paying the early withdrawal penalty to see if it is worth switching.’

The average interest rate on a one-year fixed deal at the start of the year was 0.59 per cent, according to data analysts Moneyfacts. But this has since increased to 2.75 per cent. Two-year deals have jumped to 3 per cent from 0.75 per cent.

The fee for switching varies. Often on one-year accounts it’s 90 days’ interest, double this on a two-year Isa and a whole year’s interest for five-year deals.

The market has been shaken up by the big banks’ return to the fray. Last week Santander raised its one-year rate to 3.7 per cent.

If you were to switch to its one-year deal you’d earn £340 in interest — £280 more than your previous deal after the fine.

Even if you’d taken out the top two-year fixed-rate cash Isa from Close Brothers a year ago (1.1 per cent) and today chose to switch it to the top one-year rate of 3.9 per cent with Shawbrook, after paying £45 to exit early, you would earn an extra £235 interest over the year.

To switch your cash Isa, ask your newly chosen provider to arrange it. Don’t do it yourself, or you could lose the tax benefits.

The industry’s target is for cash Isa transfers to be completed within seven working days. 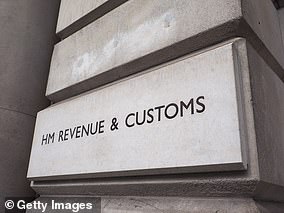 Deadline: Tax returns need to be in by October 31

Those planning to submit a paper tax return must do so before October 31.

The paperwork needs to have arrived at HMRC by this date, so applicants should send off their forms in the coming days.

The taxman is encouraging taxpayers to plan ahead and give themselves plenty of time to meet the deadline. They will then have until January 31 to pay any money owed.

HMRC no longer sends out paper tax returns as standard, instead asking people to file online by January 31.

But anyone it’s identified as being unable to file online may submit theirs by post.