Disgraced doctor who made £350,000 on top of his NHS salary writing fake medical reports for ‘crash for cash’ victims is struck off

By John Siddle For Mailonline

A disgraced doctor who made £350,000 on top of his lucrative NHS salary by rattling out fake medical reports for ‘crash for cash’ victims has been struck off.

He had narrowly avoided jail in 2018 when civil contempt proceedings were brought by insurer LV over allegations of fraud.

Dr Asef Zafar, 54, ran a ‘report-writing factory’ producing up to 5,000 papers a year at around £70-a-go for ‘crash for cash’ victims. He did this despite his workload as a Surrey GP

Lord Justice Davis told the High Court in London: ‘Dr Zafar was at all material times employed within the NHS as a General Practitioner.

‘In addition, however, he engaged on his own account in private practice, providing medical reports for low-level personal injury claims.

‘He, remarkably, seems to have developed a system where he apparently could examine a patient or client and produce a report in the space of approximately 15 minutes.

‘Quite how he was able to fit all this around his NHS responsibilities is not clear: and at all events it seems that his NHS premises were frequently used for his private medico-legal practice.’ 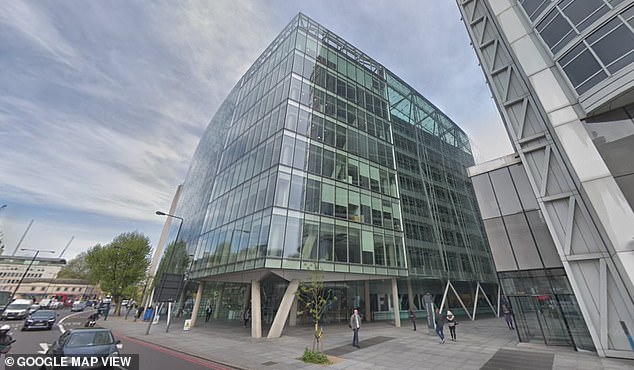 The General Medical Council took the doctor’s case to the Court of Appeal, which decided to stike off Dr Zafar for misconduct. Pictured above is their head office

The deception came to light when a personal injury law firm accidentally submitted two of the doctor’s reports. One accurately told how a taxi driver injured in a cash had been in one week of pain.

But a spurious altered version claimed the driver had been in six to eight months of pain.

Dr Zafar was suspended from practise by the Medical Practitioners Tribunal in 2019.

But the General Medical Council and the Professional Standards Authority for Health and Social Care took the case to the Court of Appeal arguing that the punishment was ‘gravely wrong’.

The court quashed the suspension and struck off Dr Zafar from the medical register for misconduct.

Lord Justice Davis ruled: ‘Erasure is the only proper sanction. Accordingly, I would direct erasure of Dr Zafar’s name from the Medical Register.’