Frankly, I was at the bottom of the learning curve when it came to Tampa. I had heard of the Tampa Bay Buccaneers, the local football team, but that was about it. Most British visitors to Florida make a bee-line for Orlando and Miami.

But the old pecking order is changing fast. That’s probably why Virgin Atlantic, scenting a winner, is now offering direct flights to Tampa. Parts of the city are run down; public transport is pretty basic. Tampa has been up, down, up again, down again, like one of the rollercoasters in Busch Gardens, the family theme park to the north of the city centre.

But its overall trajectory is emphatically up. I stayed for three nights at the spanking new JW Marriott hotel, in the heart of Tampa, and had a blast.

The city combines the dynamism of 21st-century America with just a hint of old-fashioned Southern charm. It is quite a cocktail — and Floridians love their cocktails.

All around the sunlit bay, I unearthed parks and museums, terrific bars and restaurants, quirky neighbourhoods and, best of all, a wealth of history.

In its heyday, Tampa was known as Cigar City, thanks to Vicente Ybor, a Spanish-born entrepreneur who moved here in the 19th century, bought up swampland, then lured thousands of Cuban migrant workers to join him. Soon Ybor City, as the area became known, was turning out more cigars than anywhere else on the planet. No longer, alas. But I would not have missed Ybor City for anything. Like Little Italy in New York, or the French Quarter in New Orleans, it encapsulates the American Dream — beautiful but fragile — in perfect miniature. 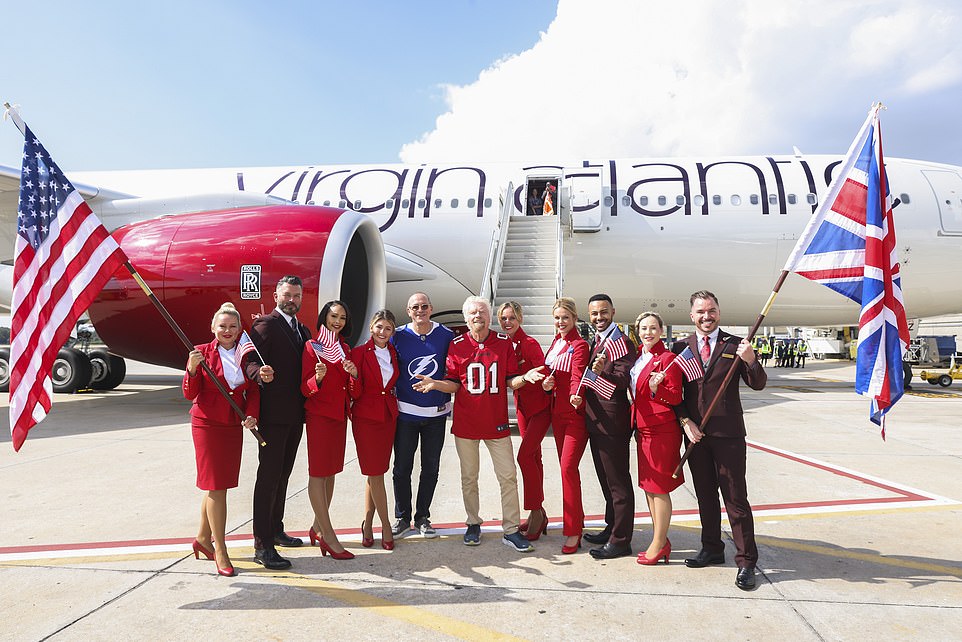 After disembarking from a rickety old streetcar, I soon found myself in a rabbit warren of scruffy streets, some overrun with chickens, some featuring bars and businesses, both weird and wonderful. ‘Save a horse, ride a cowboy,’ read one sign. ‘The only shop in Tampa where death and dysfunction dance a graceful ballet,’ boasted another, with dusty skeletons in the window.

Should I risk it? Or play safe and visit the more sedate-looking J. C. Newman Cigar Factory and Museum? I played safe. I am scared of skeletons.

Newman is not just a world-renowned company, but the last operational cigar manufacturer in Tampa. Watching highly skilled workers cut tobacco and hand-roll cigars with such loving care was a revelation.

Vicente Ybor wanted to build a community, not just churn out cigars. The 19th-century migrant workers were well housed, got a good education and, after work, met at a Cuban club, of which a local guide gave me a tour. It was built on a palatial scale, with a ballroom fit for a king.

Lunch beckoned — and what a lunch. The family-run Columbia restaurant has been a fixture in Ybor City since 1905. I have never had Spanish food of this calibre outside of Spain. Unable to decide between the grilled snapper and the shrimp and crabmeat casserole, I had both and was soon whinnying for more. Olé!

If Ybor City evokes Tampa past, Hyde Park Village, across the bay, embodies its future. 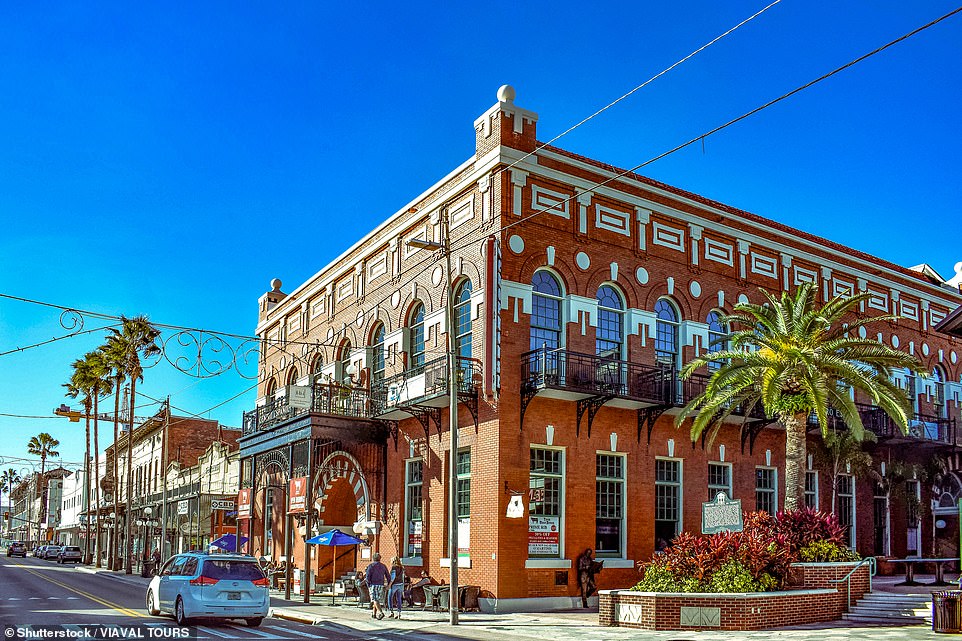 Pictured is Ybor City where Max visits the J. C. Newman Cigar Factory and Museum. ‘I would not have missed Ybor City for anything,’ he says

There are no rocking chairs in Hyde Park Village because everyone is on the move: joggers, dog-walkers, teenagers on electric scooters, friends snatching a coffee before repairing to their laptops. The village has already become a magnet for young people working in the creative industries. They hang out in shared work spaces and, after hours, meet at the sort of bars where everyone knows everyone else and the cocktails flow like water.

Want to watch an arthouse movie in a funky bistro? Here’s your chance. Or eat excellent Italian food in stylish surroundings? Look no further than Timpano, another humdinger of a restaurant.

For lovers of museums and galleries, the new Tampa Riverwalk (thetampariverwalk.com) is another must, linking a string of visitor attractions, from the vibrant Tampa Museum of Art (tampamuseum.org) to the Henry B. Plant Museum, (plantmuseum.com), an oasis of tranquillity.

I had brunch at the nearby Oxford Exchange, a much-loved Tampa institution. Part cafe, part shop, the Exchange is a lovingly crafted shrine to books. They even present your bill discreetly folded into a dusty old novel. Class.

On my last morning, I had breakfast in Goody Goody, a retro American diner, then took a mini-powerboat out into the bay. 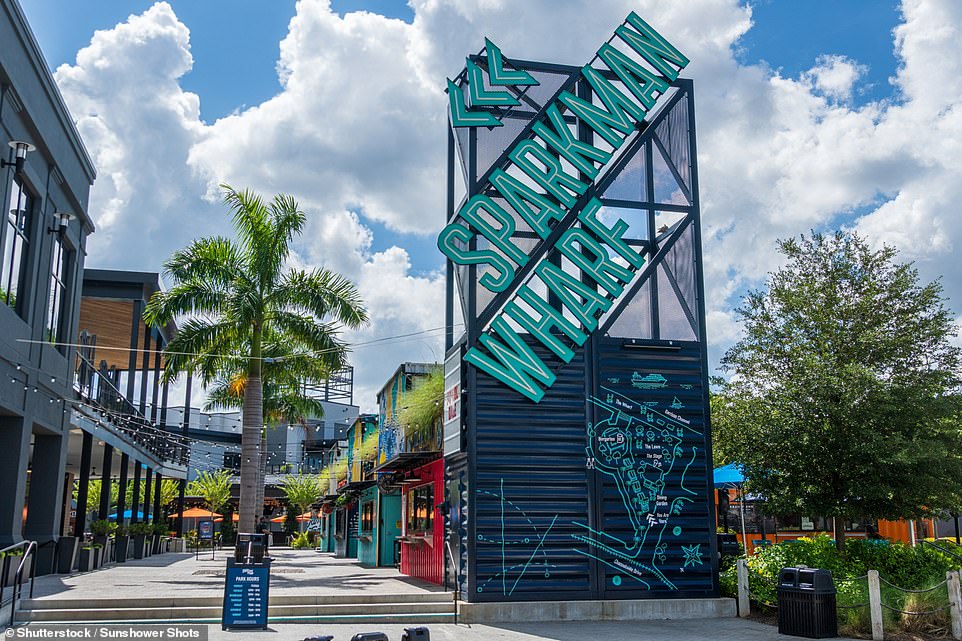 Max’s final port of call is Sparkman Wharf (pictured). ‘It was hard to drag myself away to catch my plane home,’ he writes

The views were so thrilling that I nearly disturbed a nesting pelican just 50 yards from the general hospital.

My final port of call was Sparkman Wharf. Millennials in shorts and T‑shirts sipped craft beer in refurbished shipyard crates, soaked up the sun and yakked about baseball, love and life without a care in the world.

It was hard to drag myself away to catch my plane home.

But isn’t that true of all great cities? They leave you wanting more.

Virgin Atlantic flies from London Heathrow to Tampa, return fares from £440 per person, (virginatlantic.com). Doubles at the JW Marriott from £390 a night (marriott.com). For more info on Tampa Bay, go to visittampabay.com.