It is often said of dogs that they look like their doting owners.

But the resemblance is not just limited to appearance – the pets act like them too.

There are links between some of the UK’s most popular breeds and the personality traits shown by their owners, says a study.

Those who have border terriers are likely to be charming, lively and exuberant while Staffordshire bull terrier fans are trustworthy and the most affectionate.

Jack Russell owners, such as King Charles and the Queen Consort, are the most loyal.

It is often said of dogs that they look like their doting owners. But the resemblance is not just limited to appearance – the pets act like them too

Those with cocker spaniels, like the Prince and Princess of Wales, top the list for being the most curious and family-orientated.

For the research, more than 1,500 current and past owners of 16 popular breeds were polled by The Kennel Club. The results also showed that those who enjoy new experiences and taking risks – and have lots of hobbies – tend to have whippets.

Owners deemed the most emotionally stable, by stating they were positive and happy, had golden retrievers.

Miniature schnauzers were favoured by those who liked being organised and sticking to the rules. Owners who ranked the most highly on traits relating to agreeableness and extroversion had pomeranians. 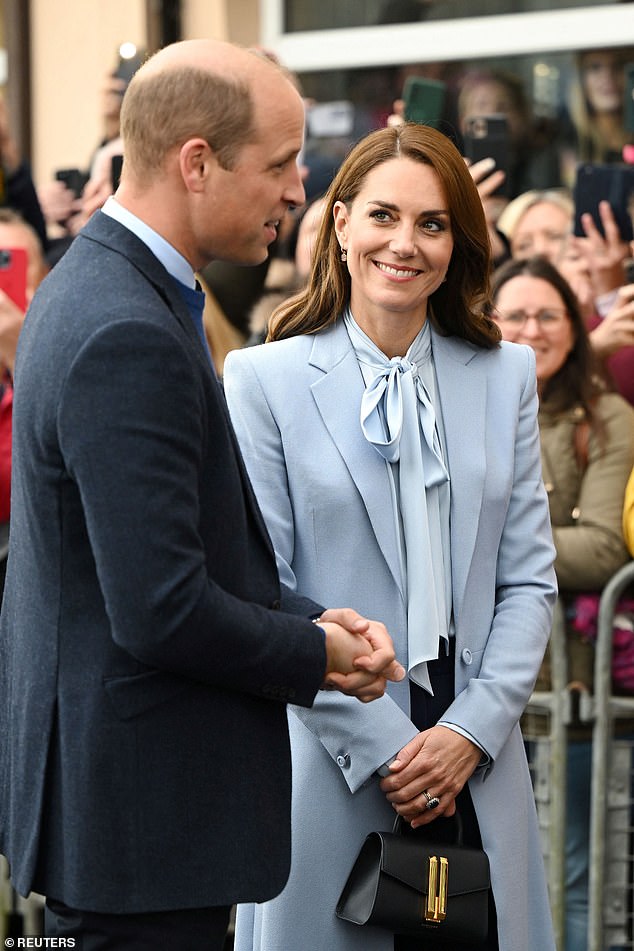 Those with cocker spaniels, like the Prince and Princess of Wales, top the list for being the most curious and family-orientated

But although dog-lovers may select breeds they feel an affinity with, they do not always choose pets suited to their lifestyle. Nearly two-thirds said they chose their four-legged friend based on looks or following their heart rather than their head.

Half of these owners then admitted they could not offer their pets all they needed.

Bill Lambert, for The Kennel Club, said: ‘It appears that we can often tell a lot about a person from the type of dog that they own.

‘It is striking to see how many people unconsciously select dog breeds with personalities that match their own character.’

The findings come ahead of the Discover Dogs event at ExCeL London next weekend when 200 breeds will be on show.