If you drive a diesel car, look away now.

That’s because a litre is – for the first time on record – over 20p more expensive than petrol.

Average UK pump prices on Wednesday saw unleaded selling for 163.13p, while diesel was 20.81p higher at 183.94p per litre. It means drivers of diesel-powered family cars are currently paying £11 more each time they fill up.

Look away now if you drive a diesel car: The price gap between a litre of petrol and diesel has surpassed 20p for the first time on record

The RAC confirms that yesterday marked the first time a litre of diesel had reached 20p higher than unleaded since records first began.

That makes diesel 13 per cent more expensive to buy than petrol.

While the price of diesel has historically been at a premium for motorists in Britain, the size of today’s price gap is far more significant than we’ve seen in the last 20 years.

Diesel prices in the UK have typically been around 5p-a-litre more than petrol since 2003, but the outbreak of war in Ukraine in 2022 has seen this gap drastically widen.

The gulf in price between a litre of unleaded and diesel has been growing in recent months on the back of Russia reducing its gas supplies.

This has resulted in an increase in diesel being used for heating and power generation purposes, especially in continental Europe.

And as the need for diesel has increased in recent weeks, the end of the so-called driving season in the US has seen petrol demand decline, increasing the price difference between the two fuels.

Last week’s announcement from OPEC+ has also accelerated the price gap on the news that it is cutting oil production by two million barrels a day.

This sparked an instant rise in the wholesale price of refined fuel, with oil trading above $90 having been below that mark at the end of last month. 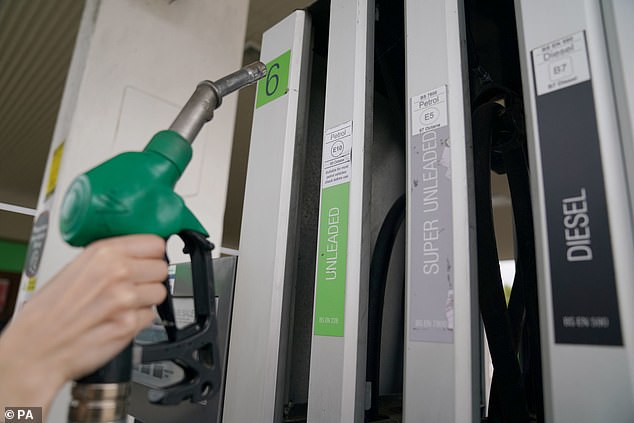 RAC fuel spokesperson Simon Williams said: ‘Since OPEC+ and its allies agreed to reduce oil supply substantially we’ve seen the price of wholesale diesel go up by 9p a litre and petrol by 4p a litre.

‘This has led to the average pump price of diesel going up by almost 4p a litre and petrol by nearly a penny.

‘Sadly for diesel drivers, the situation seems certain to get worse with prices heading back to 190p a litre which will add £3 to the cost of a tank.’

Pump prices reached a record high in early July 2022 when diesel hit a UK average of 199p per litre and petrol stood at 191.5p.

Sadly for diesel drivers, the situation seems certain to get worse…

Commenting on the increasing price gap between the two fuels last month, Steve Gooding, the RAC Foundation’s director, said that the greater demand for diesel as a heating and power source could see the price gap extend even further into the winter months.

‘Given that supplies from Russia have been cut back because of the war in Ukraine, this means there are a lot of people chasing less stock,’ he explained.

‘The bad news for UK diesel drivers – and the diesel-truck-dependent UK freight industry – is that, with winter only just starting and the war in Ukraine showing no sign of ending, the sizeable gap between diesel and petrol pump prices is likely to continue for several months to come even if the cost of oil drops.’ 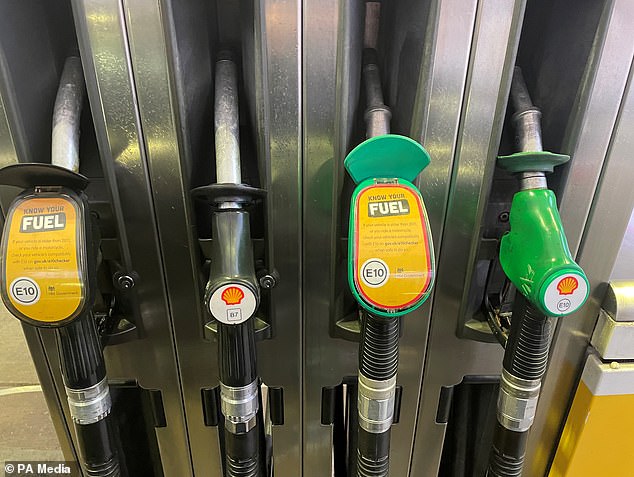 In July, a review by the Competition and Markets Authority into the road fuel market found that ‘the main drivers of increased road fuel prices are: the rising cost of crude oil; and a growing gap between the crude oil price and the wholesale price of petrol and diesel – the so-called ‘refining spread’.’

The CMA said ‘the ‘refining spread’ tripled in the last year, growing from 10p to nearly 35p per litre.’

Today, the Government officially responded to the CMA’s findings and said it supported its recommendations for an ‘open data scheme’ to provide drivers with up-to-date information on forecourt pricing near them.

However, it was less supportive of increased transparency over motorway fuel pricing, with the CMA saying this should be displayed on gantries before drivers decide to pull off the highway and into service stations.

RAC fuel spokesperson Simon Williams said it is ‘encouraging’ to see the Government talking about an open data scheme.

‘Hopefully, this would also lead to more custom for the lowest priced retailers and incentivise others to price more competitively,’ he said.

‘There is, of course, the danger that retailers will just ‘price match’ one another at levels that still don’t fairly reflect wholesale prices.’

The CMA has already committed to conducting a fuller review of the fuel retail market in a bid to shed some light on why the biggest fuel retailers have significantly upped their profit margins in recent weeks instead of passing on lower prices to drivers at their pumps in the cost-of-living crisis.

This has led to an ‘unusual situation’ where many smaller forecourts have been charging far less than their bigger rivals, including supermarkets.

Simon Williams said: ‘As supermarkets normally price their fuel 4p lower than the UK average drivers who continue to fill up at their forecourts without shopping around may have lost out significantly.

‘As well as knowing where they can buy the cheapest fuel drivers need some indication of whether retailers are charging a fair price in the first place.’