‘The training facilities are s*** and the academy is dead’: Diego Costa launches foul-mouthed rant against former club Atletico Madrid… and claims Diego Simeone’s side are ‘not at the level’ to challenge in Europe

Diego Costa has launched an astonishing rant against his former side Atletico Madrid, claiming the club’s training facilities are ‘s***’ and the academy is ‘dead’.

Costa, who is a free agent after terminating his contract with Brazilian side Atletico Mineiro in January, had two spells with the Spanish club.

The striker enjoyed a successful stint at Atletico from 2010 to 2014, which included winning the La Liga title and reaching the Champions League final under Diego Simeone, before leaving to join Chelsea.

He re-signed for the club at the request of Simeone in 2017 but injuries limited his impact, although he was a member of the team that won the Europa League in 2018.

Costa cancelled his contract in December 2020 after asking to leave six months early, citing personal reasons for his decision.

Speaking on Canal Pilhado on YouTube, Costa laid into his former side in an expletive-laden rant. 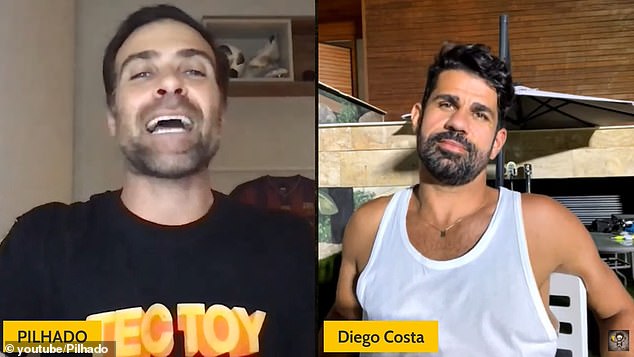 ‘Atletico Madrid is not at a level to challenge in Europe,’ the 33-year-old said. ‘It’s a lie. Mineiro, in terms of structure, quality that it gives to the player, the food, is better.

‘At Atlético they don’t have. European level? No, I’m not going to lie to you. The training locker room was s*** and the academy is also dead.’

Costa, who scored 83 goals in 216 appearances for Atletico, is still searching for a new club after leaving Mineiro earlier this year.

Teams in Saudi Arabia, Turkey, Brazil and the United States are believed to be interested in signing the striker, who also won two Premier League titles during his time with Chelsea. 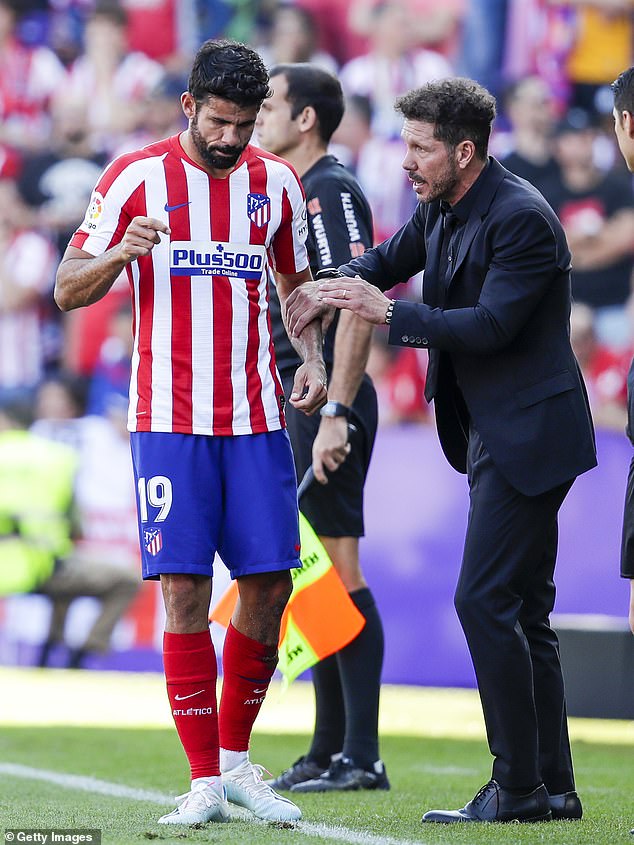