Diddy has given fans another precious glimpse at his newborn daughter Love.

The music mogul, 53, posted a snap of his daughter gazing happily towards the camera during his family yacht trip.

‘Good Morning from Baby Love!’ he wrote in the photo.

The adorable tyke wore a floral print outfit and headband decorated with pink flowers. She appeared to be in the arms of her mother, Dana Tran.

The infant made another appearance in a second family photo Diddy posted to his Instagram Stories.

The proud papa held the youngster as he posed alongside his family. He added a prayer hands emoji to the bottom of the photo.

Diddy is currently celebrating the holidays on board a luxurious yacht with his family, which includes his girlfriend Yung Miami. 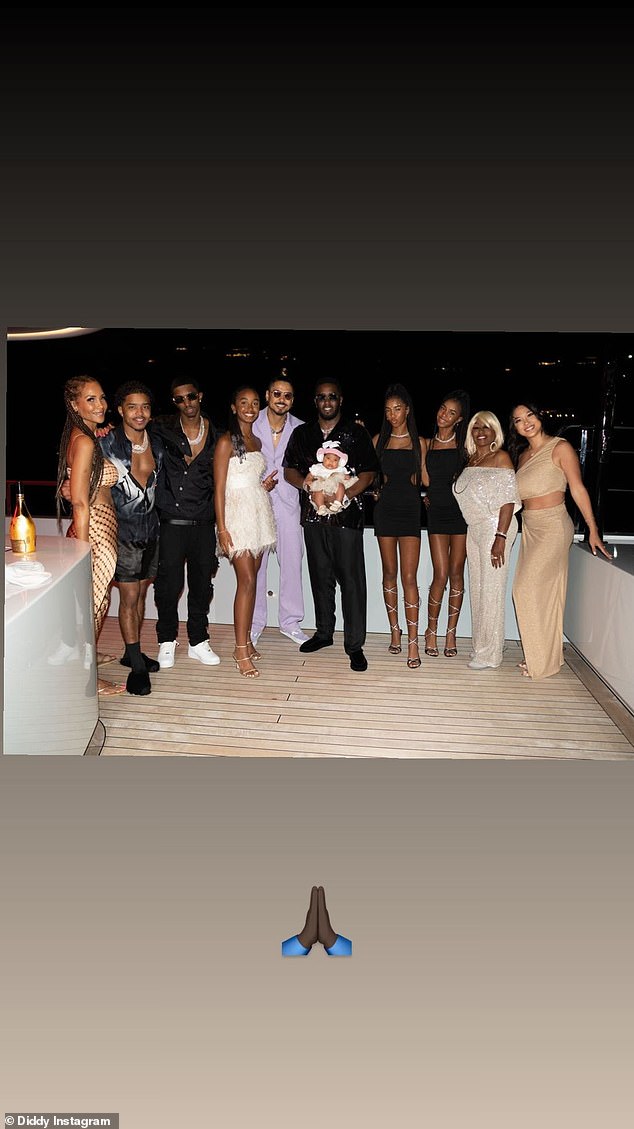 Family! The music mogul proudly held his infant as he posed with family 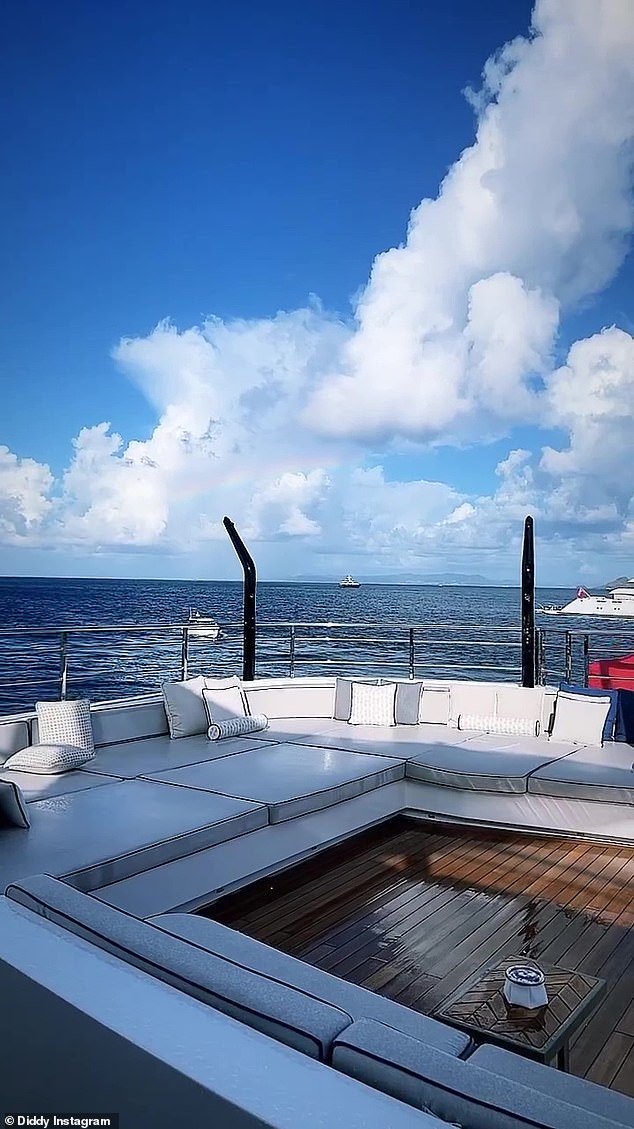 Vitamin sea! The rapper is currently onboard a luxury yacht with his family

The rapper shocked fans when he announced the arrival of Love late last year.

Baby Love’s mother is a 28-year-old cyber security specialist called Dana Tran, according to a birth certificate obtained by TMZ.

Born Sean John Combs, Diddy has since changed his name to Sean Love Combs, so his new baby – whose full name is Love Sean Combs – is essentially named after him. 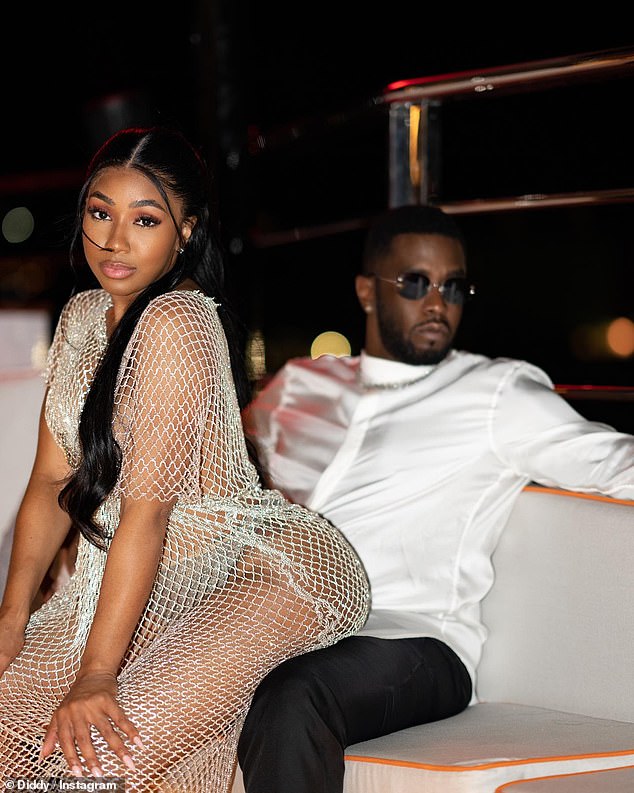 Loved up: At the time of the birth and still to this day, Diddy has been enjoying an open relationship with the busty 28-year-old rapper Yung Miami

Diddy has five other children with different partners.

And with ex-girlfriend Sarah Chapman, the I Need a Girl rapper shares a daughter named Chance Combs.

Kim Porter’s 31-year-old son Quincy Taylor Brown – conceived with record producer Al B. Sure! – was largely raised by Diddy and he remains a surrogate father figure to Brown, making him technically a father of seven.

At the time of Love’s birth and still to this day, Diddy has been enjoying an open relationship with the busty 28-year-old rapper Yung Miami.

The couple recently went Instagram official, both posting loved-up shots as they rang in the New Year on the yacht.

‘HAPPY NEW YEAR!! LOVE,’ Diddy captioned his snaps, while Yung posted, ‘Another 365 days around the world with you. Happy New Year!’ 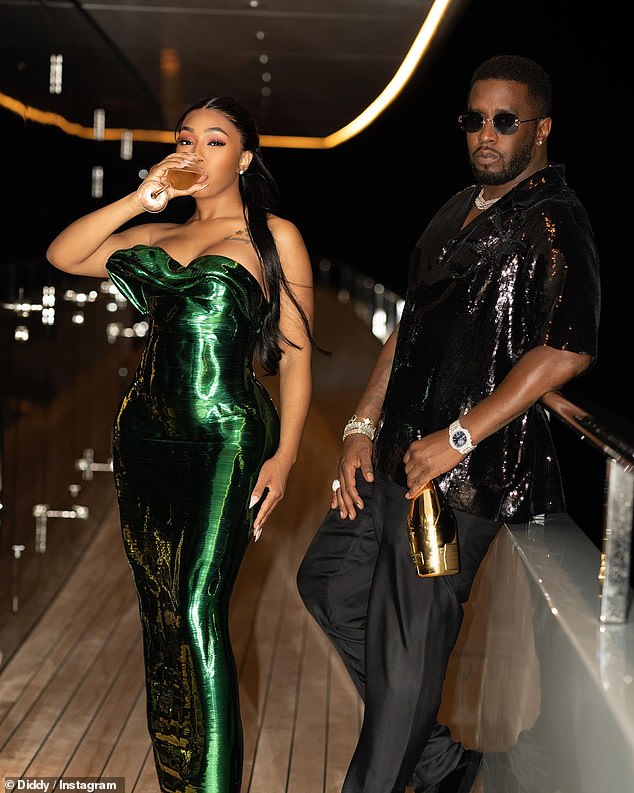 Happy New Year! The couple recently went Instagram official, both posting loved-up shots as they rang in the New Year on the yacht