EXPRESS INFORMER > ShowBiz & TV > Diana Jenkins has COVID! The star will not be able to make Housewives reunion taping

This means the 49-year-old blonde beauty will not be able to attend Friday’s taping of The Real Housewives Of Beverly Hills reunion alongside Lisa Rinna, Garcelle Beauvais, Kathy Hilton and Kyle Richards, among others.

The star has been showing symptoms, according to TMZ, and is under a doctor’s supervision.

She has recently fallen ill: Diana Jenkins has claimed to have COVID and is under doctor’s care, per TMZ; seen in 2017

But Diana will still have a presence at the reunion special as she will be participating via Zoom, the site added.

Jenkins has been in Hawaii for the past several days during a late summer vacation. She has been enthusiastically sharing photos from the trip on Instagram.

But sources tell TMZ that she is already back in Los Angeles where she is trying to recuperate from the virus.

This is not the first time a reality TV star has missed a reunion special due to COVID. Christine Quinn skipped a Selling Sunset get together when she claimed to come down with the virus this spring. 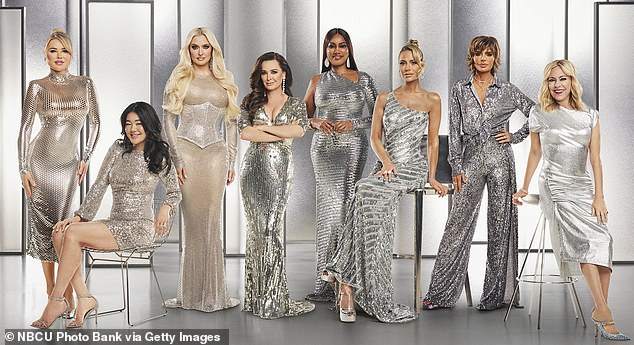 She will not join: This means the blonde beauty will not be able to attend Friday’s taping of the Real Housewives Of Beverly Hills reunion alongside Lisa Rinna, Garcelle Beauvais, Kathy Hilton and Kyle Richards, among others

This news comes just after Diana filed a lawsuit against internet ‘bots’ that blamed her for racist messages sent to Beauvais’ 14-year-old son Jax.

The complaint filed by the cast member in Los Angeles Superior Court asserts both she and the teen are victims of a ‘hateful campaign.’

According to the Los Angeles Times, Jenkins does not know who is behind the bots so she filed the lawsuit against unknown defendants, listed as John Does and John Roes in the filing. 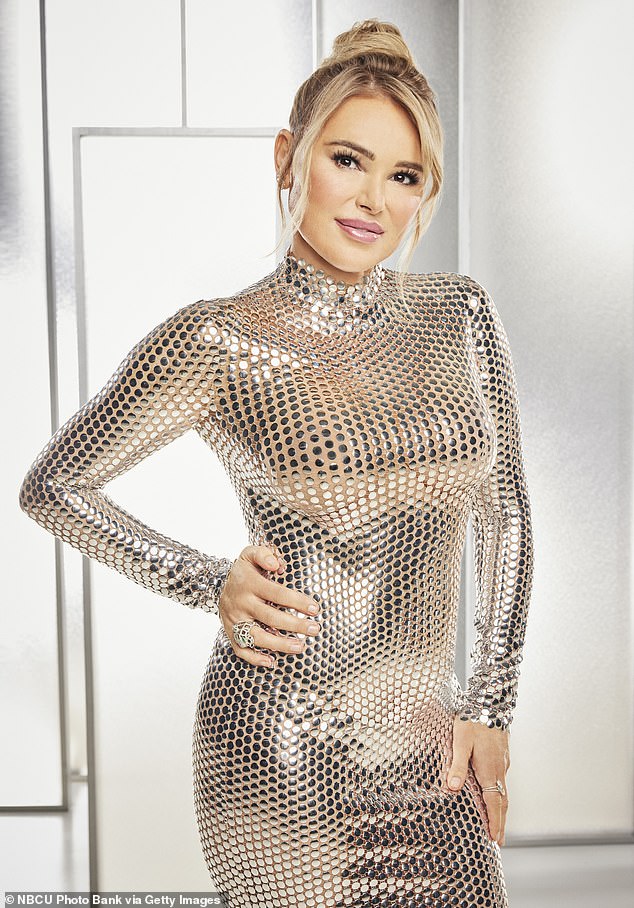 Lawsuit: Jenkins, 49, has filed a lawsuit against the anonymous person who bought ‘bots’ to attach her to racist messages sent to RHOBH cast mate Garcelle Beauvais’ 14-year-old son

The paper explained that lawyers recommend filing suit in online defamation cases ‘even before the defendant is known to avoid losing their rights under the statute of limitations.’

Diana and Garcelle, 55, have had some heated on-camera disagreements during the current season of RHOBH.

The lawsuit maintains these have always been respectful exchanges, but that ‘Two weeks ago, Defendant used bots to post racist and threatening messages targeting Ms. Beauvais’ fourteen-year-old son,’ and referred to the person behind the campaign as ‘morally bankrupt.’

The Neuro drinks founder contends that some of these bots have thousands of followers and that the posts have not only damaged her career, but have lead to threats against her and her family. 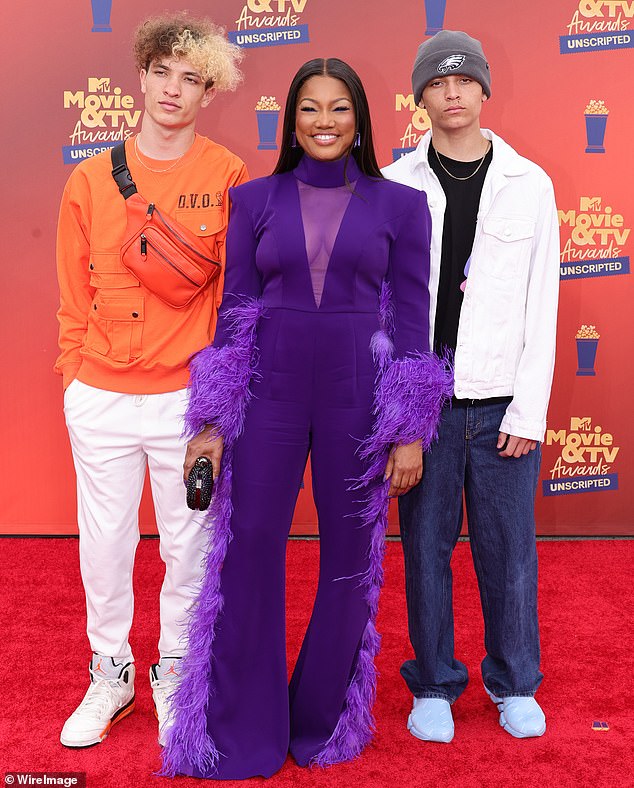 Attacks: The attacks began in August and hateful messages were sent to Jax, 14, in the white jacket, seen here with his mother and twin brother, Jaid, Los Angeles June 2022 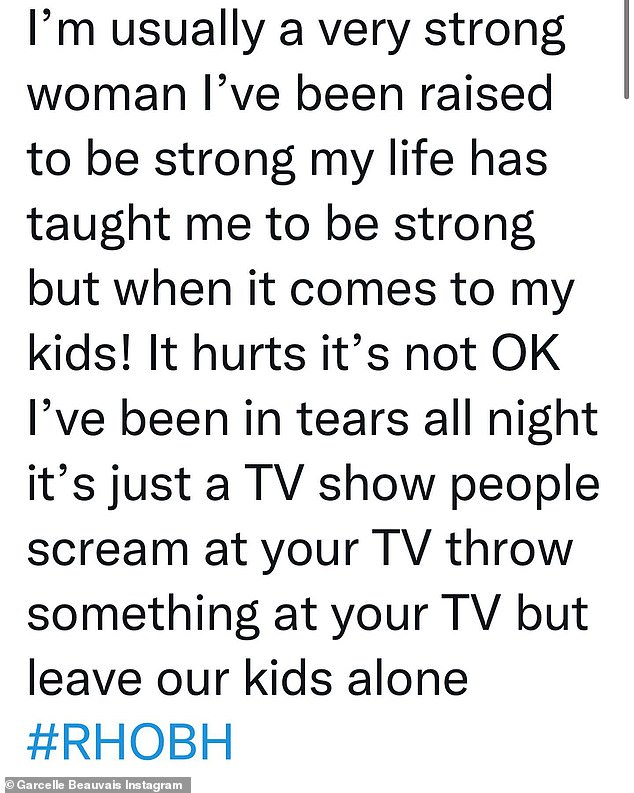 Plea: After her son was targeted, the Coming to America star took to social media to issue a plea to leave her children alone

The lawsuit credits internet sleuths who have tied the attacks to social media bots and not real people.

After the attacks began in August, Garcelle posted on social media writing, ‘I’m usually a very strong woman. I’ve been raised to be strong and my life has taught me to be strong, but when it comes to my kids! It hurts, it’s not OK I’ve been in tears all night and it’s just a TV show people scream at your TV throw something at your TV, but leave our kids alone.’

Jax also took to social media with, ‘I did not sign up for this show, nor do I have anything to do with the show’s drama. However, middle-aged women spamming me with racist and crude comments about my family is not what I expected for my first week of high school.’

It’s unclear why Jax, who has a twin brother, Jaid, was targeted. 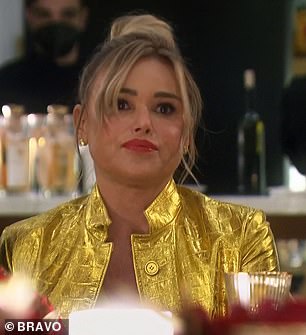 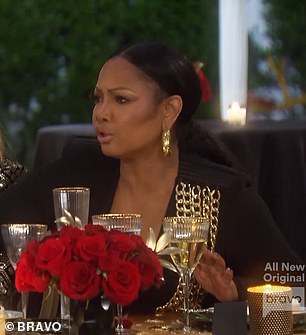 Respectful: The filed complaint recounts that Diana and Garcelle has been involved in some heated exchanges during the current season, but they were always respectful. She call the perpetrator ‘morally bankrupt’

Lisa Rinna, 59, spoke to the drama on which the reality show thrives, writing on social media, ‘We are doing a TV show. We try to entertain you. Why can’t you treat it like wrestling for gods’ sakes? Love us, love to hate us, but leave the kids alone.’

The mother of two, who shares daughters Delilah, 24, and Amelia, 21, with husband Harry Hamlin, 70, spoke of the harassment her children have received with ‘What you’ve said and done to my own kids [is] disgusting.’

Diana is seeking unspecified damages, once the perpetrator has been identified and brought before the court.