Police force refers itself to watchdog over death of ‘devoted’ PC, 43, who was found dead at home days after probe was launched into Covid rule breach with colleague

A ‘devoted’ Sussex Police officer has died suddenly at home, just days after being told he would be investigated for breaching coronavirus rules.

Police constable Doug Franks, 43, who served as a member of the Bognor Response team, died at his home in Lee-on-the-Solent, Hampshire, on February 10. He leaves behind a son.

Friends of the officer told the Sun that he had been fined for breaking the no-gathering Covid rule after colleagues reported him for meeting a female officer in a car park to complete paperwork outside of work hours.

Mr Franks was told he was being investigated for misconduct by Sussex Police just days before his death, the publication reports.

Police constable Doug Franks, 43, who served as a member of the Bognor Response team, died at his home in Lee-on-the-Solent, Hampshire, on February 10. He leaves behind a son

A source told the Sun: ‘He was the loveliest bloke, a top officer who was extremely good at his job and who loved his career serving the public and was the best, most devoted father to his beautiful son.’

Sussex Police Force has referred itself to the Independent Office for Police Conduct for an investigation into the death of Mr Franks.

A Sussex Police spokesman said: ‘The force is deeply saddened by the death of PC Franks at his home in Hampshire last Wednesday.

‘A referral has been made to the IOPC and Sussex Police is supporting Hampshire in their investigation on behalf of HM Coroner. 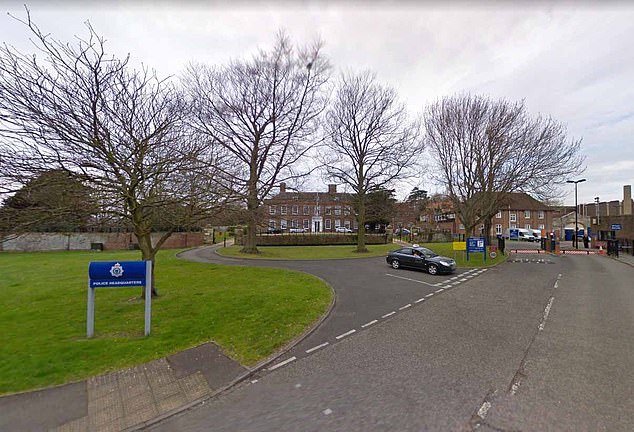 ‘As such, it would be inappropriate for us to comment further and we ask for the privacy of the family to be respected at this difficult time.’

The grandfather worked as a custody sergeant in Worthing, West Sussex, having previously been a policeman at Gatwick airport.

A force spokesman said Mr Preston had been working from home for several months and was admitted to hospital in January after contracting Covid-19. He leaves his partner, children and grandchildren. 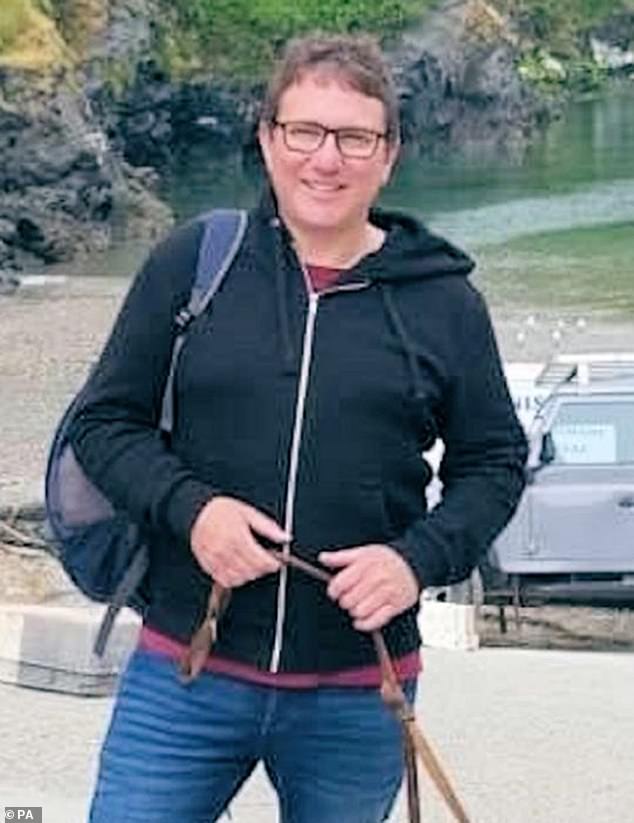 The chief constable of Sussex Police has paid tribute to two officers who died within two days of each other.

Chief Constable Jo Shiner said: ‘It has been a very sad week for Sussex Police with the untimely passing of two of our police family. My thoughts are with Doug and Sean’s families, friends and colleagues.

‘Doug was a much-liked and well-respected colleague, who fulfilled his ambition to be a police officer when he joined Sussex Police in July 2019. He was proud to achieve independent patrol status a year ago and served to keep people in Sussex safe.

‘A popular colleague, he was devoted to his son and his career. He joined the force after working as a financial investigator with the South East Regional Organised Crime Unit, where he built strong friendships and was known for his infectious enthusiasm.

‘Sean was a highly respected and experienced officer working in a number of roles within the service including Neighbourhood Sergeant at Gatwick Airport and Custody Officer at Worthing and Brighton. Sean was a huge character with a great sense of humour he was loved by everyone he worked with and devoted to his family.

‘They will both be missed by all who knew them and I am proud that they were able to serve the local community with passion, pride and commitment.’