Detectives arrest 30-year-old over the death of man, 20, who was found drowned in a river after he and four others burgled a cannabis factory

A man has been arrested on suspicion of murder after the body of a 20-year-old was found drowned in a river on the same night he broke into a cannabis factory.

Sol Hemy died after he and four others carried out a burglary on a house being used to cultivate cannabis on River Walk, Southampton, on September 5, 2019, with terrified neighbours hearing gunshots.

Mr Hemy’s body was later found in the River Itchen in Southampton, Hampshire, by police officers.

Today, detectives investigating his death announced they have arrested a 30-year-old man on suspicion of murder, as well as possession of another person’s identity document and obtaining criminal property.

Sol Hemy, 20, died after he and four carried out a burglary on a house being used to cultivate cannabis on River Walk, Southampton, with terrified neighbours hearing gunshots

A spokesman for Hampshire Constabulary said: ‘Sol’s body was found in the water at Riverside Park on September 5, 2019, following a burglary at an address on River Walk where gunshots were fired and a group broke into a house being used to cultivate cannabis.

‘Officers investigating Sol’s death arrested a 30-year-old man from Southampton on suspicion of murder and questioned him in custody.

‘He was released on bail until January 24, 2021, to allow for further enquiries.’

Two men were previously arrested in connection with Mr Hemy’s death but were released with no further action taken against them. 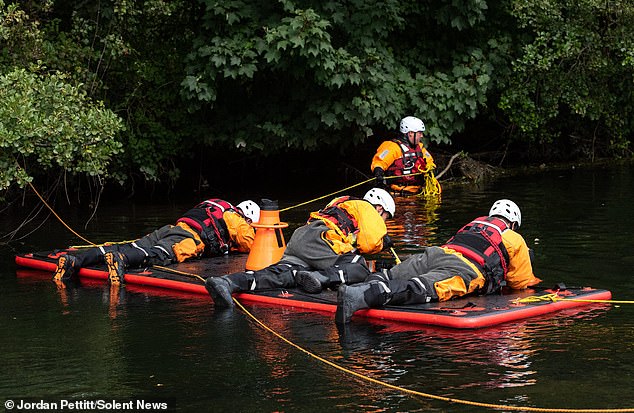 Mr Hemy’s body was later found in the River Itchen in Southampton, Hampshire, by police officers 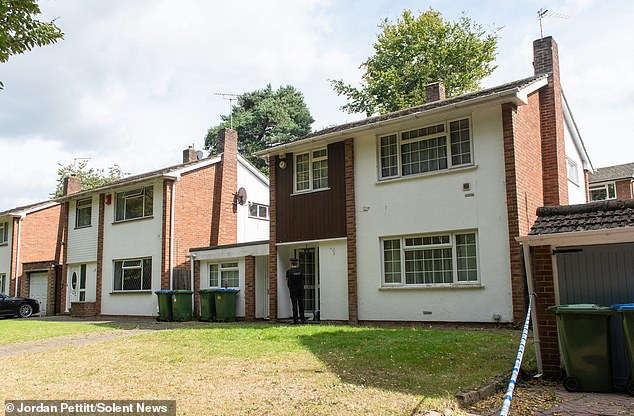 A house on River Walk in Southampton, Hampshire, where police were focusing their investigations in September 2019

In November of this year four men were jailed for a combined total of 25 years for conspiracy to commit burglary and possession of a firearm in relation to the raid on the cannabis factory which took place on the night of Mr Hemy’s death.

Speaking after their sentencing, Detective Inspector Andy Symes said: ‘This group of young men decided they would try and steal a large amount of cannabis, for their own gain, on a residential street, without any regard for the rest of the community and how their actions would affect others. 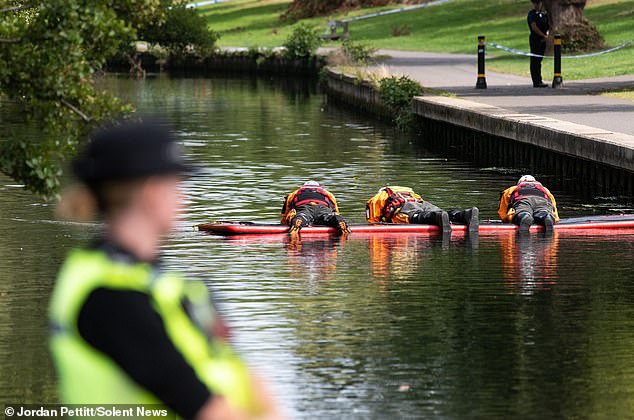 Police officers and divers at the scene in Riverside Park in Southampton, Hampshire in September 2019

‘It must have been terrifying being a resident in River Walk that night, and hearing gunshots in their neighbourhood.’

An inquest into Mr Hemy’s death is expected to be held next year.