Legendary British designer, retailer and restaurateur Sir Terence Conran has died peacefully today at his Barton Court after a remarkable 65-year-old career, his family said in a statement.

Sir Terence, who is credited with making stylish housewares and home décor available to a wider market beginning in the 1960s, was called a ‘visionary’ who ‘revolutionised the way we live in Britain’ by his family today.

The statement, released by the Design Museum today, said: ‘A proud patriot, Sir Terence promoted the best of British design, culture and the arts around the world and at the heart of everything he did was a very simple belief that good design improves the quality of people’s lives.

‘From the late forties to the present day, his energy and creativity thrived in his shops, restaurants, bars, cafes and hotels and through his many design, architecture and furniture making businesses. 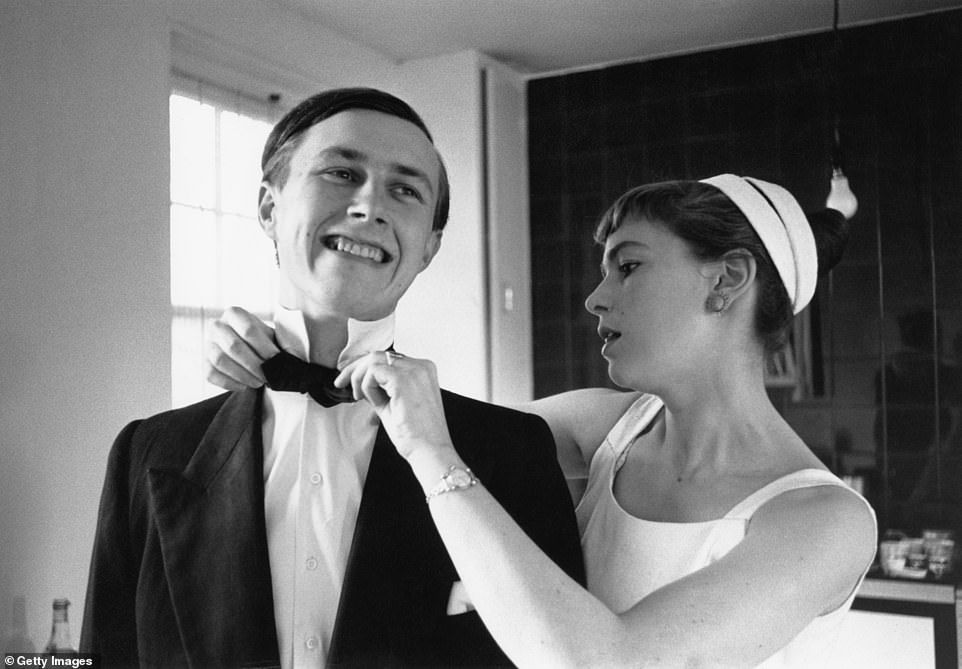 Designer and restaurateur Terence Conran of St John’s Wood, London, prepares for a night out in London with his wife, journalist and author Shirley Conran, IN June 1955 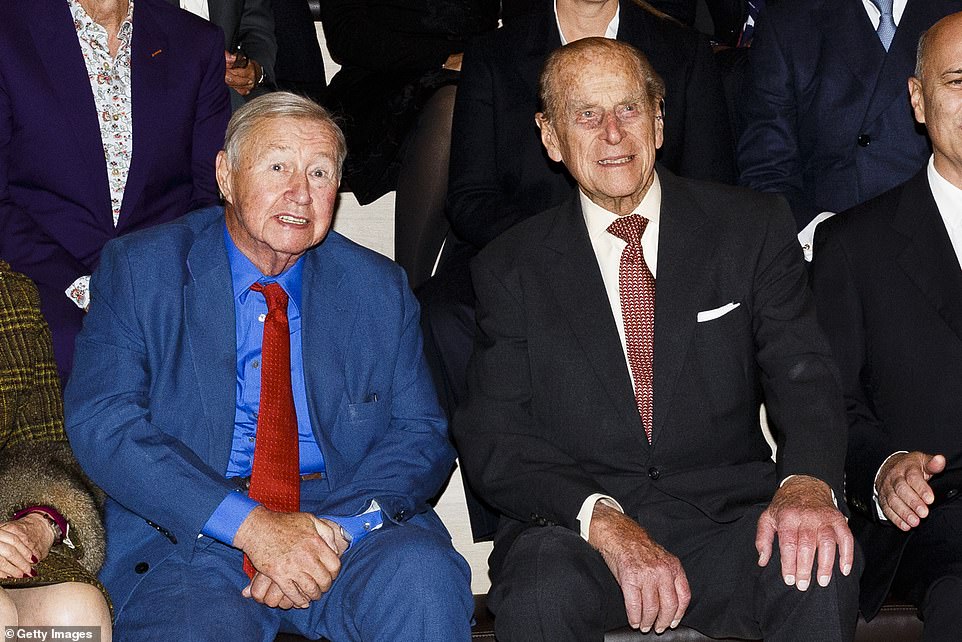 Sir Terence (left, with the Duke of Edinburgh) was described by his family as a ‘visionary who enjoyed an extraordinary life and career that revolutionised the way we live in Britain’

‘Founding the Design Museum in London was one of his proudest moments and through its endeavours he remained a relentless champion of the importance of education to young people in the creative industries.

‘Sir Terence enjoyed a remarkable life to the full and always maintained that his work never felt like a job – everything he did for business he would have done for pleasure.

‘In his private life he was adored by his family and friends and we will miss him dearly.

‘It gives us great comfort to know that many of you will mourn with us but we ask that you celebrate Terence’s extraordinary legacy and contribution to the country he loved so dearly.’

Leading dedications to the design icon, Lord Mandelson, Chairman of the Board of Trustees of the Design Museum, said: ‘Terence Conran has filled our lives for generations with ideas, innovation and brilliant design.

‘He is one of the most iconic figures of post war Britain, starting to recast the world of design when as a young man he joined the team working on the 1951 Festival of Britain and never stopping from that moment on. He leaves a treasure trove of household and industrial design that will stay with us forever.

‘And in the Design Museum which he conceived, inspired and drove, he has the most brilliant, enduring tribute and legacy. All of us at the Museum will miss him terribly and never lose sight of what he believed in and what he has contributed to the UK story.’

Tim Marlow, Director and Chief Executive of the Design Museum said: ‘Terence Conran was instrumental in the re-designing of post-War Britain and his legacy is huge. He is revered by generations of designers from Mary Quant and David Mellor to Thomas Heatherwick and Jonny Ive.

‘He changed the way we lived and shopped and ate. He also created a great institution – the Design Museum – of which he was justifiably proud and with which he remained fully engaged right to the end of his extraordinary life. It was a privilege and an inspiration to know him.’

Deyan Sudjic, Director Emeritus of the Design Museum said: ‘No one has done more to create modern Britain than Terence Conran. He spent his whole career looking for ways to make life better for everyone.’ 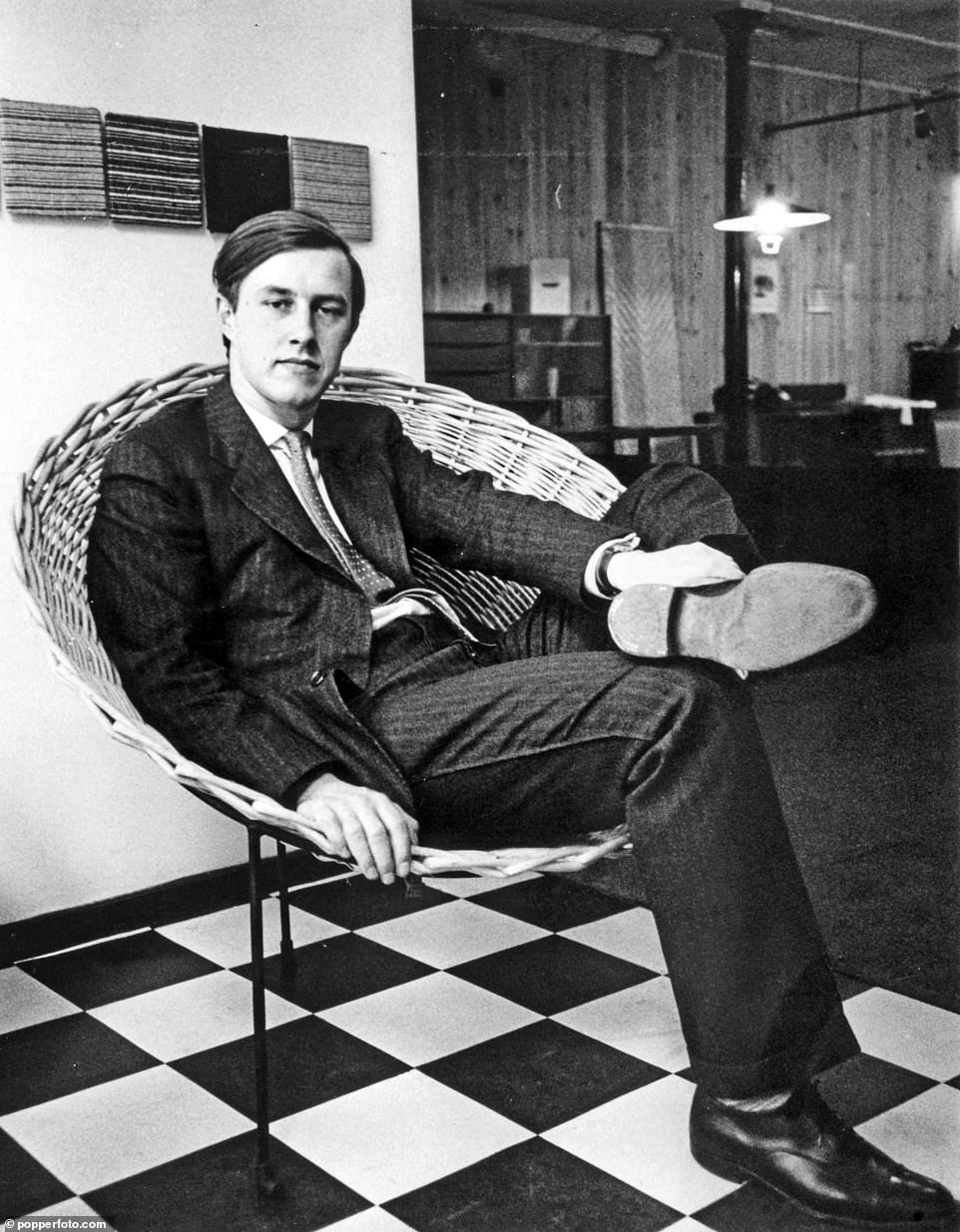 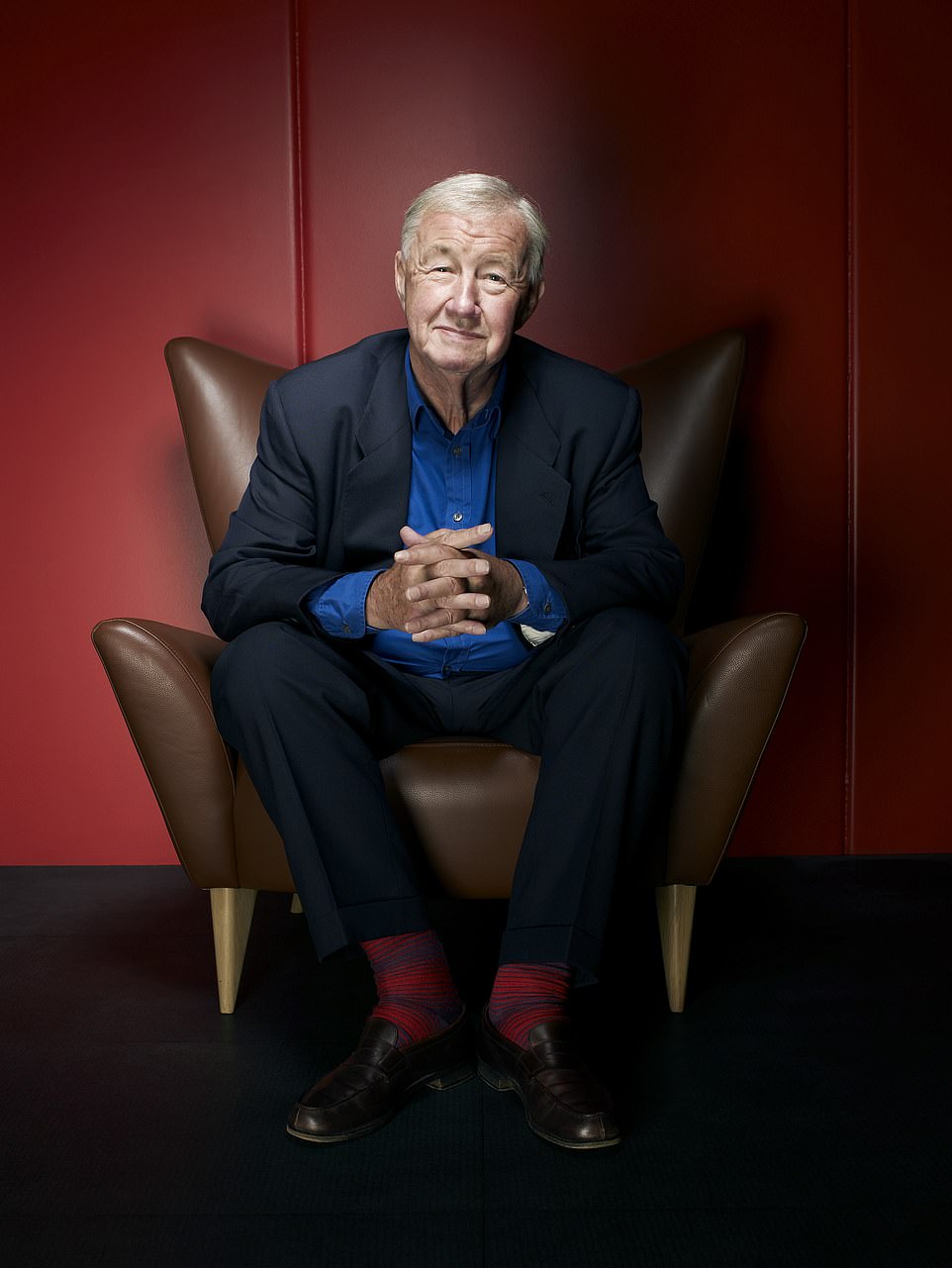 Sir Terence, born on October 4, 1931, attended the Central School of Arts and Crafts (now a college at Central Saint Martins University of the Arts), where he studied textile design.

He established a furniture studio while a student, sharing the space with one of his professors, artist Eduardo Paolozzi. In 1950, he left school to work for an architect, whom he assisted in planning structures used for the 1951 Festival of Britain. He opened Conran and Company, in London’s Notting Hill neighbourhood in 1952.

Impressed by Gallic cuisine during a sojourn in France that year, Sir Terence, along with several friends, opened a French-inspired restaurant in London in 1953. In 1956 he formed the Conran Design Group, which, in addition to subsuming his furniture business, designed interiors and retail spaces.

Among the nascent atelier’s early efforts was a shop design for fashion designer Mary Quant. Though Sir Terence made much of his early furniture by hand, by 1963 he had moved operations to a large factory in Norfolk, England.

In 1964 Sir Terence opened Habitat, a store selling his furniture as well as a range of then-obscure housewares such as woks, in London’s Chelsea neighbourhood. 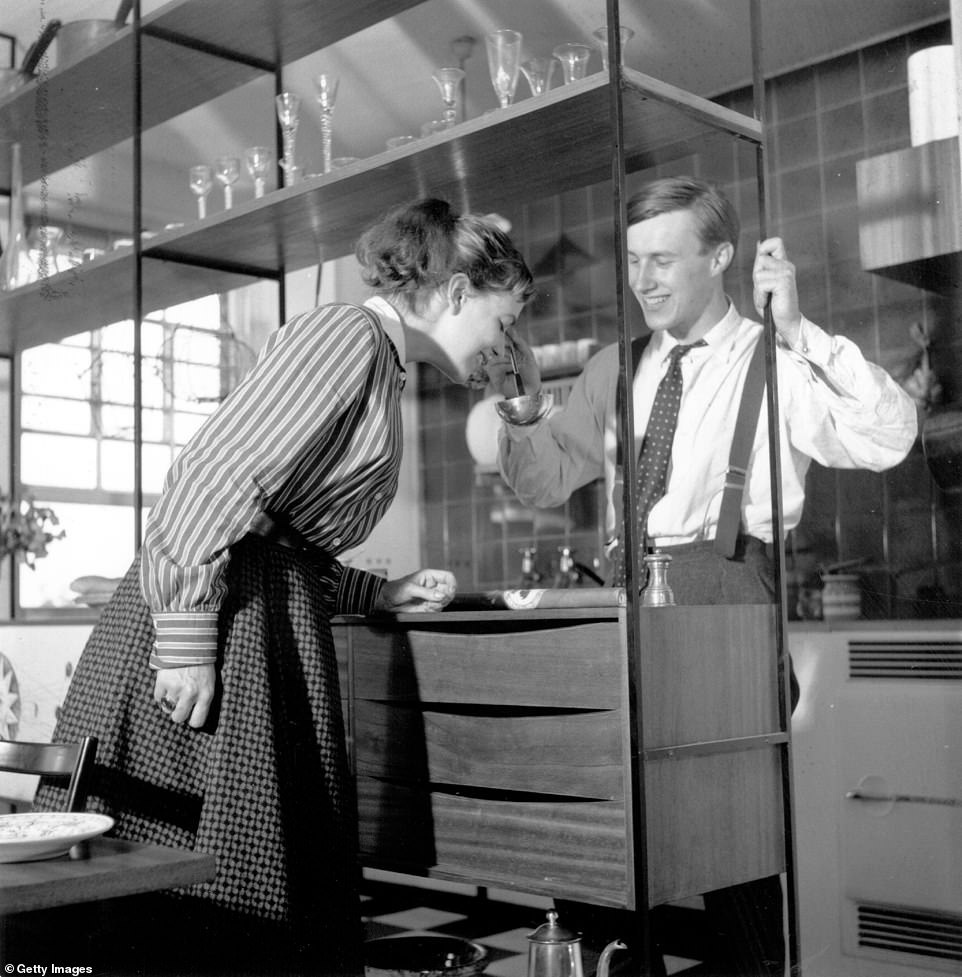 The statement said: ‘A proud patriot, Sir Terence promoted the best of British design, culture and the arts around the world and at the heart of everything he did was a very simple belief that good design improves the quality of people’s lives’ 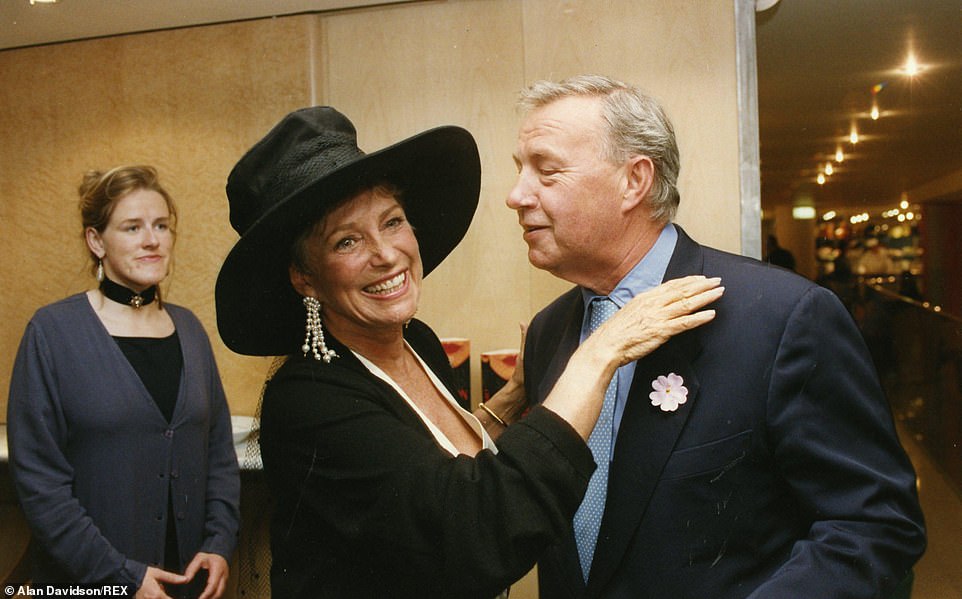 His innovative ‘flat-packaging’ – which required the purchaser to assemble the furniture at home – allowed for substantially lower pricing.

Sir Terence opened a succession of Habitat outlets in London, and by 1970 the retailer had merged with a stationery company, which gained controlling stock. By 1977 the chain had expanded to the United States, where it was known as the Conran Shop because of trademark conflicts.

He reacquired Habitat in 1980, and in 1981 he took the company public. A year later it expanded to include Mothercare, a retailer of maternity and infant products.

In 1986 Sir Terence folded those stores, along with British Home Stores and several clothing chains, into the conglomerate Storehouse, for which he served as CEO and chairman. Following the poor performance of the unwieldy holding company, investors ousted him as CEO in 1988, and he stepped down as chairman in 1990. 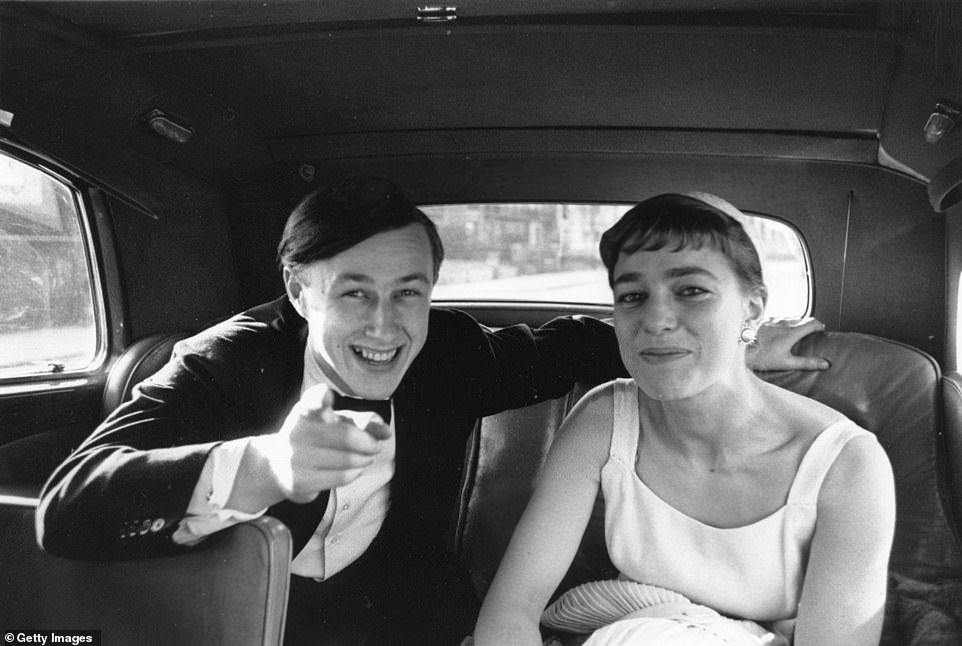 Designer Sir Terence Conran and his wife Shirley in the back of a car in St John’s Wood, 1955

Habitat, of which he had again lost ownership, was sold in 1992 to the Ikano Group, a Swedish company that also owned the mass-market IKEA housewares chain.

Sir Terence, however, maintained some of his business interests under Conran Holdings, established in 1990. Among them was his growing restaurant business, established as Conran Restaurants in 1991, which oversaw a variety of eateries in London as well as internationally, and his architectural design firm (founded 1982).

The latter, which became Conran & Partners in 1999 following a merger, designed portions of the massive Roppongi Hills development in Toyko (2003).

He also managed to salvage the Conran Shop from Storehouse, buying back the retailer and erecting outposts in France, Japan, and the United States.

He established Boilerhouse, an exhibition space at the Victoria and Albert Museum intended to showcase the intersection of form and function in industrial design.

Boilerhouse opened in 1981 and evolved into the Design Museum, which moved to a converted warehouse in London in 1989 and then to a larger building in 2016.