Converse has denied ‘borrowing’ ideas from a designer who spotted a striking similarity between their new range and designs she submitted on a rejected internship application two years ago.

Cecilia Monge, 22, from Florida, says she applied for a design internship with Nike-owned shoe giant in 2019 and submitted artwork for ‘National Park’ themed shoes as part of her pitch.

Taking to TikTok in a clip that more has more than 9 million views,  she revealed she never heard back from the company apart from a rejection via an automated email, and was shocked to discover the brand has now released shoes ‘exactly’ like the ones she pitched – without giving her credit.

But Converse has denied claims of ‘copying’ saying that they have been working on the shoe since April 2019 – seven months before Cecilia applied for a job.

‘Two years ago I applied to a design internship with Converse and I got really excited about it, really wanted the internship so I went above and beyond and kinda made a pitch slide deck within my portfolio that I sent them for the application,’ she said in the clip which had more than 8 million views.

‘Never got the internship, didn’t hear back from them and then saw this on the internet,’ she added.

‘I don’t think it’s a coincidence and it’s kind of just unfortunate when larger companies borrow from smaller designers,’ she added.

Converse told FEMAIL: ‘In November 2019, the candidate did apply to a Converse internship for 2020 summer program – a highly competitive program, which receives thousands of applications each year. She was not hired or screened for any roles.

‘The application did not include a request for, nor did Converse solicit design portfolios/samples to be submitted. As a matter of standard legal policy, we do not share unsolicited portfolios of job applicants across the business.

‘In October 2020, we released a Chuck 70 design, which took inspiration from the map patterns of Nor’easter storms. It was first concepted and designed in April 2019. Due to the popularity of the style, we continued it in 2021 under our design concept “Hybrid World”, which explores original design concepts informed by the physical and digital realities of modern lives.  The Great Outdoors and specifically, National Parks served as inspiration for various colour palettes, which were applied across a number of executions across the Chuck 70, Chuck Taylor All Star and Apparel. 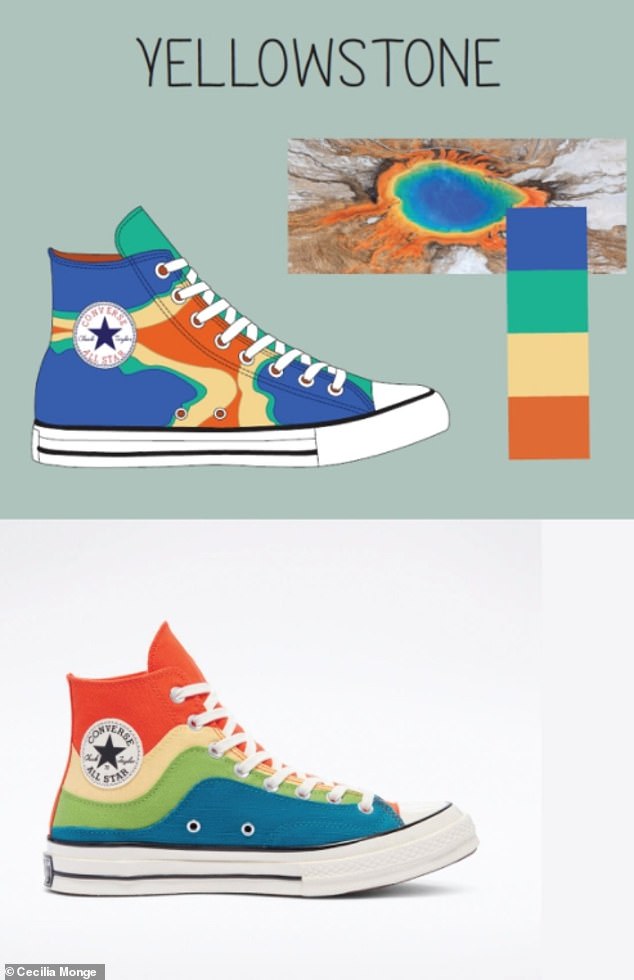 Another pair submitted by Cecilia is called Yellowstone (shown top), and is  also inspired by the National Park. Both Cecila’s shoe and the Converse version (bottom) has a blue base with a yellow and green pattern

In the clip she shares a side by side comparison of her designs with the newly released Converse shoe.

One shoe – which Cecilia called ‘the Grand Canyon’ – has brown, red, yellow and orange stripes.

While it doesn’t directly mention The Grand Canyon, the shoe’s description says it’s ‘inspired by vistas of national parks’. 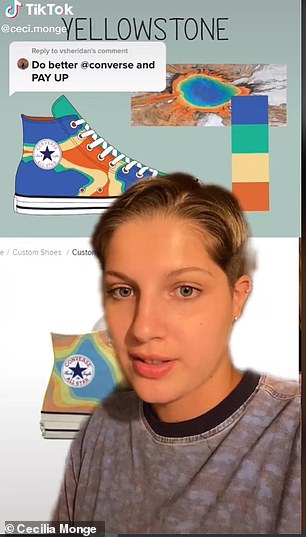 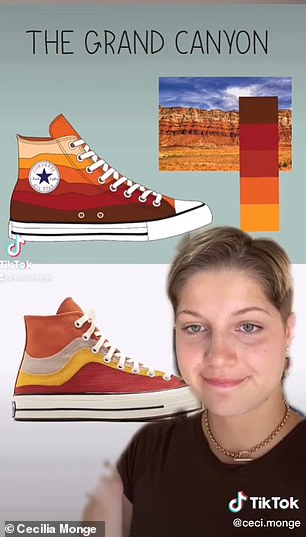 Another pair submitted by Cecilia is called Yellowstone, also inspired by the National Park.

Both Cecila’s shoe and the Converse one has a blue base with a yellow and green pattern.

Cecilia says that at first she was sceptical that a company of that size would notice her designs, but prompted by her friends and family who believed she’d been copied she decided to take to TikTok. 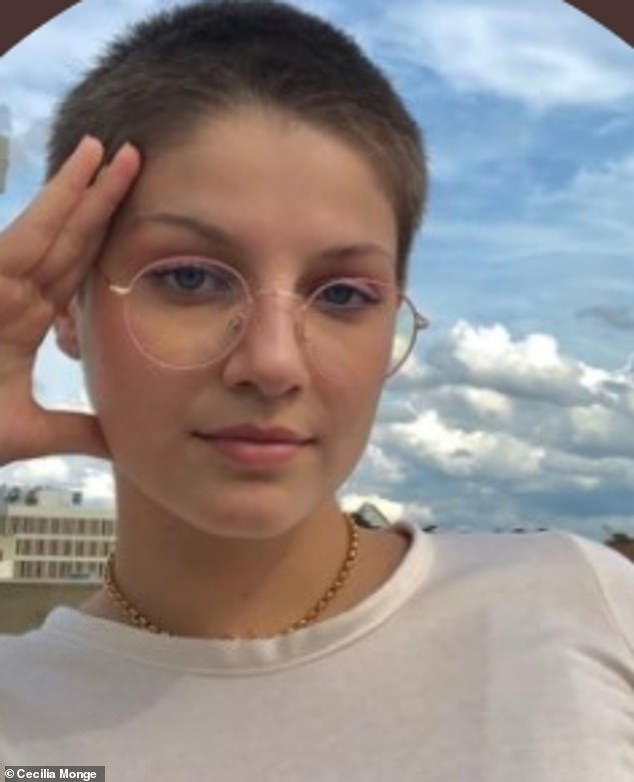 Cecilia (pictured) says that at first she was sceptical that a company of that size would notice her designs, but prompted by her friends and family who believed she’d been copied she decided to take to TikTok.

Speaking to unofficial fashion industry watchdog, Diet Prada, Cecila said:   ‘I really wanted the position. I thought I should show initiative and create my own line of Converse to show them I could be successful in the role if they hired me, which is a common practice in design roles.’

‘I was not expecting this at all. Within four  hours my TikTokhad 800K likes and 2.8 million views.’

‘They didn’t assign an interview project or ask us to design a line for the “National parks”.

‘I 100% came up with designs and the concept on my own and sent it in to them in good faith.’

‘I’m hoping for more people to care about large companies stepping on the little guy, and to learn more about how often large companies are powered by the creativity of people they didn’t even give the time of day.